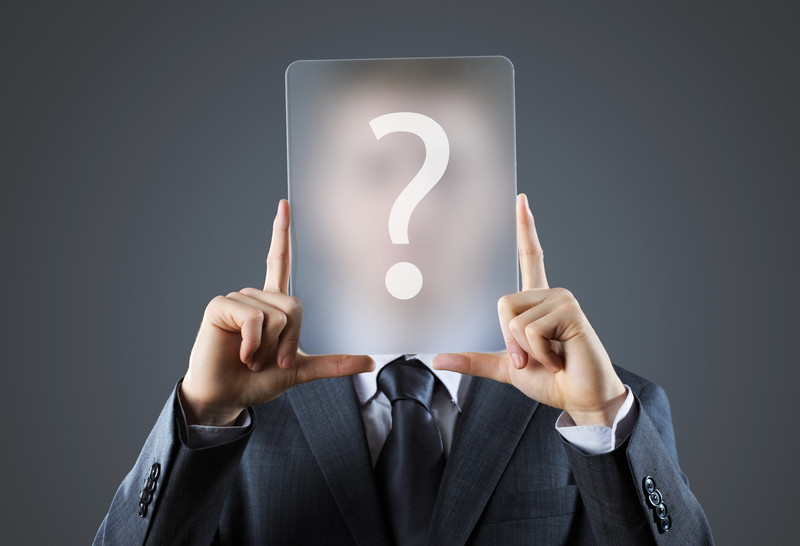 Exposing the man, the myth, the legend… now what?

by Edward DeLeon Hickman
in Altcoins, Bitcoin, Knowledge Base, Markets and Prices, News
0

I take a look at the market implications, what kind of media response we can expect, and where this whole fiasco might lead.

If you’ve even so much as glanced at a cryptocurrency related media outlet this news cycle then you’ve undoubtedly heard the news that an old email address reported to have once belonged to Satoshi Nakamoto has been compromised and that information about the Bitcoin protocols mysterious inventor may soon be forthcoming. Whether or not this is indeed a genuine window into the elusive inventors life remains to be seen but for now lets have a frank an honest discussion about what the larger implications of his sudden exposure might be. 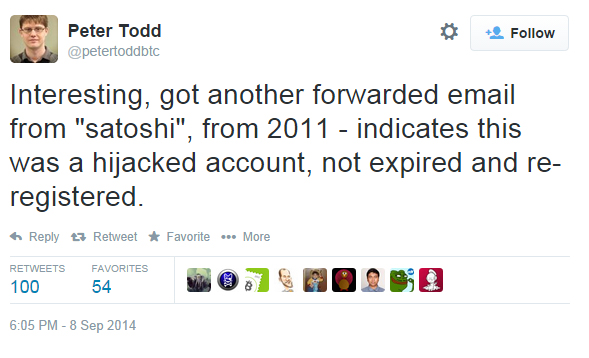 I want to preface this by saying that while I think it will be very dubious for Satoshi himself it may very well be an amazing boon the the rest of the community. Mind you, no matter who he is we can expect the media to lambaste him. If he has gotten so much as a traffic ticket over the course of his life you can expect it to be a part of the news cycle. Any hope he may have had at a private life will have been more or less shattered as the on crush of supporters, investigators, avid admirers, investors, journalists, etc all clamor to find out every little detail about his life. That much is a given.

Now that said, it might still be the best thing that ever happened to our community. Even if he turns out to be a very flawed (IE – human) individual we will still know who he is. We will still be able to dispel the looming noise about cryptocurrency being a program run by the CIA, NSA, FBI, KGB, KFC, NYPD, etc, etc. We will finally be able to ask direct questions about the “Why” of Bitcoin vs. the “How”; which thanks to open source policy we at least have a solid understanding of the latter.

Yet regardless of the answers we get back I think it will have a positive net effect. Not only will it become an amazing news piece to be shared around the globe (thus putting Bitcoin into the minds of millions, once again), it will also finally bring that last piece of openness into the equation so we will know the technologies full history. 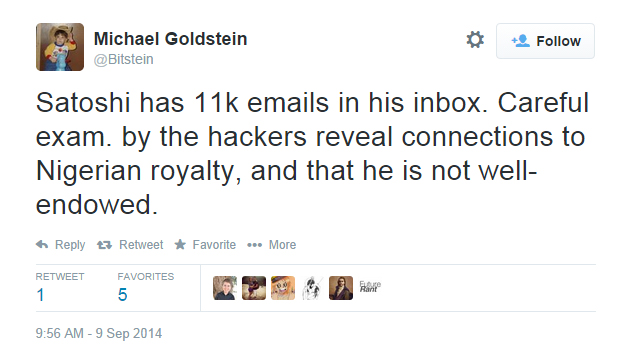 For now the biggest hurdles I have seen against adoption deal directly with an unease over the complexities and mysteries of the protocol. If we can eliminate or diminish the unease around the genesis of this amazing new technology then dealing with the complexities becomes a technical problem that millions of the worlds brightest minds are already actively working to solve. The user interfaces and feature sets of wallet like applications in the future will undoubtedly be a thing to behold but imagine how much easier it will be to say yes to those applications if we all knew the whole story.

So while I may initially fear for Satoshi Nakamoto himself, the truth is if he plays his cards right being exposed could be the starting point for the most amazing chapter in his/her/their life. I know there are a number of rabid supporters who would bend over backwards to honor the man for what he has accomplished. Whether that is enough to stave off the inherent problems (legal or otherwise) of being the inventor of one of the most groundbreaking technologies the world has seen in a lifetime remains to be seen. I for one would love to find out though (even if it means tough times for Satoshi Nakamoto, whatever he/she/it is).

And just in case anyone has forgotten, we exist in a world with 85+ Trillion US dollars in economic activity each year. If Crypto-currencies as a whole were to someday account for even 1% of that number it means total market cap would be 850,000,000,000 USD (meaning if it was all in Bitcoin each token would be worth 64,153.96 in USD at this time). While that is of course a very fanciful, pie in the sky scenario for a myriad of reasons (not the least of which is that Bitcoin may or may not be the dominant crypto by then) we can at least get an idea as to the size of the ocean this exciting new invention called the Blockchain, is puttering around in.