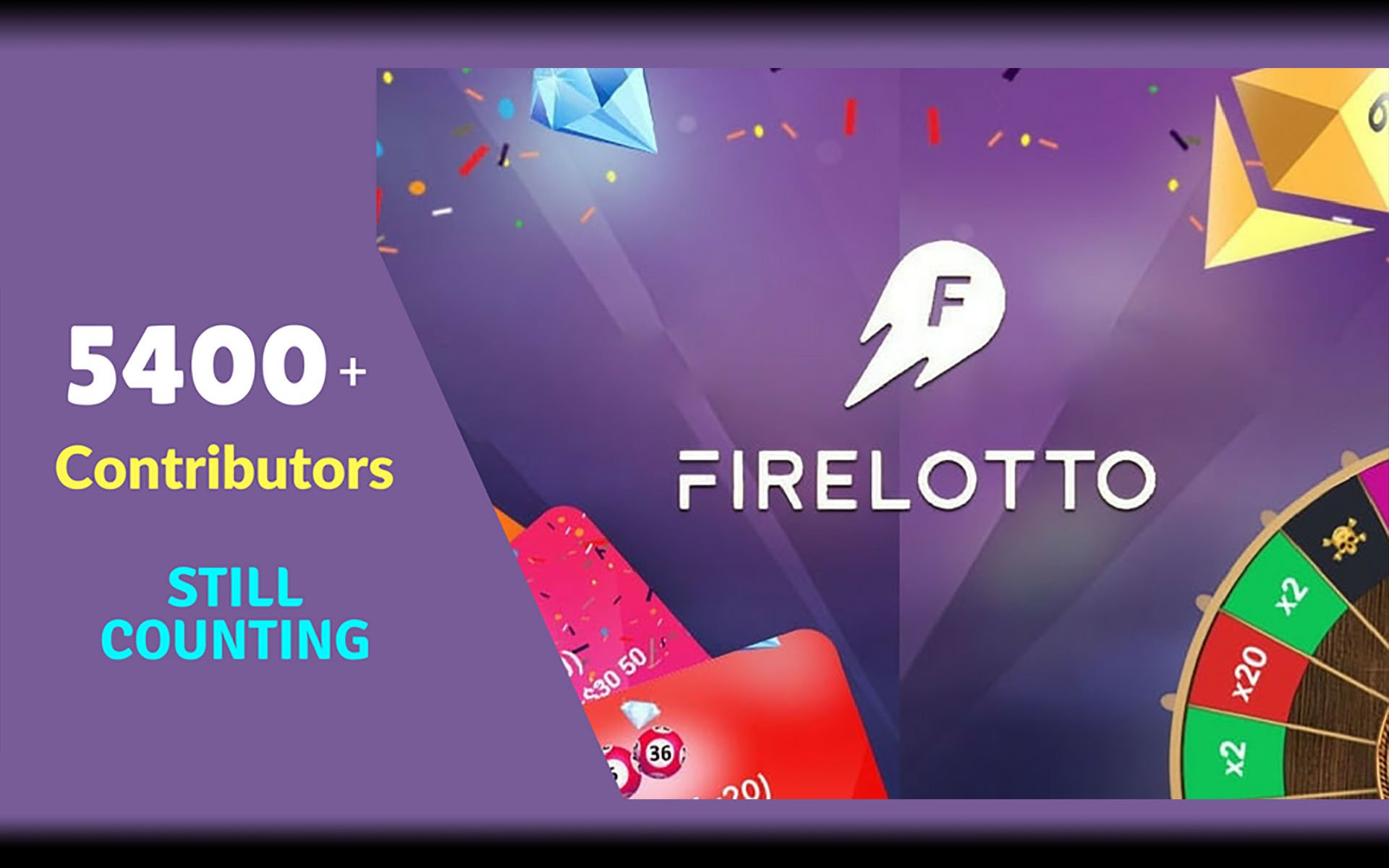 FireLotto Crypto Lottery ICO Is In Full Swing With 5400+ Contributors

After the successful completion of the presale of FireLotto tokens (FLOT), the official crowdsale is now on and gaining excellent pace. This exercise provides a perfect opportunity for backers that want to support the world’s first lottery hedged on the blockchain, to buy the tokens. Developed by a Hong Kong-based firm, Passado Company Limited, FireLotto intends to avail a total of 77% of its tokens to the public. The exercise has so far raised more than US$ 3 million.

The core development team of FireLotto have faith that when it starts operating on full throttle, the lottery will transform the online gambling industry by introducing the benefits of the blockchain technology. The team’s conviction is further reaffirmed because the project presents numerous opportunities for backers to earn.

For instance, the token holders shall receive commissions for every ticket that the platform sells, and the price of the tokens will most certainly spike consistently once the lotto goes live. These two factors and the idea of securing commission payouts using smart contracts will guarantee the backers have an endless stream of revenue.

About the FireLotto Lottery Platform

The FireLotto has four gambling markets in all. All these; the 4/20, 5/36, 6/45 as well as Roger’s Wheel, use the smart contracts on the Ethereum blockchain to administer the lottery. The very same smart contracts collect the funds, randomly draw the winning entries, and distribute the commissions earned from the sale of tickets.

The Unique Selling Points of FireLotto

The lottery stands out because it incorporates a credible Fair Play principle, is built on a blockchain, and has a product that is already live and usable. In fact, players can already participate in the prize pool lottery that is available here. Besides, it uses the decentralized protocol of Bitcoin and rides on the Ethereum blockchain platform; two aspects that combined with the Fair Play principle mentioned earlier affords players an increased level of fairness.

Also, the platform has an interface that improves user satisfaction. It is easy to use and offers a simple one-click buying mechanism that is fast, convenient and reliable.

More good news for backers is the fact that FireLotto has introduced SAFT in its ICO. Simple Agreement for Future Tokens or SAFT is an understanding that allows startups to raise capital from residents of the US without the reprisal of the U.S. Securities and Exchange Commission (SEC) and its strict security restrictions that can lead to prison sentences or significant fines or even both. Introducing SAFT opens the door for backers from the US to participate in the FireLotto crowdsale.

Current Status of the ICO

As mentioned earlier, the FireLotto ICO is already live, and only 9 days are remaining. During this exercise, FireLotto is offering some 77 million FLOT tokens, 20 million of which have already been distributed to backers already and still counting. More information about the project as well as the ICO is available on the website and the whitepaper. Individuals can join Firelotto official Telegram Group for any queries.