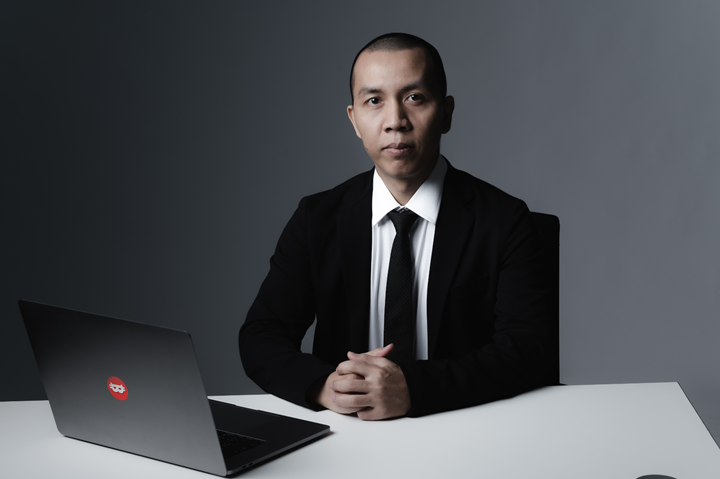 Fireside Chat with Tor, the CEO of Nakamoto Games

Mr. Chawalit Rugsasri – better known as Tor – is the CEO of Nakamoto Games. Nakamoto Games is quickly establishing itself as the platform of choice for decentralized games by making it easy for developers to release highly engaging and interactive gaming titles and providing gamers with income from playing these games.

Tor has over 10 years of hands-on experience in Solidity, as well as niche expertise in project management and web development services. With in-depth industry knowledge that is unrivaled in the business, he identified serious gaps in the play-to-earn market and founded Nakamoto Games to address those gaps. The Nakamoto platform strives to be the ultimate play-to-earn ecosystem that provides players with play-to-earn opportunities in a growing catalog of blockchain-based games. Game development on the platform is streamlined thanks to efficient and powerful plug-and-play tools provided to developers, and by combining highly engaging game mechanics with monetization, marketing, and development, Nakamoto Games is reimagining what is possible for developers and gamers alike.

We had an in-depth interview with Tor last week. Here are some of the most eye-opening insights he shared with us during the interview.

Q: The growth trajectory ofNakamoto Games has been nothing short of exemplary, and you have been able to consistently release new and exciting titles to your users like clockwork – not just decentralized revamps of retro classics, all of which are a huge hit – but innovative new gaming options as well, not to mention the NAKAVERSE, your very own Metaverse gaming world. Can you take us a few steps back and tell us how it all started?

A: Sure. First, thank you for having me today.

Second, to answer your question, blockchain-based gaming and play-to-earn gaming really began to pick up steam toward the end of 2021. People began to understand that they could earn a real living income – a substantive revenue stream – by simply playing the games they loved, but the technology and available options still had a lot of catching up to do. Most early play-to-earn games offered limited and restricted experiences at best, and adoption and engagement often fell off a cliff once the initial hype died down.

It was clear that players needed more interactive, in-depth, realistic, and engaging games, so we built Nakamoto Games as a cutting-edge gaming platform to bring these features to the play-to-earn space. We built a world-class development team that has decades of collective experience in game development and blockchain technology, and we charted out a highly ambitious release schedule to consistently bring high-quality interactive games to our users, many of which have enjoyed substantial popularity since launch.

Q: What is your USP, and what makes you different from others in the crowded gaming landscape?

A: There are several important ways that we are different from other play-to-earn gaming and Metaverse alternatives. Firstly, we provide multiple games, titles, and experiences all on a single platform. Many established platforms provide a rich catalog or suite of titles, but they are all centralized, and what we are doing has never been so efficiently and effectively achieved in the decentralized space.

Second, our research and development teams are truly world-class and cutting-edge. We do our homework to identify the kinds of games our users want, and we lay the groundwork for a successful build-out and release. The dev teams make sure to optimize gameplay and the in-game experience using a diverse tech stack, and innovation is a central tenet in everything we do. We only release games that the market wants, and our growth is a testament to the success of this approach.

Finally, we have the benefit of being one of the earliest movers in the Metaverse space, and our deeply immersive NAKAVERSE offers so many opportunities for gamers, investors, and early adopters to play, earn, and enjoy memorable and entertaining experiences.

Q: What’s in store for your teams and your users in 2022 and beyond?

A: Our release schedule for 2022 is truly ambitious. We hope to release up to 100 games over the year and have already released our first-ever multiplayer game called NAKA Blaster. We’ve also launched a new gaming room concept – kind of like a lobby – in which players can coordinate, devise strategies, and compete in new and fun ways.

We’ve also launched a marketplace from where players can buy and sell in-game items, and we will continue to release new titles and expand our growing Metaverse while we onboard each new wave of players.

In addition to the above, we will soon launch NAKA staking, in which NAKA holders can lock their tokens for a predefined period to earn on their tokens, and we plan to onboard new users thanks to new games that we will be building with Unreal Engine and Unity.

In the background, we maintain our marketing efforts and collaborations with influencers and thought leaders in the crypto and gaming spaces, and we will also be doing a road trip to some major universities where we will talk face-to-face with students and gamers about Nakamoto Games to get the word out – not just about what we are doing and what we can achieve but how tomorrow’s leaders and developers can join the movement, contribute to a better future, and have a fulfilling and rewarding career in the process.

Q: So many people are interested in the NAKAVERSE. Can you tell us a little more about it?

A: Certainly. Even before Nakamoto Games was formally founded, we were intrigued by the idea of an immersive Metaverse gaming environment. Clearly, we were not the only ones, since many large, established enterprises such as Facebook/Meta have invested in the Metaverse space and we’ve seen tremendous growth in this area as well.

For us, the goal was to create our Metaverse, one that was a close reflection of the real-world economy. In the NAKAVERSE, our users can purchase digital land and resources and they can create valuable in-game assets as well. Part of the NAKAVERSE’s land has already been sold in an inaugural release – that contained the North American map and a limited number of land parcels – and each parcel is represented by an NFT that provides the owner with resources for creating items within the NAKAVERSE.

All of these items, NFTs, and resources can be sold on our marketplace, creating a vibrant economy for developers, traders, and owners. Whether you own land or build in-game items to sell to others, we have created a gaming environment that provides opportunities to everyone for earning in-game, on-platform.

Q: What role does the $NAKA token play within the Nakamoto Games ecosystem?

A: $NAKA is the fuel that powers the entire platform. It is needed for purchasing in-game resources such as ammunition, powerups, and lives. $NAKA can also be staked to generate a passive income (for example, on Kucoin or our third-party partner DeFi platform Roseon Finance), and it also provides governance and voting rights since $NAKA holders can vote on platform proposals and they have an important say in the evolution of the platform. Additional $NAKA functionalities and benefits will be built-in and integrated into the system in due course, and all updates will be communicated to our users on our official channels.

Q: What do you see as the future of play-to-earn and Metaverse gaming?

A: The Metaverse space was valued at about $21 billion in 2020. This figure is projected to have a cumulative annual growth rate (CAGR) of a whopping 40% between now and 2030. To illustrate this, virtual plots in, for example, Decentraland, already have a price floor of $15,000, with some plots bringing in seven-figure sales per parcel.

As they say, the proof is in the pudding, and it is clear that Metaverse gaming will grow to become a massive online industry. As more and more enterprises position themselves to participate in and provide Metaverse offerings – from Samsung and McDonald’s to Nike and more – we expect major segments of the real-world economy to transition to the Metaverse.

Although Nakamoto Gaming is not involved in all of these fields, we are positioning ourselves to be a leader in the fields that align with our model and vision. We have several initiatives which are helping us stay on the frontier of innovation, and our cutting-edge team has the skills and experience needed to deliver, pivot, and avail opportunities as they arise in the market.

Q: Apart from your team, who else has played an important role in the development of the ecosystem?

A: We could not have done what we have done without our early-stage supporters and community members. Our early-stage partners provided the critical resources we needed to build out our ecosystem and we are fortunate to have had some of the most respected names from the finance and VC worlds supporting us from the onset.

We have also been fortunate to have found partners and collaborators whose visions aligned with ours, and these synergies contributed heavily to our growth and success. Our community has also grown exponentially since our launch. We project significant growth of our 230,000+ community members throughout 2022, and we are deeply grateful to every one of them!

That is wonderful to hear, and thank you so much for your time. Good luck with 2022 and beyond!

Thanks so much for having me!