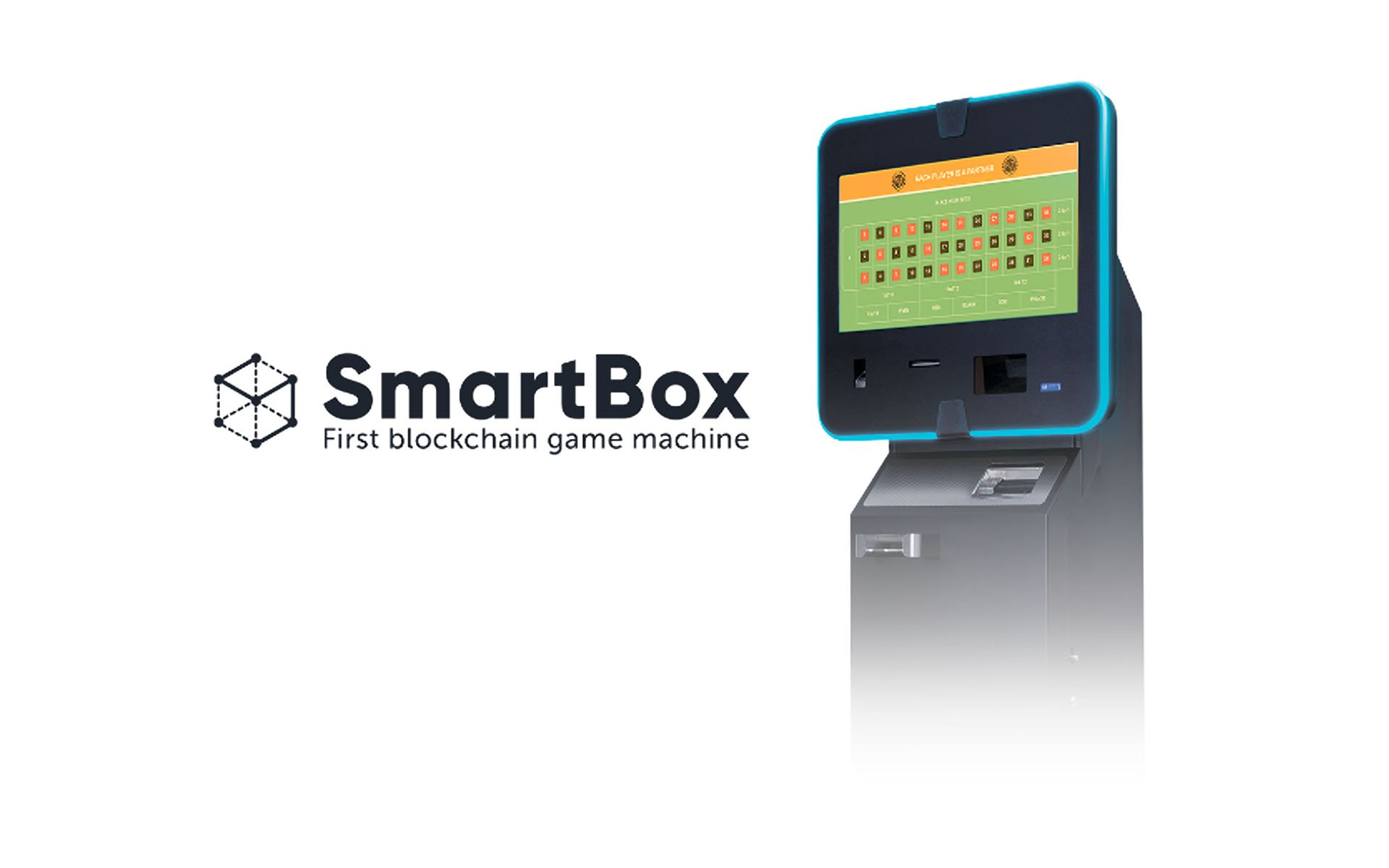 SmartPlay.tech platform announced the launch of SmartBox gambling machines production that will work on Ethereum smart-contracts, which allows the implementation of new game mechanics, interesting for traditional players.

One of the main advantages is the possibility to receive unlimited bonuses not only from your bets but also from all subsequent bets made by other players. Transparency and honesty of this process are guaranteed by a smart-contract, which cannot be changed even by its owner since the blockchain guarantees the permanence of data and the game code.

This is a completely new solution in the gambling industry, which has no analogs in the market, in which smart-contracts algorithms will be used to implement the traditional slot machines game process.

For the development of SmartBox software, mechanics of the already ready game product SmartRoulette were used. This European roulette, successfully launched by the SmartPlay.tech platform at the beginning of the year, during ICO of which in just 3 days were collected about $ 1,000,000 at the current exchange rate.

To date, SmartRoulette is a provably fair game in which the game process and random number generation are completely transparent and managed by smart-contracts, thereby achieving such competitive advantages as complete immutability of game mechanics and provably random result generation.

As an additional privilege, SmartRoulette users are given the right to become the platform co-owners and receive regular dividends from the project’s profits. RLT tokens are credited for each bet on the player’s account, and when tokens are accumulated, the player automatically begins to receive a percentage of all active users’ bets.

SmartPlay.tech is one of the few blockchain projects, that in just six months of its existence fulfilled the submitted roadmap by 80%. Of the 15 tasks set at the very beginning of the platform launch, at the moment 12 of them are already done. The active platform development was slowed by the ETH rate growth, which led to the Ethereum network commission for processing one bet raise in price from several cents to several dollars.

Thus, with an average profitability of roulette on smart-contracts from a single bet (transaction) of 2.7%, the network commission before the growth of ETH rate ranged from 0.5 to 0.8%, which made it possible to accumulate profits and charge each player with project tokens, guaranteeing a profit from all bets. The ETH rate growth led to the fact that the Ethereum network commission grew to several dollars and amounted to more than 3% of the minimum bet. This made the game process unprofitable, because in order to maintain its profitability, it was necessary to raise the minimum bet to several hundred dollars, so that the network commission from the bet amount fell below 2%, which is completely beside the purpose, since players ready to make minimum bets of hundreds of dollars almost do not exist.

The project team has always emphasized that they develop a solution not for advertising and pump, as it is now accepted in the market. But as a normal business, which must have an understandable, verifiable scheme for generating profits and an engineering model that guarantees the operational profitability of the project. After the last update of “Byzantium” on the Ethereum network, the transaction processing fee of the gambling smart-contract has dropped to a few cents and now is less than 0.5% of the minimum bet. In connection with this event SmartPlay.tech renews the project active promotion and its access to the global market.

Unfortunately, now it is customary to earn on expectations in the market of smart-contacts developers. It’s like a demonstration of a machine that can move, and it’s submitted as revolution and magic. However, the very fact that for every mile of the car’s movement one liter of very expensive fuel is burned, making the process of using such a machine economically unprofitable, the authors of the projects modestly omit.

Now SmartPlay.tech consists of two online roulettes, in which daily bets are made. To date, RLT token holders have been already paid about $140,000 of dividends, the total number of completed bets has exceeded one and a half million, and the total turnover of only blockchain roulette reached 7088 ETH.

What are the prospects for such novelties in the global gambling market? According to the financial analysts’ forecasts, the annual industry volume will increase up to $59.79 billion by 2020. It means that the number of online casino players will grow along with the need for a quality entertainment service that meets the standards of the gambling industry.

For any player, the question of fair game process, which excludes the possibility of fraud on the part of the casino, is in the first place, because only in this way you can expect the receiving of a prize that depends solely on the skill and luck of the user. Thanks to the new blockchain technology and smart-contracts, the deception of the player is completely excluded, which means that the development of this direction will be accompanied by a massive transfer of online players to casinos built on the basis of blockchain technology.

Considering that most players who want to give their choice to an honest casino is not familiar with the market, after the release of a new roulette version that does not require the system registration and the installation of third-party extensions, the founders decided to develop the real blockchain machines.

It is expected that the production of new gambling machines will not only positively affect the popularization of the project, but will also become a real breakthrough in the gambling market. SmartPlay.tech already plans to launch a mass production of blockchain machines for the real gambling sector and conclude a number of agreements with major casinos around the world. The introduction of such a novelty in traditional gambling establishments will attract a lot of new visitors, who will have a chance to receive unlimited bonuses from all subsequent bets of other users by making a few bets, controlling the process remotely and having the opportunity to convert bonuses into real money.

In a gambling business, such a decision can significantly optimize transaction costs, which means that the process itself will become more accessible and attractive for a large number of people. This is explained by the competitively low transaction fees, which have decreased tens of times after the recent Ethereum hard fork, which made the game cost-effective for both the operator and the player. After the renewed commission, the commission fell to 1-4 cents, so that all potential income of the casino and the investor becomes stable, and the game process is profitable.

All these advantages will be used in the SmartBox blockchain machines. An additional advantage will be the possibility of replenishing the account both with cash and a bank card. In the future, developers plan to connect the NFC contactless payment system.

A demonstration model of the gambling machine will be presented in the exhibition area of the Blockchain & Bitcoin Conference, which will be held from November 15 to 16, 2017 in Moscow. Already now pre-order of new blockchain terminals with the starting price of $4000 is available on the site smartplay.tech.