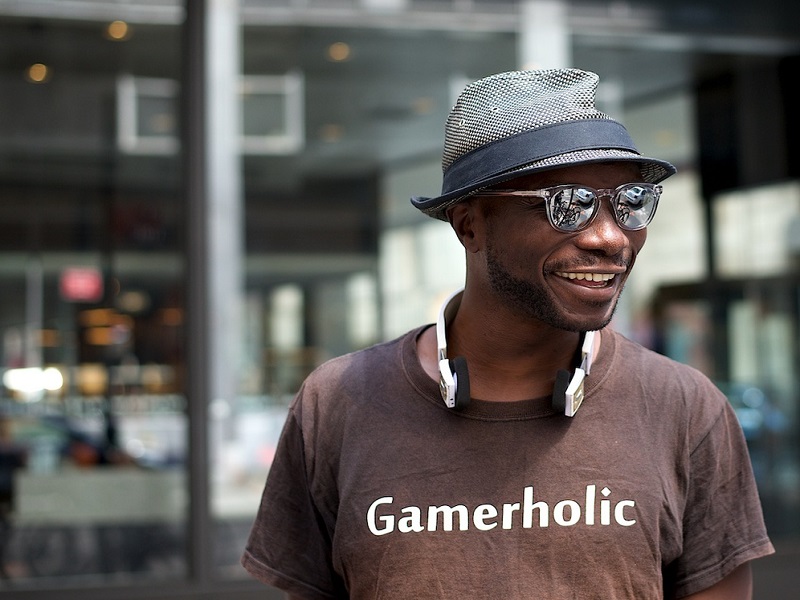 Gamerholic, the Next ‘Billion Dollar Gaming Company’? A Q&A With Anari Sengbe

Gamerholic is an online, competitive gaming platform that uses cryptocurrency as the fuel behind its services. Members of Gamerholic can enter tournaments and competition or make wagers on games using “Gamerholic coin,” the platform’s own cryptocurrency.

Gamerholic: A Platform for Crypto Gaming

Users can purchase Gamerholic coin on the Bittrex exchange, which has an exchange rate of  0.00000473 BTC ($0.0018 USD) as of press time. With this cryptocurrency, will get 20% off on purchases made on Gamerholic.com, they will be able to participate in all of the website’s games and tournaments, and they can exchange their coins back to bitcoin on the Bittrex exchange.

For all you altcoin nerds, here are the specs for Gamerholic coin as listed on the Gamerholic website:

Although the website is fairly bare at the moment, with the service in its early stages of life, it is clear that Gamerholic has an interesting idea going on. There are several games that are played natively on the website. The most visible one is “Grabbit” and its several variables, where players can compete with one another to “grab” the prize. Grabbit prizes span across a wide range of gaming and tech merchandise, with things like PlayStation Store and Blizzard gift cards, console games, and even an iPhone 6S Plus up for “grabs.”

Unfortunately, the website doesn’t seem to be fully functional just yet, as the link buttons to the rules and registration for the console and PC tournaments do not seem to work, as nothing happens when they are clicked. With such a new and seemingly complex service though, minor bugs like this are to be expected, so we’ll give Gamerholic the benefit of the doubt and assume that the website will become more functional as the project progresses.

I got to ask Gamerholic Founder Anari Sengbe a few questions about Gamerholic, as well as other projects his team has worked on in the past.

Tell us a little bit about Gamerholic.

Gamerholic is a competition as a service gaming platform.

Natural competition is part of gaming, you want to beat the computer, your friend or a stranger gamer hundreds of miles away.

Digital currencies like bitcoin and Gamerholic coin are perfect for gaming. Buy in-game items at a fraction of the cost, or participate in robust gaming economies.

What is the inspiration behind this project?

Years ago when PS2 1st allowed play over the internet, it made sense that friendly wagers over the internet would be next. The problem with that is chargebacks, when I learned about bitcoin, instinctively I believed micro payments and gaming go hand in hand, bitcoin and the immense brainpower behind it is great, but a crypto currency you can dedicate to gaming would be pretty cool as well.

How competitive is Gamerholic, is it a place for professional gamers, or is it meant for casual competition?

It’s a bit of both, the important thing about the Gamerholic platform, we don’t make games, We simply provide an API for game developers to accept Gamerholic coin within their games. So in theory there should be more than enough games to choose from and with expanded creativity, you should see more competitive games.

The one game we did make is called Grabbit, a fun shopping game with real prizes. You win bitcoin for FREE or xbox live point cards, video games and more. There’s always something awesome up for grabs in the grabbit game. That game can get REALLY competitive.

Tell us about Gamerholic coin.

I love Gamerholic coin, I can’t wait to see game developers rush to it. It’s really just a fun crypto currency for gaming. We don’t claim it to be better than bitcoin, we don’t claim it can do what bitcoin can’t. It’s a coin for gaming, with it’s own unique api sets.

This includes education games, Gamerholic coin is a real world incentive for young people to do well in math, or history games, or biology games.

What makes Gamerholic unique from other gaming projects that integrate cryptocurrency?

I think the strength for us is the brand, Gamerholic is a persona, everyone loves the brand. From t-shirts, to hats, to gaming accessories… we have more avenues to get Gamerholic coin in the hands of gamers. Competitively, that’s our advantage and that will keep us going long enough to best the technology advantages other gaming projects offer.

If you don’t mind me asking, has Gamerholic gotten much traffic since you guys started it?

What is your ultimate goal for this project?

My fulfillment will come when I see Gamerholic coin applied to education games and young people in sierra leone where I’m from can make money from learning. That for me will be the ultimate disruption.

I noticed that your firm has been involved in several hackathons, can you tell us a little bit about your other projects?

Hackathons kept me alive in San Francisco. Hackathons are great idea battles. Often we apply fun gamification or different use cases for crypto currency in our hacks.

For the Emirates Airlines hackathon, we built PlayFlight, a way to use your airline miles as virtual currency in video games.

And for the Mercedes benz [sic] hackathon, we built BenzPay a way to pay for parking, gas and more using bitcoin.

Lastly at during the TechCrunch hackathon, a we built foodhigh club, a way to pair your favorite strain of marijuana with delicious meals from local restaurants.

Any big plans in store that you want to tell us about?

What do you think about Gamerholic? Is it a gaming platform you could see yourself using? Let us know in the comments below!