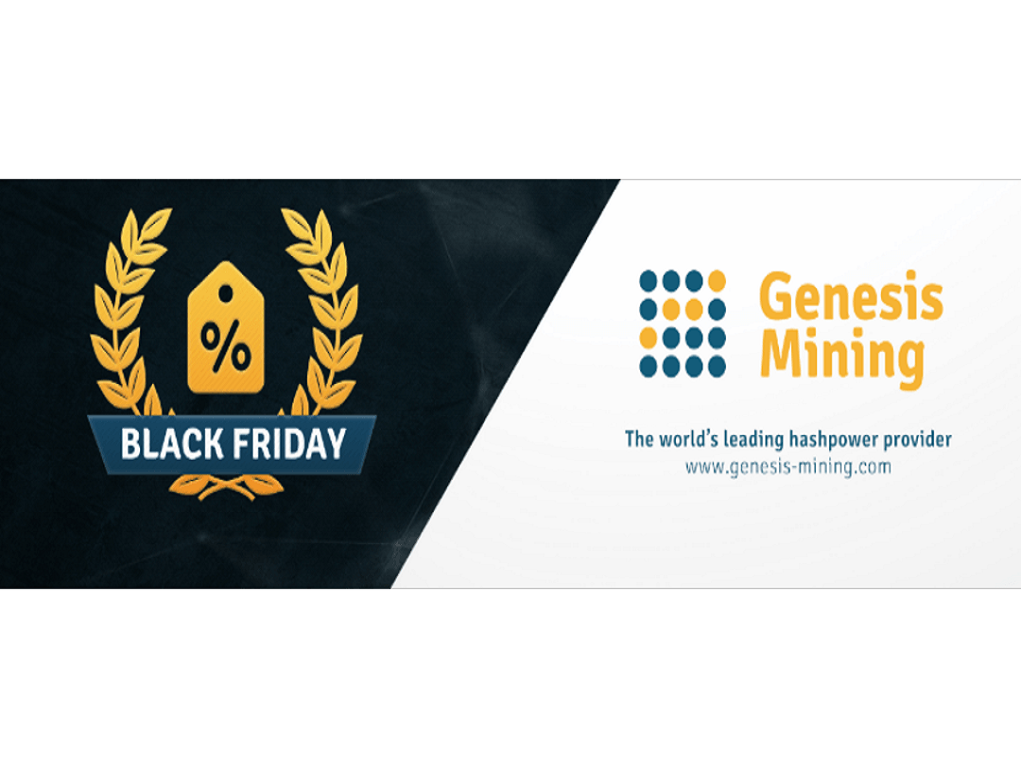 Cloud mining provider Genesis Mining is offering for Black Friday and Cyber Monday that lasts from Friday, November 25 to midnight the following Monday.

This 5 percent discount will be available on all contracts currently offered by Genesis, which consist of bitcoin, Ethereum and X11 altcoins.

In hopes of convincing prospective customers to try its service at the discounted price, Genesis Mining issued a press release making a case for its service. Part of the press release reads:

“Why Cloud Mining? Mining cryptocurrencies requires the use of sophisticated computer hardware. Most people don’t want to maintain this hardware, and even for those that have the expertise, the costs of energy, cooling, and maintenance often undermine mining profits. Genesis Mining offers cloud mining by giving it’s customers hashpower from an incredibly efficient mine that uses Iceland’s geothermal energy to provide peak efficiency at minimal cost.”

Becoming a Household Name in the Bitcoin World

Founded in 2013, Genesis has worked to provide cryptocurrency mining to the public. Led by CEO Marco Streng, the company has become a leading cloud mining provider in the industry, outliving several companies that closed shop due to falling mining profitability.

The company made political headlines in early 2016, after it sponsored a Bitcoin-themed billboard mocking then presidential candidate Donald Trump’s ambitious policy of building a wall across the Mexican border.

The billboards, spread across the state of California, displayed the slogan, “Your wall won’t stop Bitcoin, Mr. Trump!” suggesting that Americans and Mexicans would use bitcoin to facilitate trade despite Trump’s efforts to cut Mexico off from the US.

For those interested in taking advantage of the company’s Black Friday/Cyber Monday discount, Genesis has updated its pricing page to reflect the promotional rates.

Will you use this 5 percent discount? Let us know in the comments below.