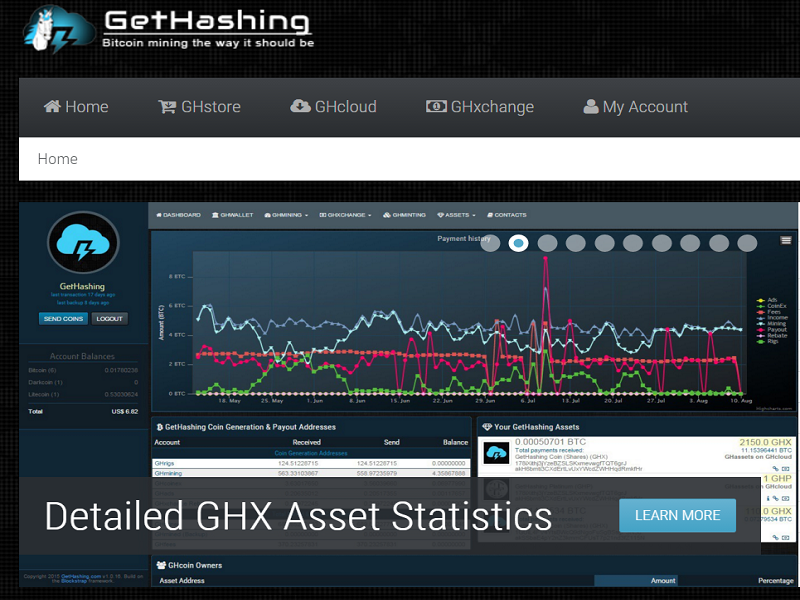 The GetHashing Cloud (GHcloud), is the first decentralized crowd mining platform. The founders and developers of this new service thought to introduce a whole new concept for cloud mining services. By introducing decentralization, they were able to go back to the original ideas presented by Satoshi Nakamoto. 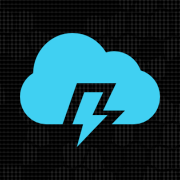 GetHashing was designed by a small group of digital currency enthusiasts with the goal of building a new and original community-based mining platform that was entirely cloud-based and built on top of the blockchain. It is the first fully transparent, community-driven bitcoin cloud mining platform with support for smart assets build on the open assets protocol and a decentralized multi cryptocurrency wallet service.
One forum member explains,

“GetHashing was born as an idea by a small group of crypto enthusiasts with a passion for Bitcoin, cryptocurrencies and the technologies to build a new and unique community-driven platform that’s entirely cloud-based and built on top of the blockchain protocol.”

The Get Hashing cloud peer-to-peer marketplace works without the need for trust or third-party escrow services. By enabling decentralized user accounts built entirely on blockchain technology, and by using the Colored Coins protocol, users can exchange and secure their assets without having to trust a third-party.

The Gethashing Cloud and the Open Assets Protocol (Colored Coins)

The Open Assets Protocol allows storing small amounts of metadata on the blockchain, which then can be used to securely represent and manage assets. The protocol uses the Colored Coins technique to represent and manage real world assets on top of the Bitcoin Blockchain.

The notion of Open assets protocol or “Colored Coins” is associated with the idea that individual satoshis can be “colored” to represent a certain asset using the bitcoin blockchain. This protocol essentially tracks the origin and transfer sequence of an asset and with this technique, one bitcoin transaction can be encoded to prove that a certain amount of units of a new asset were issued and are now credited to a given bitcoin address.

Colored Coins allow easy, multi-robust asset management and smart and programmable money. Because smart assets are stored on the blockchain, all information about the asset can be publicly viewed, including the asset issued or destroyed coins, its definition, and all the transactions the asset ever made.

The open assets protocol uses a Colored Coins wallet to create a bitcoin transaction that enables sending units of a certain asset from one address to another, and so on. It allows for real world value to be attached to those units or “digital tokens” by the asset issuer’s promise to redeem them for some goods or services. This notion is very similar to the notion of promise used by the banking system. However, in this case, anyone is allowed to issue their own assets backed by their promises to repay.

Bitcoin is a programmable kind of currency; the bitcoin technology allows for the use of a medium of exchange that can be stored and transferred digitally without the need for an intermediary or third-party. This effectively allows handling arbitrary assets in much the same way that bitcoins are handled. The Open Assets protocol aims to extend these capabilities to dozens of new applications including smart assets.

Some of the potential applications for the Open Assets protocol are:

To power the platform, GetHashing issued their unique smart asset mining shares. This smart asset is backed by physical hardware and generates income; it allows for the platform to enable decentralized cloud mining. 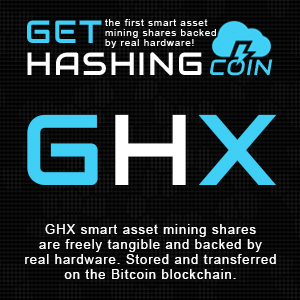 The advantage of using Bitcoin’s blockchain is that it offers features such as robustness and transparency, non-counterfeit ability, immutability, and ease of transfer, thus allowing asset manipulation with unprecedented ease of use and flash-forward security. The user accounts are only stored in the local storage of each user’s browser, including his or her wallet string.

GHcloud delivers full transparency to users through a proof-of-everything concept. All coin generation addresses, payment addresses, transactions, as well as overall hashing power and owned hardware is public information that can be reviewed at any time on GHcloud and the GHforum.

The GHcloud platform also provides a decentralized exchange, where users can trade their assets without having to rely on hot wallets. With this system, the platform doesn’t need to hold any of the user funds or assets. It uses the Atomic-Swap Protocol, which provides seamless transactions between parties using the block chain to securely hold or “escrow” assets and funds being exchanged.

Gethashing decided to build a platform that will grow with the community to become self-sustained by its members. While the traditional cloud mining business model seems to be broken by the need for trust or third-party services, GetHashing introduces a whole new model of crowd cloud mining entirely built around the blockchain technology and the Open Assets Protocol.

What do you think about the Gethashing alternative to centralized cloud mining? Let us know in the comments below!