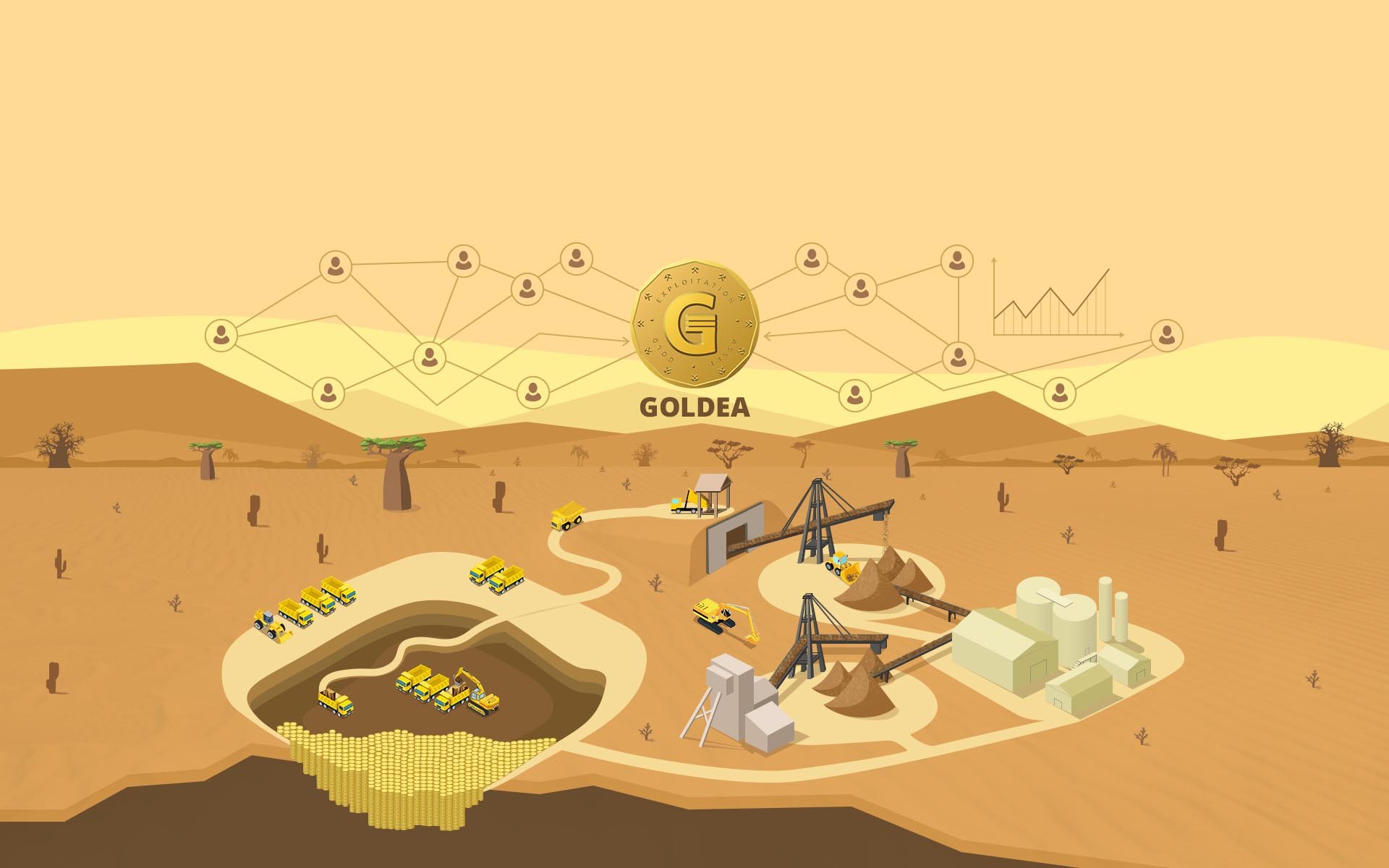 Gold mining provides a unique opportunity to own an asset ’’which has never failed’’ in value for 5,000 years history of humans.

About 2,500 tons of gold is mined per year globally. The gold industry reached more than $1 trillion in revenue in 2016 and is booming, but, due to archaic funding methods, only 0.5% of people worldwide have an opportunity to make a profit from investing in gold mining. In 2016 the global production grew by 2% but still 99.,5% of gold audience worldwide cannot participate in gold mining investing. The main problem is unavailability of a secured, global and flexible entry investment system which serves the interests of all participants and not just investment giants.

GOLDEA (Gold Exploitation Asset) solves this problem with a revolutionary gold mining platform, based on the blockchain technology, created to neutralize worldwide inaccessibility, eliminate intermediary costs, and reduce the overall risk of investing in gold mining.  Smart contracts connect participants with the project during funding, construction and production stages without any third party presence and with 100% security. This removes all existing barriers and establishes full transparency mode. Also, it enables ’’tokenized’’ automatic profit distribution from gold sales to all GEA token holders.

By tokenizing gold production, GOLDEA will unlock gold mining’s potential for millions of investors across the globe and create new gold mining ecosystem worth over $500 billion. The first project to realize is located in the Republic of Mali with 10 tons gold reserves and is scheduled in four ICO rounds over a four-month period. During each round, video progress reports with relevant documents securing token value during the construction of the gold mine will be published. The limited number of GEA tokens couple with unlimited production expansion potential is what will make the token value grow over time.

Taking part in the GOLDEA community gives everyone the possibility of owning a crypto-asset of which its value can never be zero. GOLDEA aims to democratize the gold mining industry, hedge from the crypto volatility, and contribute to fighting against the poverty as part of proceeds is reserved for charity programs within the local community.

The first stage of the ICO begins on December 1, 2017, and will run through December 31, 2017. For more information about GOLDEA, please visit goldea.io and download the project white paper.