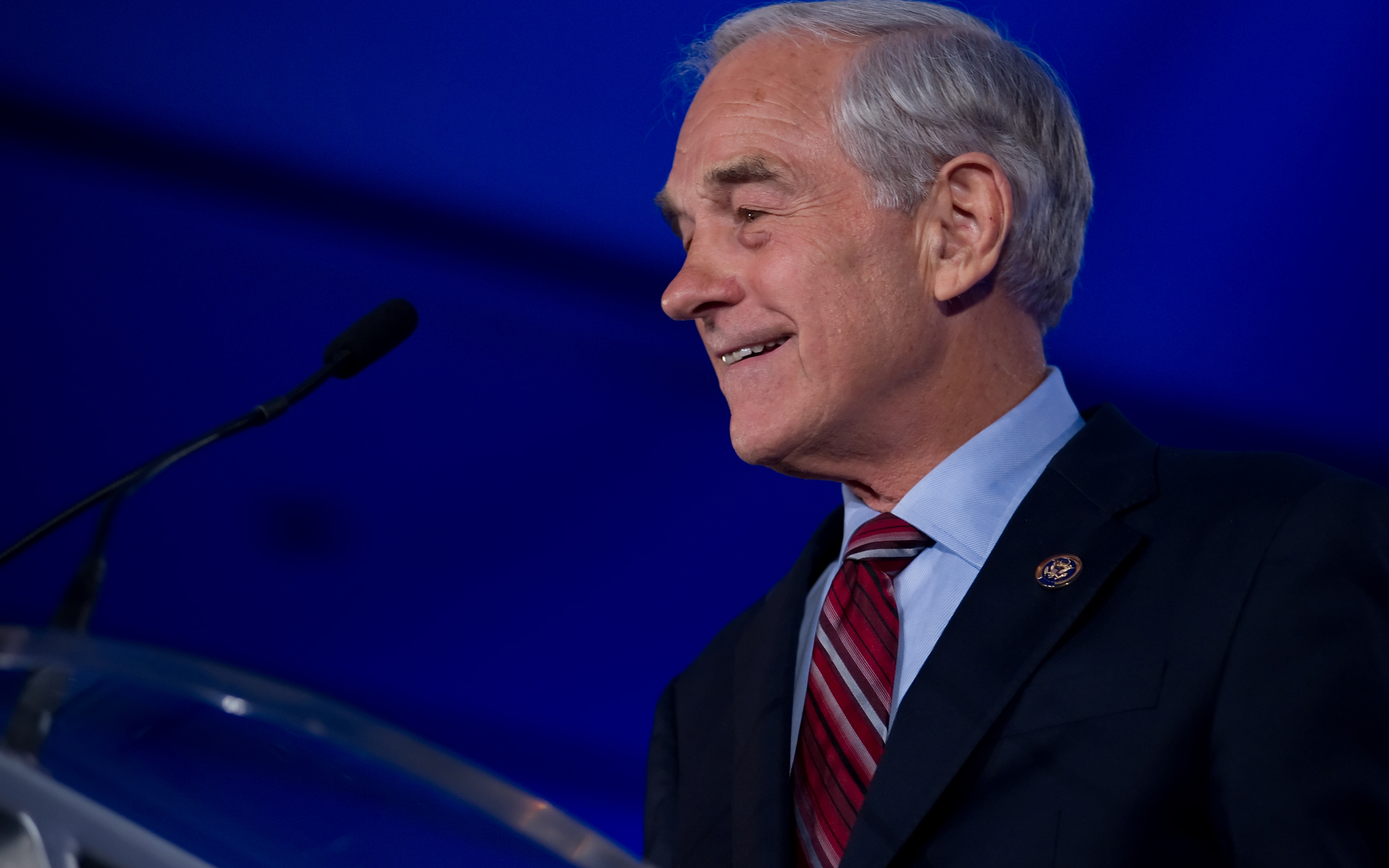 Ron Paul Survey: Half Would Choose Bitcoin For 10 Year Investment

Most people would choose to invest in Bitcoin over gold, fiat currency, and bonds, according to a survey by Ron Paul which continues on Twitter November 16.

The former US lawmaker and presidential candidate, well known for his advocacy of the cryptocurrency, has so far yielded responses from over 58,000 people. Almost half of them would want to invest in Bitcoin.

Traditionally much larger than in-person surveys, such as those recently conducted in the UK and Russia which also showed strong popularity for Bitcoin, Twitter polls nonetheless cater to social media’s active cryptocurrency community.

Paul added the proviso that an investment must remain untouched until 2028, suggesting faith among respondents over Bitcoin’s longer-term future has not deflated with this year’s prices.

A wealthy person gifts you $10,000. You get to choose in which form you’ll accept the gift. But there’s a catch: You must keep the gift in the form that you choose for 10 years without touching it. In which form would you accept the gift? 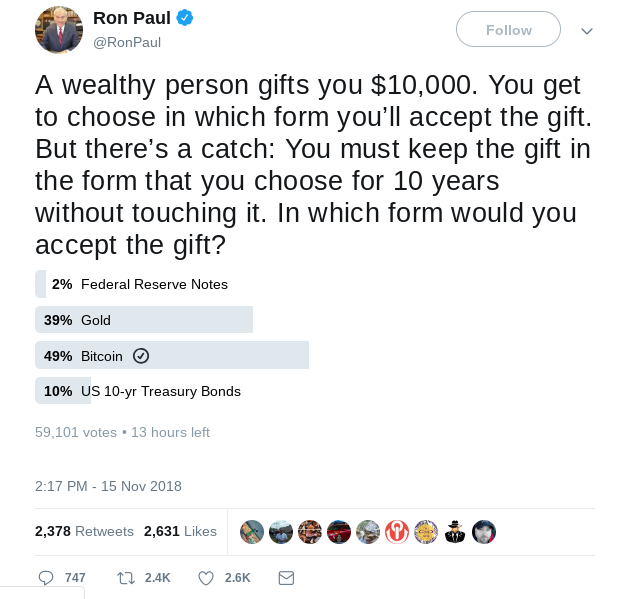 At press time, 49 percent of 58,131 had voted for Bitcoin [coin_price], followed by 39 percent for gold. Just 2 percent would choose cash US dollars.

Paul’s timing provides a sharp contrast with the cryptocurrency naysayers who continue to pour cold water on the market’s chances in the midst of this week’s fresh price downturn.

A speech by the European Central Bank board member Benoît Cœuré Thursday described Bitcoin as an “extremely clever idea” but added that “sadly, not every clever idea is a good idea.”

In an ironic twist, a Bitcoin analyst’s rebuttal on Twitter garnered more support in the form of likes than the original comment.

At the same time, economist Nouriel Roubini capitalized on BTC/USD’s fall below $5,500, reiterating his belief the pair “belongs” at “zero.”

What do you think about Ron Paul’s Bitcoin survey? Let us know in the comments below!