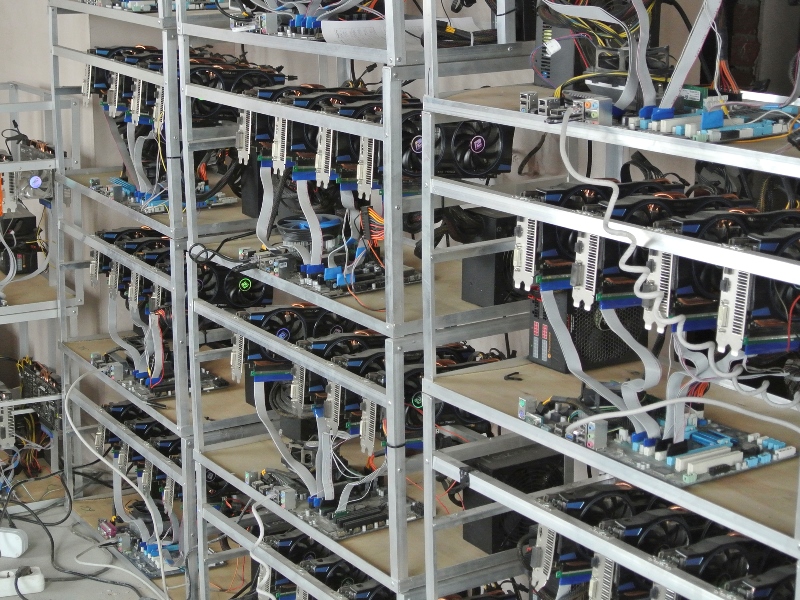 Update: Hashprofit was shut down according to their statement because of a DDoS attack. We tried to contact them to get some more information regarding this issue but we haven’t received any response from them yet.

The official statement from HashProfit.com:

We’re resuming work of service in a protected mode today.

Despite all the warnings from service’s administration many users have succumbed panic moods and have taken a number of actions which discredited and abused standard and full work of service.

Also attackers have succeeded in getting part of information about service’s users and also, in small portions, their authorisation data.

All these deeds have led to big mining effectiveness reduction and many other negative effects.

Despite all that had happened, we’re resuming all payments from today (2015-01-05) taking into account information and technical harm that our infrastructure suffered.

Our team has always understood all the risks about this project and by the process of growing it we’ve launched another number of similar services. In the most successful of them that we’ve launched 3.5 months ago we’ve taken into account all the experience we had while HP service grows. It’s much more perfect and attractive for these points:

– It’s oriented to Eastern audience, because they generally more advanced and creditworthy.
– Mechanism of payment using VISA and Master?ard realized.
– There are web-cameras showing data centers work in real time.
– More than 10 languages interface translations.
– Modern, technical and light design of the site.
– Hundreds of other features.

And this is only the most perfectly developed service, we have launched and we’re testing more than 20 other types of services. All users showed their discretion and support from the start of our services will have their reward in the end.

Thanks for your support and understanding.

Some weeks ago Bitcoinist had the chance to interview the Hash Profit Team where we could find much more about the whole company’s operation and expectations. This week we bring you a complete review of the company’s cloud mining services and an overview about the user’s interface along a customers review.
Hash Profit Easy Mining Company opened last May with the main objective to deliver the community an easy and profitable way to mine crypto currencies. In fact, the company provides costumers an ultimate super easy and comfortable way of mining while taking care of energy costs and any other issues with the hardware and software that can sometimes cause you serious headaches.
Hash Profit has specialized in Altcoin mining as an easy way of taking out profits from mining new crypto currencies (new algorithms) and selling them at their higher peak. Hash Profit has developed their own mining strategy which the company calls SmartMining; using statistical and analytical methods to choose the currency to mine while granting higher performance with minimal resource spending from the hardware makes it possible for the team to get out the best on time income of the mining operation. The Company’s success has been immense and the team already announced to have gathered over 53.000 users in about 4 months.

The Service and options provided

Customers can easily buy hashing power with bitcoin; The Company is trying to sign several agreements with internet payment processing companies such as WebMoney or QiWi, so the company will be accepting Fiat payments sometime soon.
The company’s site is extremely accessible and pretty intuitive. Hash Profit really tried to give costumers a simple and intuitive approach to mining. Users basically have 4 main options to interact, where they are able to keep an eye on their statistics, manage their account and partnership program, visit and apply changes in their profile and the most important, buy Kh/s. Customers just need to register, buy some Kh/s and they instantly become active and start mining. Payouts are made daily, and I must say I’m quite happy with what I’m getting for about 100khs, and if it keeps going this way I’ll have my investment back in 4 months. The company’s partnership program also gives an extra incentive for users to bring their friends to mine with Hash Profit, offering them a strong compensation of 5% of referrals total hashing. 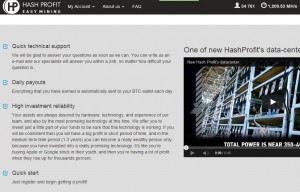 The Hash Profit mining service provides a way to effectively earn some profit out of mining; you can reach ROI in about 5 month or even less; from there on you will simply be collecting daily profits. Hash Profit also gives the chance for unhappy customers to have their money back in order to fully guarantee the quality of their service.
Paul one of the customers from the Czech Republic states:

“Right now I’m using Hash Profit, in about two weeks already and I can surely say that your team knows their business very well. I’m already at 500 Kh/s and thinking about raising it because those bitcoins you have promised are already in my wallet and I’m trading them right now.
Keep up the good work, guys!”

The Company is growing at full steam now, and is almost reaching 54.000 users; the firm already announced the launch of their own coin, ProfitCoin [PFC]. ProfitCoin will be convertible over the rate of 1Kh/s and is set to come out next month.

The company’s site is very easy to use and you won’t have any difficulty in buying your Kh/s. As soon as you open your account you will have access to a simple interface. In the top left side, you will have 3 menus: My Account, About us and the FAQ’s section. 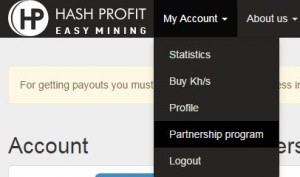 To your right you will find information about how much users are active in the Hash Profit mining platform, the current power of the company’s data-centres’ along with your ID and email information. You will basically need to use My Account Tab to manage all options. Here you will be able to buy your Kh/s, access your profile and manage both your mining statistics and referrals. Once you sign in you should go to your profile and insert your personal information and your bitcoin address.

When it comes to the costs of service, Hash Profit certainly presents a very cheap, comfortable and easy way to mine, probably one of the cheapest Altcoin cloud mining option in the crypto currency ecosystem right now. The Company frequently offers discounts and other promotions that reduce the average price which makes it increasingly accessible.

The average price per Kh/s goes around $0.94 and the bigger the buying amount the cheaper they get. The company’s mining efficiency is measured in Kh/s because it only mines current and new Scrypt crypto-algorithm as a Smart Mining basis (Scrypt, Scrypt-N, X11, X13, Keccak etc.).

The Company average Pricing per Kh/s

The price will pretty much depend on how big your purchase is and also on the discounts from the company’s advertising programs.

The company states that the efficiency of the mining investment is up to 12-18% per month, and customers will get full payback approximately in six months. 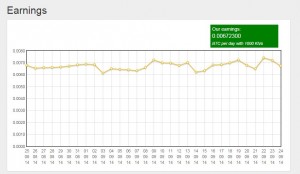 In terms of achieving the return of investment and direct profits, Hash profit’s mining service sure keeps up with what they are offering and costumers can retrieve their initial investment in approximately between 4 to 6 month, while ensuring profit margins reaching almost 40 to 60% in one year.

The daily payouts seem to be higher from most known options in the cloud mining market, and the company’s SmartMining strategy proves to be highly compensating. Compared to most cloud mining contracts and other cloud mining services, Hash Profit Easy Mining really stands out, not only for the unbeatable cheap prices of their mining services and outstanding discounts, but also for providing newcomers an extremely easy way of mining along with their incredibly intuitive interface. That being said, Hash Profit can be considered as a sure bet if you’re interested in purchasing cloud mining services.

There are not many aspects we could point our finger at; despite this, we couldn’t help saying that there are no information about the actual fees and no information about what type of ownership the customers have over the hardware, but after a brief contact with Bitcoinist the company took the time to explain that every purchase is a lifetime purchase but since it was hardware, it could burn or die, so 2 years after the customer first buy there will be updates on fees and extra costs. Hash profit Team also pointed that in time they would introduce new and innovative features to the service. 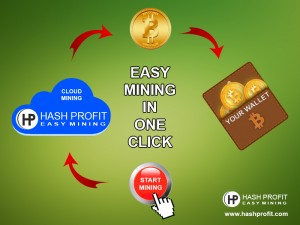 The future of mining is indisputably locked to the cloud mining concept. Cloud mining surely is here to stay. The demand for such services is in full ascent and many are the company’s that are trying to offer the most reliable and profitable services to their costumers. Hash Profit Easy Mining is one of these company’s, offering a secure, easy and cheap option of cloud mining investment. So, if you are planning to buy some mining resources from Hash Profit you better hurry and take a look because they are offering 200 Kh/s for 7 days completely free.