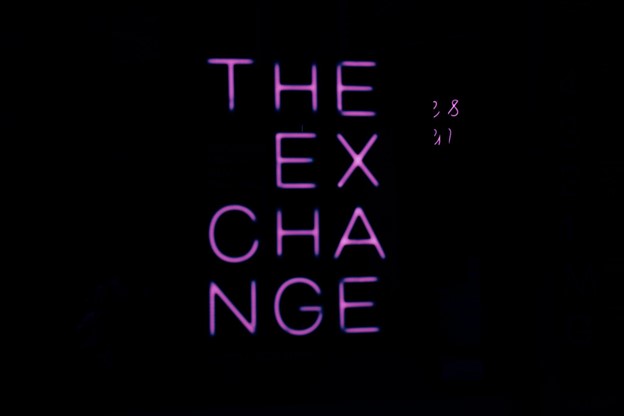 Centralized exchanges are the brunt of a lot of criticism in the crypto world, but there’s no denying that they’re still the most popular way to trade digital assets. That’s why Next Earth’s upcoming listing on a major CEX is a big deal – it opens up their metaverse token, NXTT, to a much wider audience.

The success of the metaverse experiment will depend on reaching a critical mass of users, and Next Earth is aware of that. A CEX listing is just one way to bring in new users and grow the ecosystem.

An Expanding Metaverse User Base

CEXs are home to every kind of blockchain and cryptocurrency project imaginable, and that’s why they’re such a valuable tool for expanding the reach of a project. Due to the wide range of qualified projects, it is difficult for any one project to break through the clutter and be noticed. It is for this reason that a CEX listing is an important step for Next Earth.

Listing on a CEX will not only bring more attention to the project but also make it easier for new users to get involved. The listing on a CEX is just one part of Next Earth’s strategy to grow the metaverse.

Metaverse project Next Earth also has a lot of other irons in the fire. For one, they’ve prepared a new website that captures the fuller extent of their ambitions, including becoming a PaaS (Platform as a Service) provider and offering the infrastructure for other metaverse projects. This move will establish Next Earth as a one-stop-shop for all things related to the metaverse.

Additionally, Next Earth is sponsoring the CCTF hacking competition. This will bring some of the brightest minds in the space to work on building out the metaverse, and in particular, on establishing stronger blockchain and cryptocurrency security protocols.

Last but not least, Next Earth is also investing in Primal Game Studio, which works on exciting RPG and adventure games. Both Next Earth and Primal Game focus on community-driven development, so this is a perfect match.

The Future of the Metaverse

The majority of the world is connected to the Internet, with billions alone on services like Google and Facebook. The metaverse’s user base, however, is still in its infancy with only a fraction of the world’s population having any real experience with it. The metaverse is the next natural step in human evolution and will soon become as commonplace as the Internet is today.

There are many reasons to be excited about the metaverse. For one, it represents a new level of immersion in digital experiences. Unlike the Internet, which is primarily a text-based medium, the future metaverse will be three-dimensional and interactive. This will allow users to interact with each other and digital content in ways that are not possible with traditional 2D screens.

Another reason to be excited about the metaverse is its potential to revolutionize commerce. In the metaverse, businesses will be able to create 3D representations of their products and services that consumers can explore before making a purchase. This will allow businesses to offer a more immersive and interactive shopping experience that can better compete with brick-and-mortar retailers.

Lastly, the metaverse has the potential to change how we interact with each other on a social level. In the metaverse, we will be able to avatars that represent us in virtual spaces. These avatars will be able to interact with each other in ways that are not possible in the physical world. This could lead to new forms of social interaction and community building that are not possible today.

The potential of the metaverse is vast and exciting. It represents a new frontier for human interaction and commerce. The metaverse is still in its early stages, but it is poised to have a major impact on our world in the years to come.

Next Earth is making all the right moves to ensure that their metaverse project is a success. With a listing on a CEX, sponsorship of the CCTF hacking competition, and investment in Primal Games Studio, they are positioning themselves as a major player in the space. But most importantly, their NXTT token is about to be listed on a CEX – which will open up the project to a much wider audience.

For more information don’t hesitate to watch the full announcement: ​​