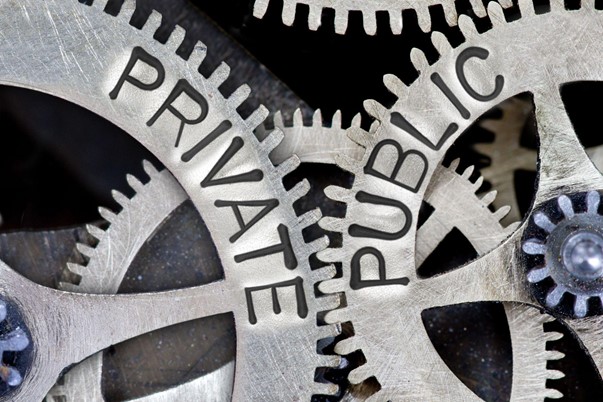 Blockchain technology is rapidly transforming the world and the web as we know it. Since the technology was first unveiled, there has been a substantial increase in the use of both public and private blockchains across an array of industries. In fact, government organizations, too, are starting to adopt blockchain for better security, traceability, and transparency.

Private and public blockchains have found their way into several existing business models, ranging across financial services, logistics, data management, and other industries. However, there are still a lot of industries that aren’t covered by either public or private blockchains.

This is where hybrid blockchains arrive in the picture.

Flexible Solutions For Real-World Use Cases

There are primarily two types of blockchains, each featuring its own advantages and limitations.

Likewise, public blockchains like Bitcoin popularized the concept of DLT (distributed ledger technology), leading to a disruption in the financial space. Public blockchains overcome the limitations of centralization while ensuring better security and transparency. The problem with public blockchains, though, is their overall speed. As more nodes join the ecosystem, the network keeps getting slower. Depending on the network congestion, the average transaction processing rate fluctuates significantly and is traditionally higher than the private alternative. Furthermore, most public blockchains aren’t quite as scalable, despite third-generation networks’ efforts to overcome this hurdle.

Even though the data stored on the private blockchain isn’t public, it can be verified as and when needed through smart contracts. This means that irrespective of a centralized authority retaining control over the data, the records are immutable and cannot be altered by network participants.

A hybrid blockchain is also less susceptible to a 51% attack, given that hackers will never have access to the entire network to carry out the attack. Moreover, hybrid blockchains have low transaction costs compared to other types of blockchains. Since each transaction only needs to be validated by a few select nodes, the entire process is more cost-effective in terms of fees, computing power, and energy consumption.

Hybrid blockchains can support many use cases and are being increasingly used across the IoT (Internet of Things) sector to solve security issues, global finance and trade industries, banking, supply chain management, and enterprise services.

While each of these hybrid blockchains is solving real-world problems, Millicent, a hybrid layer-1 distributed ledger network, recently made its debut. Millicent, a platform co-funded by the UK Government, is aptly positioned to become the hybrid infrastructure layer for the evolving global financial ecosystem.

Unlike existing blockchains, Millicent uses the DAG (Directed Acyclic Graph)-based consensus mechanism, which allows it to deliver parallel transaction processing alongside a throughput rate of 10,000 TPS, paired with the composability and interoperability features of the Cosmos blockchain. By bridging mainstream public and enterprise blockchains alongside traditional finance (TradFi) business models, Millicent offers a hyper-fast, fully regulated, and extremely interoperable distributed network designed to adapt to the evolving nature of money.

Besides winning the Innovate UK Smart Grant in 2021, the UK Government’s most prestigious and competitive R&D grant, Millicent is also the first and the only stablecoin and CBDC project funded by UK Research and Innovation (UKRI), the UK Government’s R&D body. The platform supports CBDCs and stablecoins while lowering entry barriers by providing institutional access to the DeFi (decentralized finance) landscape, on and off-ramp fiat services, tokenized assets, and near-zero transaction fees. Due to its promising features, the platform has already entered into strategic partnerships with IBM and Digital Euro Association.

The Future Is Hybrid

While public and private blockchains play their respective roles, they aren’t universally applicable for supporting the diverse range of use cases in the real world. A hybrid blockchain is the best fit for enterprises that wish to leverage blockchain technology while retaining control over critical business data.

As businesses transition towards blockchain technology, hybrid solutions will take center stage. Besides, blockchain is an ever-evolving technology. Accordingly, with many more innovative models yet to come, hybrid blockchains are increasingly becoming the most preferred choice among enterprises, organizations, and governments worldwide.