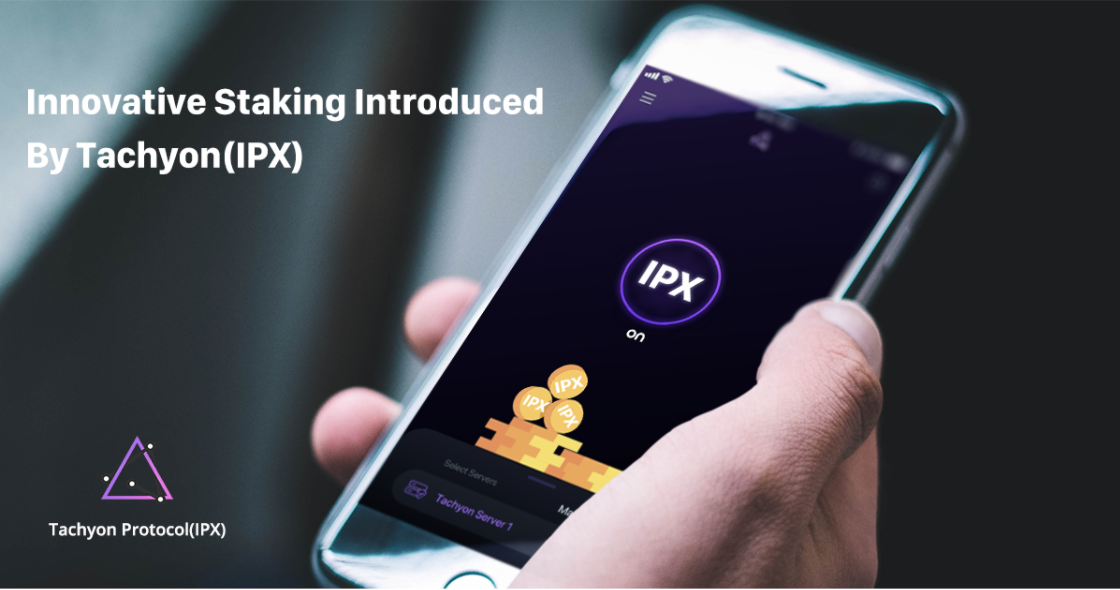 The Tachyon (IPX) team has introduced a community-driven staking model to break down entry barriers to its decentralized VPN node network.

Unlike traditional CPU / GPU mining or simple system staking, the newly introduced IPX Staking Model builds a deep connection between stakers and projects that allows token holders  to take a more active part in the operation of the network in a swift manner.

“Token holders in conventional staking take a passive role in getting reward outputs from the staked token. In this way, staking only benefits the token economy but not aiding project development. We want to get stakers more involved in our project, and maximize their rewards with just a few simple steps.”

Traditional staking aims to encourage token holders to hold their token for the longest time possible. The amount of rewards ties with the total staking amount and time, meaning the token holders only delegate their tokens for staking in order to get more rewards, and stakers don’t have direct control over the operation of the network.

The IPX Staking System is a new solution to build a community-driven staking model. It converts the traditional staking into two parts: 1) regular staking rewards generated by the system, and 2) session rewards that vary based on the amount of bandwidth supplied to the network. .

Tachyon is building a global bandwidth marketplace on a decentralized node network. Since Tachyon VPN has reached 350,000 users, there is huge demand for nodes and bandwidth capacity.

IPX Stakers can become Node Providers on Tachyon VPN easily through staking. To simplify node setup and ensure smooth node operation, Tachyon has cooperated with experienced, professional node operators as Platform Partners to help stakers manage their nodes, so people are not required to have any technology background in order to join the IPX node network.

Stakers earn regular staking rewards but also unlimited session rewards by offering bandwidth to global VPN users. The more users connect to the node, the more session rewards Node Provider can get. At the same time, the node bandwidth supply and function get ensured in a self-governance way.

IPX Staking enables anyone to become a VPN provider and make profits on Tachyon VPN. It can be commonly used in other projects as well. This innovative staking model will benefit the long-term development of projects.

For more information about IPX Staking System, you can visit the official introduction here.

Tachyon Protocol is a decentralized internet protocol that aims to create a libre, secure and private internet for users. Tachyon-based VPN, IoT, DeFi, Storage, CDN, DNS and other Apps will benefit more than 900 million users. By implementing techniques from DHT, blockchain, UDP and encryption, Tachyon is building the next generation TCP/IP that can provide a self-sufficient internet environment with high security, untraceability, availability, and maximum network speed.