Inside Bitcoins Conference and Expo in London 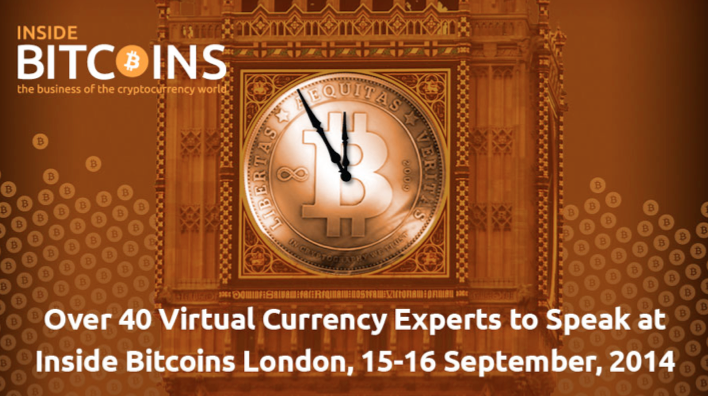 Inside Bitcoins Conference and Expo in London

Inside Bitcoins Conference and Expo in London on September 15-16, 2014 to Feature Over 40 Virtual Currency Experts and 21 Sessions

Inside Bitcoins, the leading international conference and expo exploring the business opportunities and threats posed by the growth of cryptocurrencies, debuts in London, 15-16 September, 2014.

Taking place at the Grange St. Pauls Hotel, on the doorstep of the City of London, Inside Bitcoins already has attendees from over fifteen countries registered and is expected to be the largest virtual currency conference in Europe to date. Exhibitors for the event confirmed so far are Butterfly Labs, btc.sx, CoinSimple, Cryptopay, Jumio, meXBT, and Seedcoin.

The programme is designed to provide an understanding of where the crypto currency industry is today and the associated business opportunities and threats presented to FinTech and infrastructure start-ups and investors looking to capitalise on the rise of a new industry and major corporations seeking innovative solutions providing cost-savings and customer acquisition opportunities.

London is only one of the participating international cities in the Inside Bitcoins world tour, along with Berlin, Hong Kong, Las Vegas, Melbourne, New York City, Seoul, Singapore and Tel Aviv.

For complete information on Inside Bitcoins Conference & visit: http://insidebitcoins.co.uk