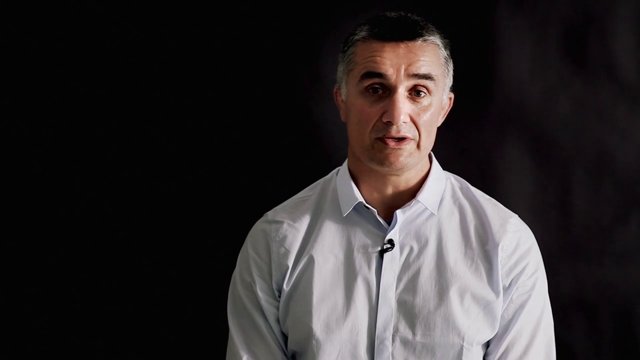 Bitlanders is a new social network that pays people for their content. With bitLanders, users that post blogs, videos, images, and share the best content will have an extra income paid by the social platform.

Also read: BitLanders: A Social Network That Pays You in Bitcoin

Last week, Bitcoinist published an article review of this social network. This week, we decided have a conversation with the bitLanders Co-Founder and CEO, Francesco Rully. 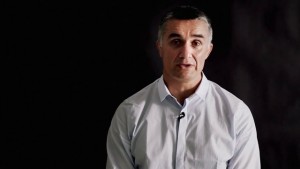 Where did you get the idea for this project? What were the decisive factors that led you to develop bitLanders?

Since 2005, our company had supported filmmakers and bloggers through the Film Annex network, paying content producers based on their BuzzScore, a proprietary algorithm that measures the quality of content, reach and influence of the user. Our main issue was sending payments to users in developing countries where traditional banks had high costs and Paypal wasn’t available. At the end of 2013, we realized that Bitcoin was resolving geographical limitations of traditional banks and Paypal, so we decided to switch our entire business to Bitcoin. In August 2014, we decided to rebrand our company to BitLanders, like the land of Digital Content and Bitcoin.

From what I’ve found, bitLanders in the beginning was considered to be a bitcoin RPG game. What can you tell us about that?

We introduced the gamification of our social media platform to facilitate the understanding of Bitcoin and introduce quests and tasks to educate our new users about Bitcoin and the BuzzScore. Based on our experience in developing countries like Afghanistan, we also understood that asking users to post their pictures, and real names was dangerous and would make some of them targets (especially girls in conservative regions), so we introduced avatars and anonymous nickname registrations. This all contributed to a further gamification of the platform making bitLanders more and more an RPG.

Can you tell us a little bit about yourself and the team behind the development of bitLanders?

I was born in Florence, Italy, and moved to the USA in 1990 at the age of 21 years old to open a fashion distribution company in LA. I lived in LA and Atlanta until 1992 and moved to NYC to further continue my import-export business. In 2002, John Malkovich and I started a fashion line called Uncle KImono. In 2005, I started Film Annex for online film distribution that developed into BitLanders in 2014.

I am a strong believer in what Spiderman says: “with power comes responsibility.” In 2012, I reached out to Roya Mahboob in Afghanistan and with her, we built 13 internet classrooms and connected 55,000 girls to the World Wide Web.

This project developed into Women’s Annex Foundation, now called Digital Citizen Fund, and our mission is educating women and young men in Digital Literacy and with this also Digital Currency. I am a 4th degree black belt in Judo and Judo has been my school in life. I approach life and business like a Judo match, where within 5 minutes; you have a winner and a looser and where decisions must be taken in a split of a second. Two weeks ago, we sponsored the New York Open Judo Team Tournament, and this was our 5th year. 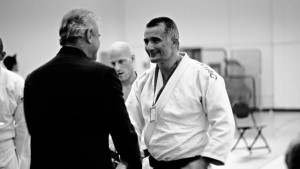 My “intellectual passion and inspiration” goes back to the Renaissance and I see people like Bicci de Medici, Lorenzo il Magnifico and other figures of that time as great role models to a point that an NYC-based writer is writing a novel inspired by some of my old friends.
bitLanders has offices in Florence and Taiwan where Lorenzo Meriggi, Francesco Carignani, and Maurizo Ranaboldo are our head of development and design. This is an incredible team whose creative qualities have made bitLanders’ success. Maybe the fact that we are a “true Italian” team scattered all over the world gave us that extra motivation to extend what the Medici family was doing 600 years ago and triggered the Renaissance through arts and banking. We are doing it with web applications and Bitcoin. In our offices in NYC is Jennifer Bourne, who directs our editorial team. I define her as my boss as she is the eyes and ears of the company while I am spending time in meetings or talking in Italian with our teammates in Italy and Asia. Another important person for our work is Thomas Courtney of See International. He is a very inspirational member of our team, with his experience in trading and arts bringing an independent perspective on our projects and inspires us towards new directions. Also in NY is Elaha Mahboob, who is in charge of BitCharities, explaining charities from all over the world why Bitcoin is an important technology for them and inviting them to join the BitCharities platform on bitLanders.

Did you have any kind of support from investors or the community to keep bitLanders up and running?

No, we are our own VC. I am proud of this, but it’s also my limitation as it’s hard for me to seek financial support. We are now conscious that we have a great marketplace well exceeding the 1 billion dollar mark, a true team that can pivot and develop very fast, and our ideas have proven successful. In essence, we have what investors want. What we need is the time to seat down and see if we can host new people in our tight circle. I usually ask people if they are Judo players or Wrestlers, this facilitates my decisions…

Bitlanders was launched last year and already counts with huge number of members. What do you think were the main reasons it became that popular?

It is a good platform and innovative approach on Bitcoin and gamification, but keep in mind that bitLanders is our testing ground for applications like the BuzzScore, BitGoodie and BitCharities that we are developing as independent platforms and API’s/Applications.

Besides organizing donations for charity, you also have a big sports sponsorship program. Can you tell us more about this? 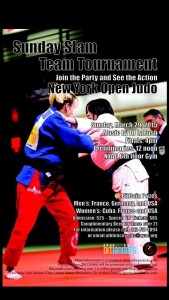 As I mentioned above, I am a strong believer in sports, especially contact and Combat sports like Judo and Wrestling. It is now the 5th year that we have been sponsoring the NY Open Judo Team Tournament at the New York Athletic Club. This year, i am very very very very proud that we were able to have three incredible Women’s Olympic and National teams from Cuba, France and the USA, with 5 Olympic medalists out of the 15 Athletes fighting, and with Cuba as the first Olympic team to come to the USA since the lift on the embargo.

Users on the bitLanders platform earn bitcoin by participating; can you explain how the whole system works and how do you get funds to pay for the users content?

We created a bucket of Bitcoin that we distribute daily. Each user competes with the other 500,000 on the BuzzScore ranking. The higher the ranking, the more bitcoin you win. It’s a constant competition to publish better quality content and have a stronger influence on other users. At the same time, this allows each user to better understand Bitcoin and its qualities.

You claim be the first social network to have developed a fun way for users to earn bitcoin. Many people compare your platform to Facebook. In your opinion, besides the bitcoin earning feature, what are the main differences between bitLanders and any other regular social network? 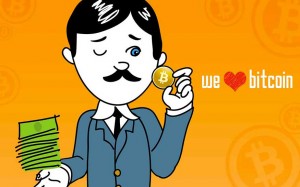 We love social media, and FB is a social media platform that we use to promote our work. We introduced avatars to make our platform entertaining and to preserve our users’ privacy, as well as nicknames and anonymous registration to further preserve our users privacy and anonymity. We introduced bitcoin to empower our users to a free and global payment system so that a 13-year-old Afghan girl can be on the Blockchain and the same ledger as Marc Andreessen and Fred Wilson. We educated about 500,000 users and incentivized them to educate their extended network of 180 million friends and fans about Bitcoin and Crypto assets. We introduced a platform to define Digital Citizenship, especially for users who are located in countries where there are limited opportunities or it’s dangerous to leave their own homes or schools.

Can you talk about bitLanders Roadmap and future developments and events?

We are building a series of satellite applications that will make it easier for users to select their specific interests and further educate them on the applications of Bitcoin. In particular, we are developing a nice network of opportunities with BitCharities and BitGoodie. I can anticipate that we will be using Bitcoin combined to a proprietary Loyalty program. Keep in mind that bitLanders is not a social media network using Bitcoin, but a Bitcoin company using social media and gaming to educate people about Bitcoin and Cryptoassets.

What are your expectations for the cryptocurrency Industry for 2015/16?

I am very optimistic in its growth in terms of users and number of transactions. My focus is on educating people about what Bitcoin is as I know that this will lead to an organic growth in the application of this great technology.

BitLanders can be very profitable, but it can’t be considered as a main source of income. The whole idea is for users to share constructive content, spread knowledge and most of all to promote digital currencies. If you haven’t done it yet, take a moment of your time and visit bitLanders and open your account.

Have you checked out bitLanders yet? Let us know in the comments below!