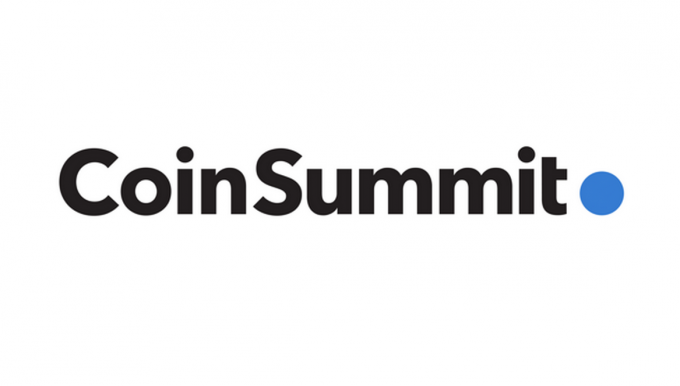 Bitcoinist was a media partner for the CoinSummit event in London. It was a two day conference connecting virtual currency entrepreneurs, angel and VC investors hedge fund professionals and others who were looking to learn and network in the  sector. It took place in the beautiful East Winter Garden.

We had a chance to speak with Pamir Gelenbe the Co-founder of the event.

Bitcoinist: So, this is the second conference you are organizing, and the first one was in San Francisco  right?

Pamir: That’s right. The first one was in San Francisco this year in March, and we did one in London as well last year but it was called Bitcoin London. So we changed the brand to Coin Summit.

Bitcoinist: Just this year there are over 27 conferences in the sector, and it can be clearly seen how those conferences are, you know trying to target the sector. Some conference organizers don’t care about who comes to their conferences. The Bitcoin Foundation’s conferences are really trying to reach out towards the core and connector people. And you found a nieche market and really top level people. Investors and CEO s in the conference which was highly needed in the crypro currency sector. So we are glad you actually reached out to that sector. How do you see that idea now that it is actually happening and it has happened?

Pamir: With CoinSummit we always tried to do is quality not quantity. And it’s something we have done as a husband and wife project out of passion. And it is not something we are doing as a business, at least not right now. And it’s not a business and it actually doesn’t make money. But it’s something we have done out of passion. In a way we just wanted to build a great product, let me just put it this way. For us a great product meant really getting the best people together, create an environment that is conducive for good networking. I always feel very happy when I hear stories about people who started their companies inspired by what they heard at the last CoinSummit for example. So there are several people who told me, you know last year, I came to your events, and after I started. So Frank from Safello told me they started Safello right after Bitcoin London last year, there is a French lady here called Ophelie in Paris, she has just started a company. She does really good, eight employees, right after the San Francisco conference. So by creating this environment, that’s high quality, intimate and hopefully also inspiring. We allow people to get inspired to achieve their dreams and also to meet people who could help them achieve those dreams. Obviously connecting investors and entrepreneurs is important because most of these new start up companies need capital and financing. What we are also finding is that in Europe all of the investors are still not fully caught up on Bitcoin. Whereas in the Bay area, we were amazed by the response we had. So many investors were excited about this, and clearly Bitcoin is taking the Bay area by storm. I think in Europe it’s not quite the case yet, so we are hoping that we are also fulfilling an educational role to some extent with this event we are doing in London this time.

Bitcoinist: That’s great to hear. And you mentioned the Bay area as well as Europe. But the digital currency is also taking over in Asia, like a storm. Do you have any plans to do a conference there?

Pamir: We really haven’t formalised any of our plans in terms of what we do next. So we don’t even know under what fashion do we continue CoinSummit. And I should say upfront that Asia is not a region I know particularly well. I’ve been to Asia many times for work as  well for business, from the very start, I’ve built over the last fifteen years. But from a Bitcoin and conference perspective, it’s not entirely obvious to me what would make the most sense. First of all, Asia is you know very fragmented geography. I mean it’s like talking about Europe. If you wanna do Europe properly, you would probably have top focused on Germany only. And so on so forth. And Asia, China I think is first of all the one primary geography. And I frankly don’t qualify as an expert on China in any way. And it would probably take quite a lot of preparation and work. All these conferencies actually take a lot of preparation. And it’s a lot of networking, a lot of background discussions, trying to get the right people together, is..

Bitcoinist: You made a great job on that!

Pamir: Thank you! So it’s quite time consuming basicly. In China we would be starting from scratch. So..

Bitcoinist: It’s quite a challenge.

Pamir: It’s quitew a challange. We did in the Bay area, we pretty much started from scratch, but it was a little bit easier still. So I really don’t know if we will do something in Asia, I think. There are, as you said, 27 conferences, probably there will be fifty next year, maybe more. And I think there are a lot of people doing good things in different geographies. We try to focus on what we know and try to do it well.