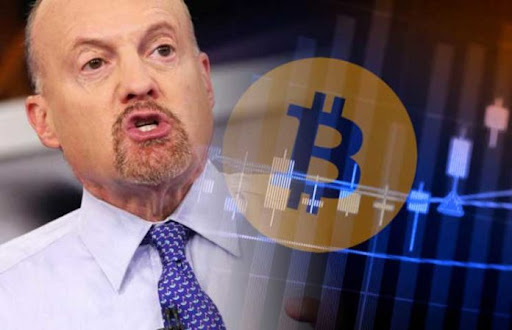 Mad Money Jim Cramer is no newcomer to crypto. The show host has made the news countless times for his takes on crypto and his crypto investments. Cramer has previously disclosed investments in both Bitcoin and Ethereum. And when he sold, Cramer had revealed his plan for getting back into crypto. Once again, the Mad Money host has made the news for his take on crypto. But this time, Cramer is urging crypto holders to sell.

Cramer listed out concerns with the ongoing Evergrande crisis in China, which has adversely affected the crypto market with rumored ties of Tether to the Chinese property developer. Cramer believes that the crisis has more potential to affect the cryptocurrency market. And thus, urges holders to sell off their crypto to avoid incurring massive losses when this happens. “I know the crypto-lovers never want to hear me say sell, but if you’ve got a big gain as I did, well, I’m begging you to,” Cramer said.

The show host says there is likely to be problems with Tether, which has the largest trading pairs in the market. If the $60 billion company gets caught in the cross-fire of the Evergrande situation, then it is going to pull down the entire cryptocurrency market with it. Speaking on this possibility, Cramer said, “The problem with Tether is that it’s backed by various holdings and roughly half of those are commercial paper, short-term loans, and much of that is believed to be, but we don’t know Chinese commercial paper.”

If the rumors circulating about the majority of Tether’s backings being in Chinese commercial papers turn out to be true, and in particular, from Evergrande, the impending bankruptcy of Evergrande will most likely cause the third-largest cryptocurrency to crash if it is suddenly without any backing. This, Cramer says, is why crypto investors need to sell off their holdings. If not all, then at least a part of it while they remain long in their remaining positions.

Evergrande Is Trouble For Crypto, Regardless Of Tether Connections

Cramer urged investors to sell and take gains now before the market suffers more. Noting that whether Tether holds the commercial papers from Evergrande or not does not matter. A company the size of Evergrande collapsing is sure to cause ripple effects that will affect the crypto market. Most likely due to spillover from the financial markets that are directly affected by Evergrande going bankrupt.

“If Tether collapsed, well, then it’s going to gut the whole crypto ecosystem. So if you won crypto in any form and you’ve got big gains, I recommend taking something off the table.”

Cramer also added that the cryptocurrency space is currently “crowded” and as such, does not wish to see investors lose money in the market as the Evergrande situation continues to develop.