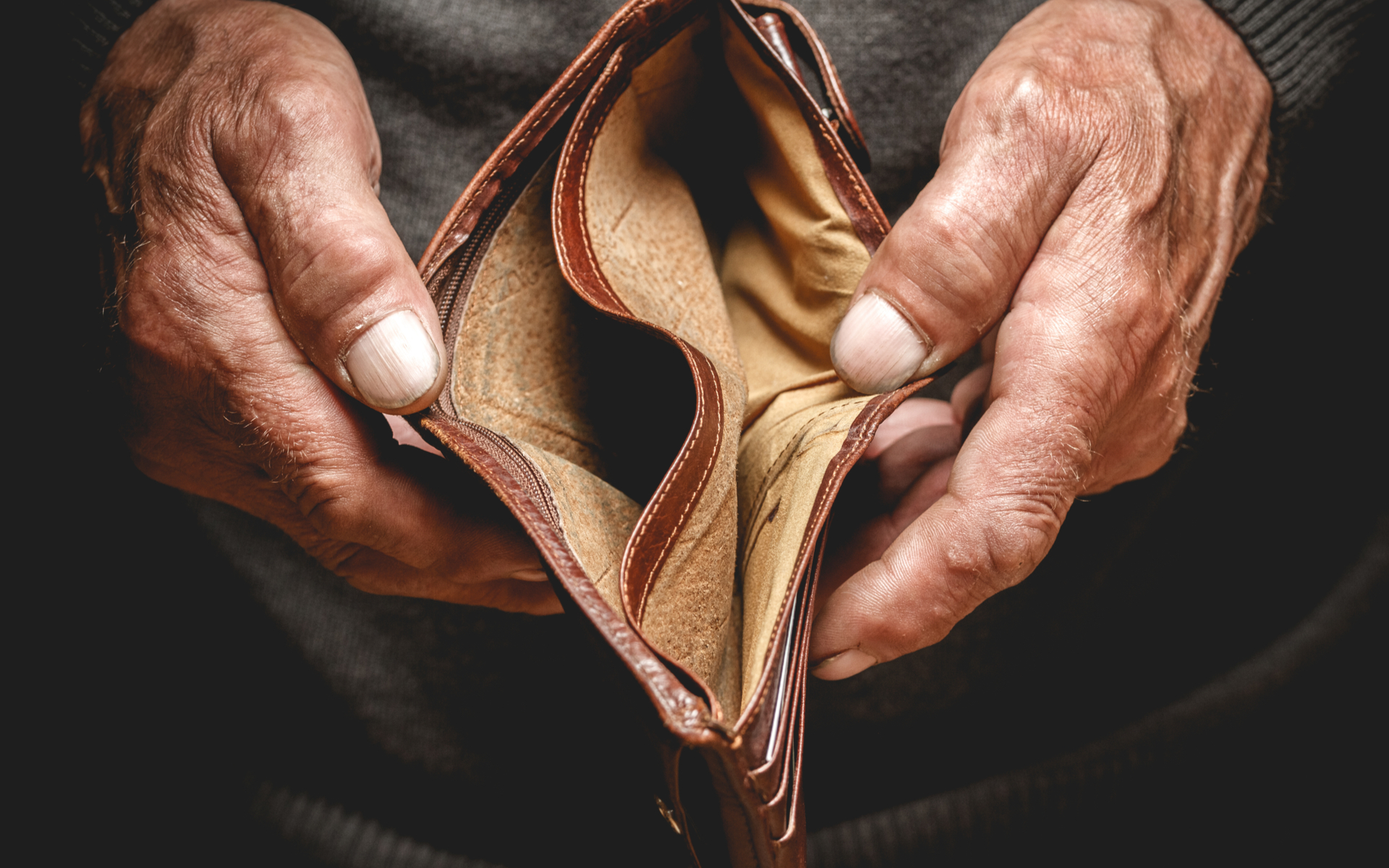 Research from The Block shows that while some IEO’s have been wildly successful, the majority are not profitable for investors.

IEOs are Popular but Not Always Profitable

On Wednesday blockchain and cryptocurrency researcher, Larry Cermak posted an intriguing Twitter thread about the performance of IEOs in 2019. 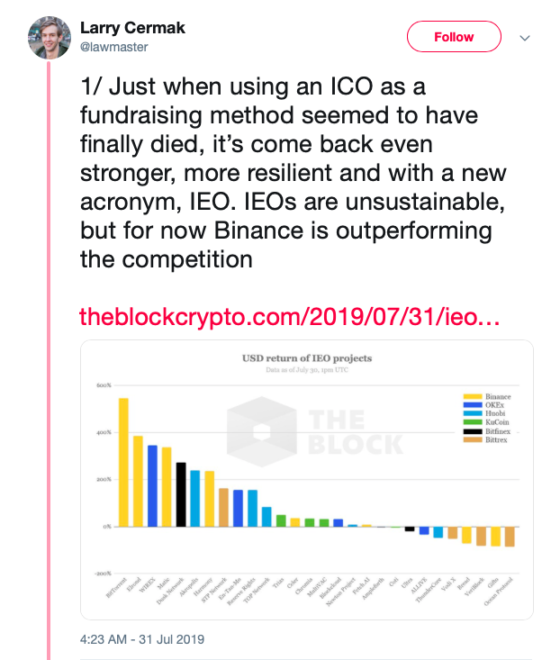 According to The Block head of research, about 180 blockchain projects secured funding through an internal exchange offering (IEO) and currently 40 exchanges have hosted at least one IEO. 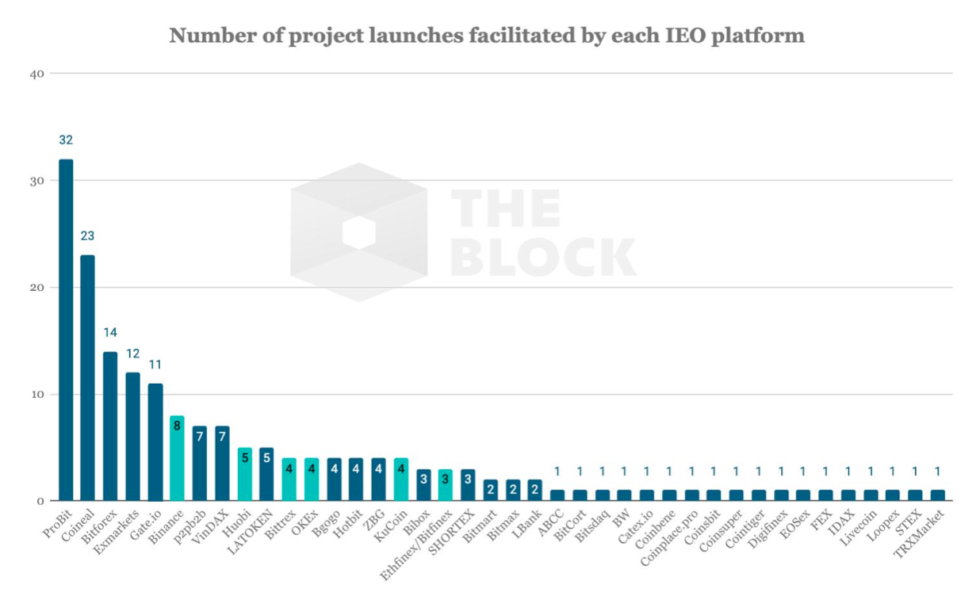 Cermak wisely chose to focus only on legitimate exchanges instead of those known for pump and dumps, and manipulated trading volume. Legitimate exchanges hosted a total of 28 IEOs, of which 18 (64%) were net positive in USD terms. It is also notable that less than half of these projects outperformed Bitcoin. 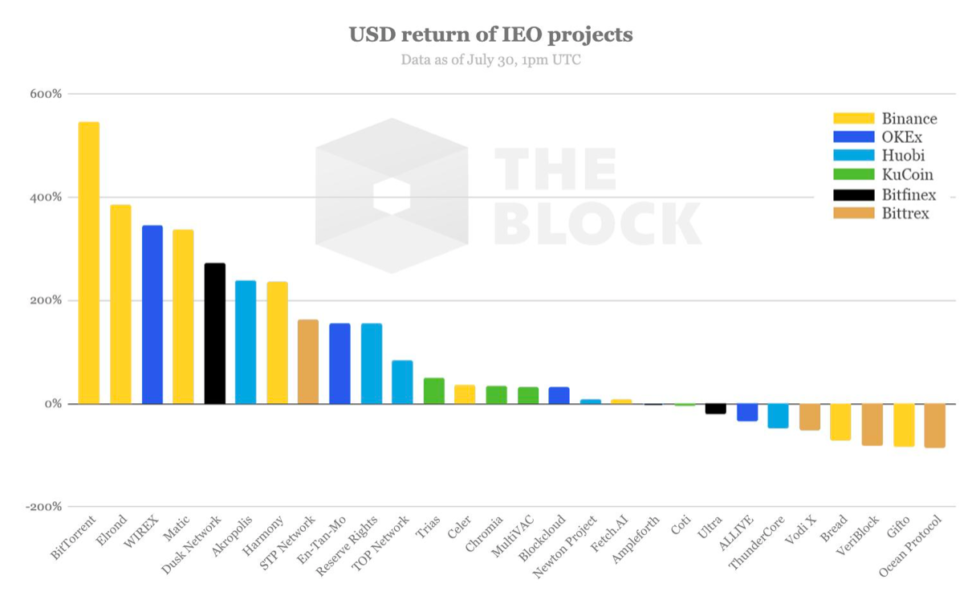 Binance currently leads the sector in hosting successful IEOs which comes as no surprise given the exchange’s international reach and capacity to list a vast array of coins. Aside from Binance, four relatively unknown exchanges (Coineal, Exmarkets, Bitforex, and ProBit) hosted 45% of all IEOs. 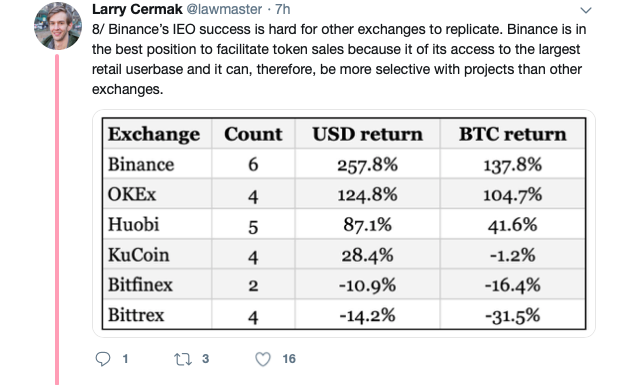 According to data provided by The Block, the allure of IEOs is overwhelmingly speculative and in 2019, 12 projects produced a 500% return for investors. Cermak explained that:

Data shows that there is a strong relationship between a token’s price fluctuation from it’s all-time high and the number of days that passed since the token sale listing. 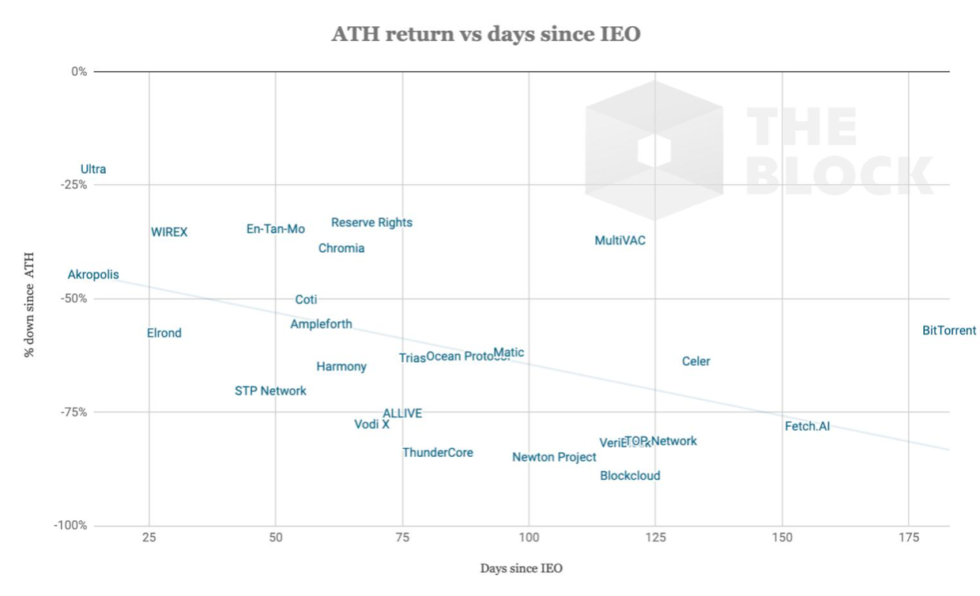 Given the speculative nature of these token listings, Cermak suggests that investors should take care in choosing which projects to invest in and advises that they should not sit in any particular IEO token for too long.

Cermak concludes that roughly 75% of projects dropped 50% of their value since reaching an all-time high and he observed that:

Do you think IEOs are the new ICO or just a way for exchanges to increase volume and price for their native exchange tokens? Share your thoughts in the comments below!