Last Time This Much Ethereum Was In Profit, ETH Declined By 50%

When the price of an asset increases, the incentive one has to sell that asset increases. This is the case with stocks, precious metal, real estate, and crypto. A profit-taking sell-off may soon play out with Ethereum, according to historical analysis of on-chain data.

Glassnode, a blockchain analytics firm, shared the chart below on August 3rd. According to their data, more than 90% of all circulating ETH is currently in a state of profit:

“Over 90% of the circulating #ETH supply is now in a state of profit, i.e. the current price is higher compared to the price at the time the coins last moved,” Glassnode commented on the chart seen below.” 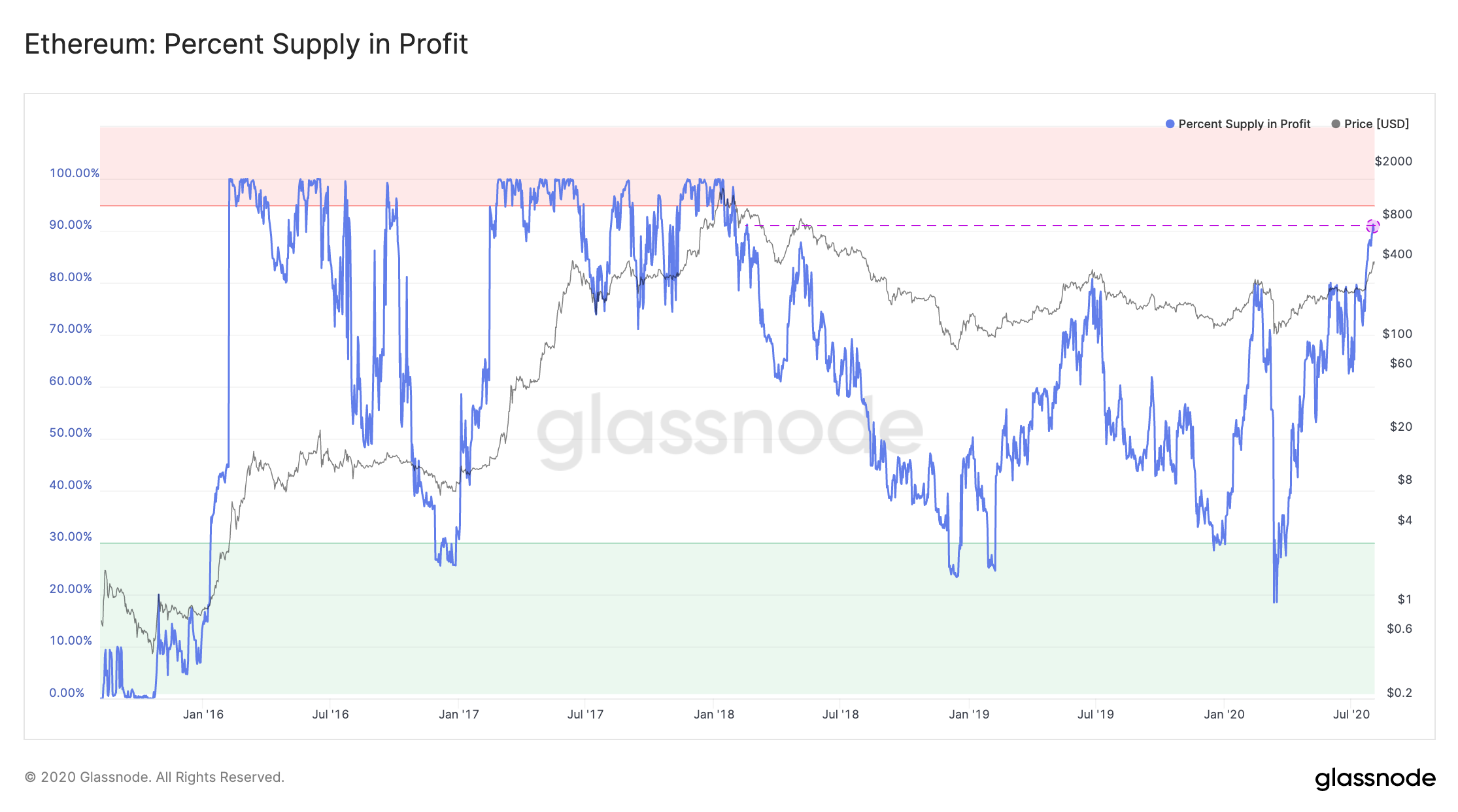 This is important to ETH’s price action because the last time this was seen was in February 2018, when ETH was trading at $925. Ethereum proceeded to retrace by approximately 50% to the Aprils lows of $380.

That’s to say, should history rhyme, the cryptocurrency may soon suffer a strong retracement.

Importantly, though, just because a majority of investors are in profit doesn’t mean a retracement is set in stone. In 2016 and 2017, while ETH was consistently setting new all-time highs, the asset barely sold off, reaching $1,450 in January 2018.

Even though ETH may manage to continue rallying against the dollar, some are expecting the asset to drop against Bitcoin.

As reported by Bitcoinist previously, a Telegram channel tracking the Tom Demark Sequential has printed a textbook sell signal for ETH/BTC. The TD Sequential forms “9” and “13” candles when an asset is at a point in its trend where it is likely to reverse. 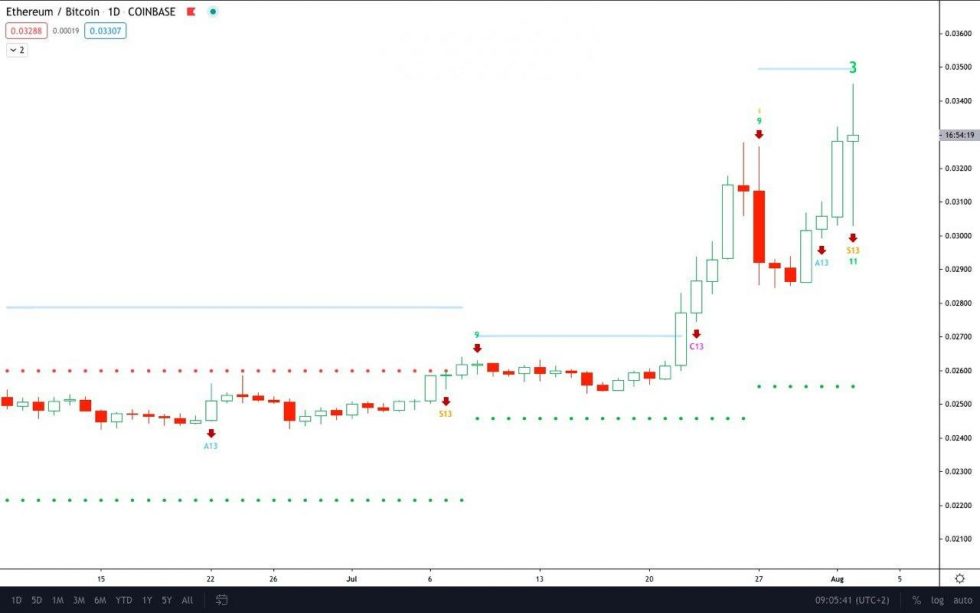 This is a sentiment that has been shared by other analysts. One trader postulated that the weekend’s flash crash made ETH/BTC print a “channel fakeout” that could lead to a strong decline in Ethereum against Bitcoin.