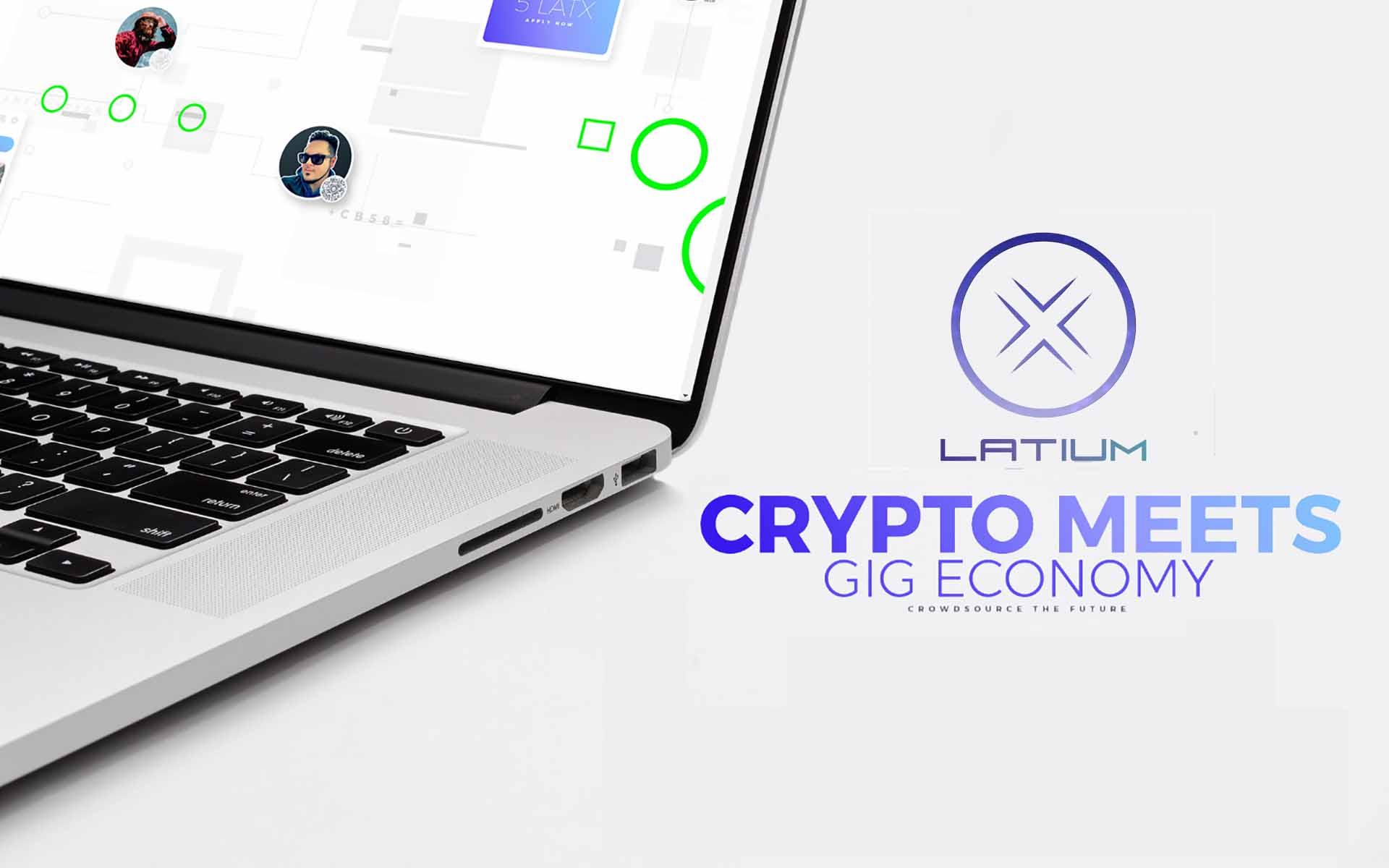 Madison, Mississippi, June 16, 2018 – Cryptocurrency and Blockchain Technology has entered almost every niche of today’s society on a global scale. It was only a matter of time before some forward-thinking company would introduce it in the form of a new online platform to create a vastly improved modus-operandi for the ever-expanding world of Gig Workers.

A segment on CNN Money recently published an article which found that the U.S gig economy accounted for roughly 34 percent of the U.S workforce and is expected to climb to 43 percent by the year 2020, according to Intuit CEO Brad Smith. The global number of Gig Workers would reflect a vastly higher number.

Fortunately, the team at Latium has launched their much-anticipated platform for the Global Gig Workforce. Latium is a tasking platform which enables employers to create tasks in which a potential employee can complete for payment. These tasks can either be done in the digital or physical world and can be offered as a one to many, or as a one to one employment situation.

This creates countless opportunities for employers and employees. For payment, the Latium platform utilizes its own token (LATX) to facilitate payments within the ecosystem while also acting as a trading pair within its own in-house exchange. Latium also incorporates other key features such as a built-in GPS, chat function, and a mobile app which will help facilitate operations of both employers and employees. When combined, these functions will help create an intuitive and user- friendly environment for all parties involved in the Latium Ecosystem.

Tasking on the Blockchain is the next generation of how Gig Workers will interact. Through the use of smart contracts coded for the Blockchain, a new era of efficiency and fairness will prevail. It will be impossible for any one person of a cabal of interlopers to make changes to the contract.

Imagine a user is promoting a grand opening for a new restaurant. They post a new task with the details of the event and then approve applicants that wish to show up for a reward. As the applicants show up they must all scan either a printed QR code, scan a code on the task creator’s phone, or stay within a certain GPS location for a certain amount of time in order to check-in to the event. Once the event is complete, they will scan an additional code to release payment for the task or auto release based on GPS. “In-Person” multi-contract tasks can be used for marketing events such as this, or even political or community-driven projects.

Some of the Features and Benefits of the Latium Platform:

Latium can be utilized in any employment situation. Whether the task requires a single person, a group of people, or thousands of people, Latium can scale to any demand as needed. Secondly, with the use of a friendly interface and payment process, receiving a payment in cryptocurrency has never been quicker or easier.

Ready to join the next generation of the Gig Workers economy? Want to get started using Latium? Register on the website and start earning LATX: https://latium.org/

Connect with the Latium team and community on telegram: https://t.me/joinchat/GPJK8w3rbib8uj58hUXMJw

Check out the Latium YouTube channel for informative videos as well as the latest AMA: https://www.youtube.com/channel/UCVpdgrJF6FUXFM2P2zwDv-Q/videos

Syscoin and SupraOracles Join Forces to Onboard the World to Web3