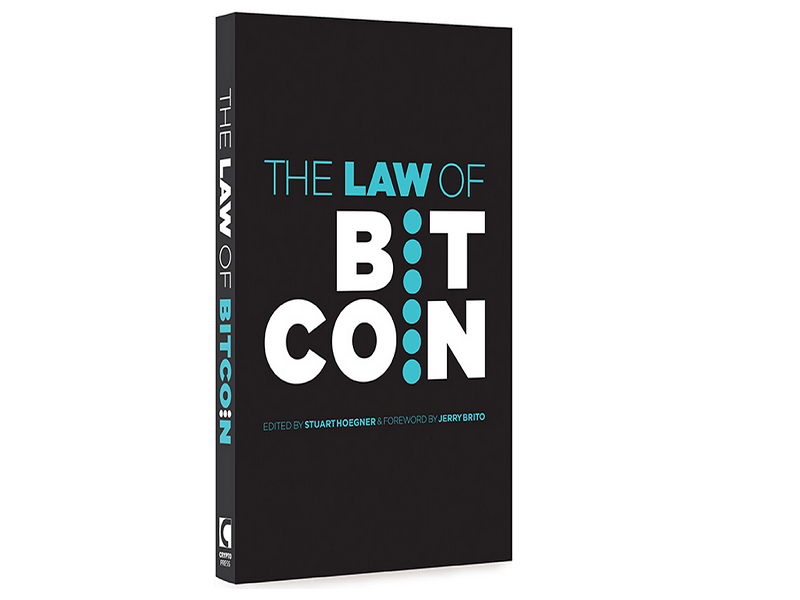 ‘The Law of Bitcoin’ is a Guide for Lawyers and Legislators

When Mt. Gox collapsed in 2014, or when Silk Road was taken down by the US federal government, it was more than financial irregularities and crime. Bitcoin poses new issues that law enforcement agencies, legislators, and regulators  have never come across. The book, The Law of Bitcoin, tries to address these issues and provide some solutions to regulators.

Also read: Exclusive Interview with ‘The Law of Bitcoin Team’

The authors of The Law of Bitcoin all have experience in advising clients on and litigating cases over the novel, complex, and important issues, and their book has dealt with Bitcoin quite delicately and comprehensively. Reading The Law of Bitcoin will give answers to anyone with advanced questions regarding the digital currency, allowing them to develop a fundamental understanding of the basics of how the law affects cryptocurrency and Bitcoin businesses.

The Law of Bitcoin is a sincere attempt to address the legal issues surrounding the billion dollar Bitcoin ecosystem that has emerged since the explosion in Bitcoin adoption. Published in July 2015, this book is a response to the great interest and need for a text focused on the law of cryptocurrencies, especially Bitcoin. The authors have tried to provide exclusive coverage of the cryptocurrency laws in four jurisdictions: the United States, the United Kingdom, Canada, and Germany.

Silk Road, Mt. Gox, several Bitcoin exchange and wallet hacks, and price valatility in the nascent Bitcoin market demonstrates the potential, and the immaturity, of the Bitcoin economy. If the Bitcoin industry is to flourish, only serious money and real investors need to enter the market. However, for that to happen, legal certainty is a fundamental requirement. The stakeholders should know about their rights and who is responsible for pricing errors or market manipulation, among other things.

How do Cryptocurrencies fit into the Existing Framework of Laws?

Before The Law of Bitcoin, not many legal books attempted to answer the question of how cryptocurrencies fit into the existing framework of laws. Since Bitcoin came into existence in 2009, it has been of great interest to law enforcement agencies, tax authorities, and legal regulators, all of which are trying to understand how the cryptocurrency fits into existing frameworks. However, the legality of a user’s Bitcoin activities depends on who he is, where he lives, and what is he doing with the digital currency.

Thus, Bitcoin is a very contentious issue for regulators and law enforcers who want control its use, and very ambiguous for Bitcoin businesses that want greater clarity. There is no outcome or finality among legal authorities and Bitcoin businesses ,as they are still struggling to reach a point of agreement. However, by reading The Law of Bitcoin, people will find that the authors have tried to show regulators, businesses, and other stakeholders how Bitcoin should be treated.

The authors of The Law of Bitcoin have also attempted to explain the legal implications of Bitcoin transactions. For instance, if a Bitcoin transaction is anything other than a pure gift, a contract has been created, which brings laws regarding contracts into the scene. Similarly, Bitcoin transactions are some kind of financial value-exchange, so laws on handling securities, money laundering, and the like are going to be engaged.

Thus, written by knowledgeable leaders in the fields of law and cryptocurrency, The Law of Bitcoin has tried to address a range of issues that include the intersection of cryptocurrencies and criminal law, taxation, anti-money laundering and counter-terrorist financing regulations, securities law, consumer protection, negotiable instruments, currency law, and financial regulation.

Have you read The Law of Bitcoin? Let us know in the comments below!

Images courtesy of The Law of Bitcoin, PixaBay