The round was led by Bitcoin-friendly venture capitalist group, Draper Fisher Jurvetson (DFJ) Growth Fund, which Tim Draper, bitcoin investor and Silk Road Action winner, is a partner of. Other bitcoin seasoned venture capitalists participating in this round included Union Square Ventures and Andreessen Horowitz.

The company has previously raised $31 million into two prior funding rounds. With the new racing round, the company has now raised a combined $106 million. 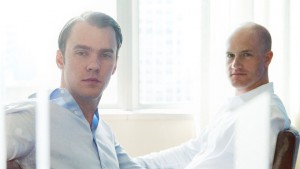 “I think this just really changes the conversation. There’s smart money out there that is betting big on this and is totally unphased by the whims of the price and what the market is doing. They’re much more concerned about the fundamentals of what’s happening in the network … and across those metrics, everything is looking great,” said Armstrong in an interview.

The list of investors could give Coinbase more credibility among the existing financial industry. Bitcoin, and businesses built on top of it, have struggled with credibility because of their association with dark net marketplaces like the Silk Road, as well as the current unregulated state of the industry.

Some industry commentators have also speculated that new partnerships and opportunities may come out of these new investments.The investors could help Coinbase enter Latin America and Asia, as well as offer new banking products. Some of the larger merchants Coinbase has signed on to their platform has been part of the portfolio of Andreessen Horowitz, one of Coinbase’s early investors.

Coinbase will be using the money to expand their employee base and their international reach. The company is currently in 19 countries, after expanding to 13 European countries last year. The company hopes to continue to expand the markets they operate and reach 30 markets by the end of the year.

The company has not announced which markets they are planning to enter, but the company has talked about likely candidates. Armstrong said, “In India, there are 100 million phones that are connected to the Internet, 2% of those people have a credit card or bank account and those people don’t have a desktop computer and they don’t have email.”

Armstrong has already stated that he believes bitcoin’s true potential is in developing markets, where banking penetration is low, while mobile phone penetration is high. Coinbase has already said they have compiled data about the countries with those metrics and are deciding which ones expand to.

“Bitcoin will take off in areas that are underserved by traditional payment systems right now, areas where people’s next alternative is dramatically worse,” said Armstrong.

Armstrong also mentioned that, in order for Coinbase to expand into these markets, the company will need to tailor its products and services to these unique markets. On top of that, a large amount of the new capital will be used for meeting the regulatory requirements in these new jurisdictions. 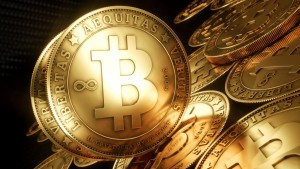 Coinbase considers itself to be leading the bitcoin industry in three areas: merchant payment processing, bitcoin wallets, and developer APIs. 2014 saw the first multi-billion dollar businesses accept bitcoin; out of the 11 that did so, 9 did so through Coinbase. The company has over 36,000 merchants on their service, including merchants on Paypal, Shopify, and other merchant platforms who Coinbase has partnered with.

The company’s bitcoin API, Toshi, has the most developers building on it on Github compared to all other bitcoin APIs. It also has the most active apps built on top of it. The company has over 2 million bitcoin wallets on their platform, which where they say they are also leading the industry. They have the most sign-ups and deposits out of the whole industry.

Since the currency started gaining real steam, startups around the digital currency have been springing up like mad. On the heels of the startups have been venture capitalists who have been investing in numerous companies in the sector. Among those investors have been tech veterans like Fred Wilson and Marc Andreessen, who are big players in the tech venture capital. They have also gone on to become bitcoin enthusiasts and proponents.

At the end of 2013, the bitcoin industry raised about $90 million in venture capital. In 2014, that number increased by 3 fold, reaching $314.7m. Coinbase’s new round is almost one third of all of the venture capital raised last year. Many people think venture capital in bitcoin companies will continue that trend and 2015 will mark a year a new record breaking year for bitcoin.