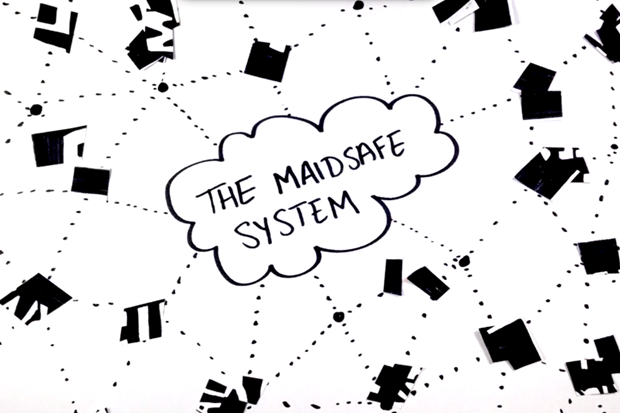 Why should we decentralize Internet, it seems to be working fine right? Well for now, at least. According to MaidSafe’s whitepaper, datacenters that support the Internet’s backbone are having increasingly trouble to cope with the 2.4 billion people connected to it, a number that is expected to increase to 3.6 billion by 2017.

On top of that it’s highly expensive, as datacenters consume 1.3% of the world’s electricity on top of the specialized server equipment required. With this highly centralized situation that is bound to fail, decentralization, which MaidSafeCoin is trying to do, should occur sooner than later.

It plans on doing this by taking “all the Internet services currently available today and decentralizes them removing centers and other central points of weakness.”

Besides increasing reliability and stability of the internet if this were to happen, we would gain several other advantages such as privacy, anonymity, easier file sharing, and network resistance to MITM attacks just to name a few.

How does it plan on accomplishing this goal? With their version of mining, which goes under the name of Proof of Resource. “Farmers” or miners in other cryptocurrencies, rely on mathematical proofs. With MaidSafeCoin, coins are earned by donating resources (CPU processing cycles, bandwidth, etc.) to the network, basically a p2p server system.

They donate these resources through a “vault”, similar to a Masternode in Darkcoins network, in that it is a node running on the network. Farmers are expected to receive 800 coins daily on average, according to MaidSafe’s website. With current prices however, being around 1.4 cents, that’s around $11.20. So even at fairly low prices, the reward is competitive with that amongst mining.

What MaidSafe is trying to do is revolutionary. Perhaps even more revolutionary than the idea of a decentralized currency. It’s going to go over its fair amount of hurdles as well, such as cooperation from corporations, getting enough users to become farmers to make this feasible, and possible laws that might interfere. However, if enough people come on board. I believe in the end everyone will benefit. This just shows that the concept of decentralization, the removing of a central figure, can be applied to all sorts of aspects of life.