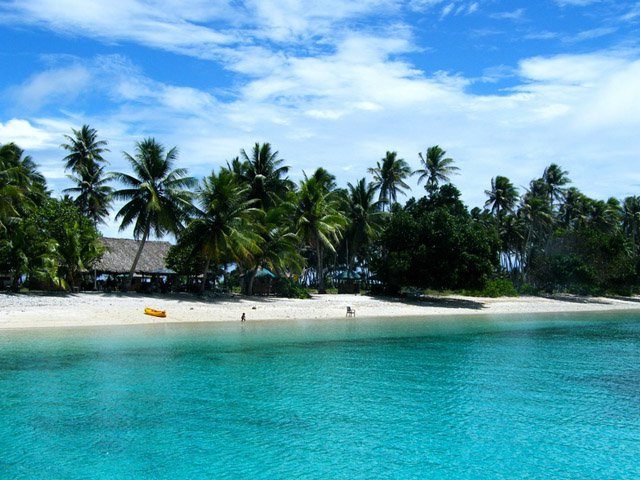 The Marshall Islands Will Proceed with SOV Cryptocurrency

The next stage for SOV cryptocurrency was revealed yesterday at Invest: Asia. The RMI is moving ahead with a timed-release monetary issuance.

The Marshall Islands announced the creation of the first-ever legal tender issued as a cryptocurrency, the Sovereign (SOV) back in February 2018. Yet since then, things have gone a bit quiet.

Yesterday, however, at the Invest: Asia cryptocurrency conference in Singapore, the Republic of the Marshall Islands (RMI) announced that it is moving ahead with its blockchain-based national currency after all.

The Marshall Islands is on track to have a blockchain-based national currency, the Marshallese SOV. And it's arguably more than just a 'tiny isolated Pacific nation' https://t.co/jIyfpmo8KH

The Next Stage for RMI’s SOV Cryptocurrency

Environment Minister and Minister-in-Assistance to the President of the Republic of the Marshall Islands (RMI) David Paul, announced the next step for SOV cryptocurrency.

The team behind its creation (including blockchain export and Strategy Lead on Malta’s National Blockchain Task Force Steve Tendon) plans to introduce it in “a highly visible way” before its circulation in the Islands is initiated.

SOV will be introduced to the market gradually through a Timed Release Monetary Issuance (TRMI) rather like a token pre-sale.

All units sold during the timed-release period will be exchanged for the Marshallese SOV upon its official launch (no date for that yet).

Minister Paul explained that SOV was not only an opportunity for the Islands to create their own money for the first time (they currently use the U.S. dollar) but that it “enshrines our Marshallese values.”

More Than Just a Government-Backed Cryptocurrency

According to its webpage, “unlike Bitcoin, Libra, or other cryptocurrencies,” SOV is money just like the dollar or the euro, however:

SOV also has advantages over traditional government-issued currencies, as it leverages innovations in cryptocurrencies.

The Mashall Islands faces several pressing issues brought about by climate change and an ongoing health crisis due to nuclear testing at its Bikini Atoll coral reef.

If you’re not familiar w/ the Marshall Islands: it’s the island that the U.S. military nuclear tested 67 bombs on. The biggest one was dropped on Bikini Atoll, causing an explosion 1000x bigger than the bomb we dropped on Hiroshima.

The creation of SOV cryptocurrency is about much more than simply issuing a digital blockchain-based legal tender. It’s about finding solutions to sustaining the island into the future.

The bulk of the sale proceeds is going to be placed in trust funds which will be used to combat the multiple issues the tiny country faces.

Isolated in the Pacific Ocean with a population of just 75,000, the sovereign nation faces many problems beyond its climate and health crises. Currently, the country receives funding from the United States, yet that will come to an end in 2023.

Moreover, due to its remoteness, the RMI is hampered by logistical challenges and Marshallese citizens currently endure high remittance costs of as much as 10% per transaction. However, “blockchain changes everything,” Minister Paul said.

How Will the SOV Work Exactly?

SOV is backed and issued by the Marshallese government on a specially developed blockchain that has built-in compliance features. It is algorithmically programmed to grow at a fixed rate of 4% per year. This, the minister explained, will make it “sustainable, fair, safe and simple.”

The government won’t be able to interfere and print money at will and its people are protected from high inflation wiping out their wealth. While the SOV cryptocurrency will be the Islands’ legal tender, the U.S. dollar will still circulate after its launch, at least initially.

Thanks to its built-in compliance (only verified users will be able to transact in SOV), it will reduce the country’s burden and effectively help fight against money laundering and financing of terrorism.

Moreover, on top of its fixed supply growth, newly created SOV cryptocurrency will be sent to eligible holders–all Marshallese citizens. They will also receive an equal share of 10% of the initial currency supply–another world-first that “no other government has done.”

What is the future of Marshall Island’s SOV cryptocurrency? Will it find widespread acceptance? Share your thought.