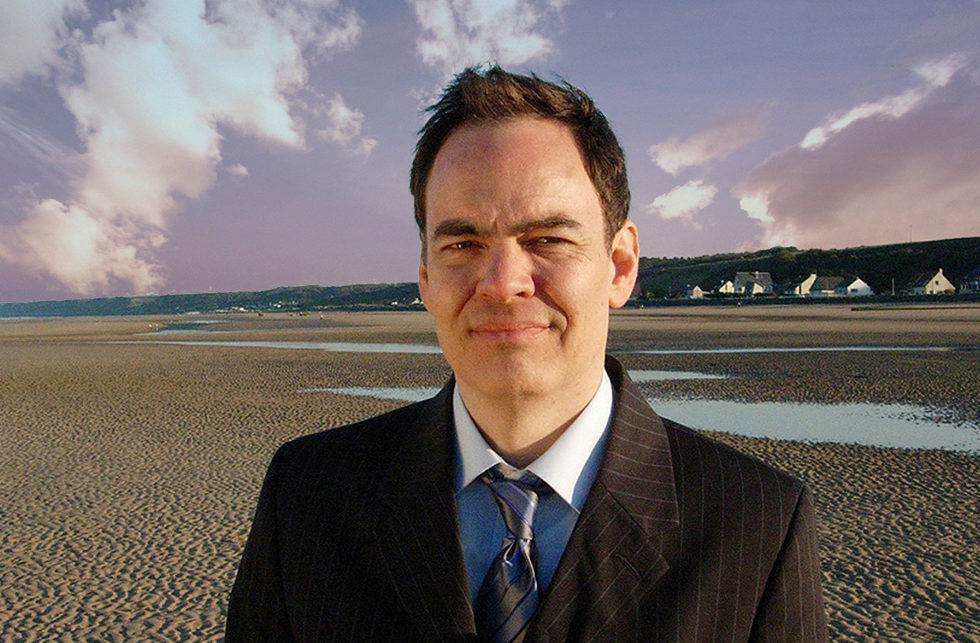 Max Keiser once again shared his thoughts with Bitcoinist on the latest happenings in France, how Russia may use Bitcoin for its strategic reserves, and why Bitcoin is king while altcoins should be “left to dickheads like Jamie Dimon.”

Bitcoinist: What’ have you been up to lately? Anything interesting in the works from Max Keiser?

Max Keiser: What’s new? Our new series on RT, “GONZO Max and Stacy,” debuting on December 23. We’re back on the road barnstorming across America. Stacy gets trapped in a pit filled with alligators in Florida and you won’t believe what happens, but it involves Max on a zip-line.

What we discovered on this GONZO journey is that Trump is as American as Apple Pie and the Fourth of July. So-called progressives like my old friend Alec Baldwin and his brother Billy – I realized when traveling the country – are basically self-hating Americans who hate the fact that Trump is us; while Pentagon mouthpieces like Rachel Maddow on MSNBC, is Trump’s useful idiot.

She’s always talking about Russia, but nobody in America talks about Russia. Trump plays her, Alec Baldwin, SNL, The New York Times, Vanity Fair, Washington Post and The New Yorker, like a fiddle.

Everyone is talking about the Paris protests. What is the root cause of the dissent?

Keiser Report coined the phrase, ‘Global Insurrection Against Banker Occupation’ (GIABO), in 2008 during the Greek Riots. Soon after that we saw the ‘Arab Spring’ and then ‘Occupy Wall Street,’ confirming the global protest movement against banksters – with the root cause being fiat money and corrupt bankers and central bankers – who simply print trillions for themselves without oversight whenever the mood strikes and without any concern how counterfeit fiat distorts and disfigures the global economy in gross and recklessly dangerous ways.

The violence we see now is baked into the fiat cake. And now bankers, like Macron, are getting their just desserts. We covered it all on the front lines in Athens, Cairo, Paris, and Zuccotti Park and witnessed the beginning of the global awakening and the rise of anger at the global bankster robber barons.

Not only did we cover this when no other news outlet was, but our viewers also benefited when we had guests on the show explaining why Gold at $400, Silver at $7, and Bitcoin at $1 were all very cheap when you understand how this global anger at banksters plays out in global markets.

You recently stated: “If every French person converted 20% of their bank deposits into Bitcoin… French banks and the government would collapse and a lot of bloodshed could be avoided.” Can you talk more about this?

Fractional reserve banking requires a minimum reserve percentage against loans set by Basil III. Removing 20% of deposits would set in motion a doom-loop of insolvency for French banks. The withdrawn cash should go onto a Bitcoin debit card so people won’t experience any inconvenience.

Plus, if a critical mass of people do this, and this applies globally, Bitcoin would hit new ATH very quickly. With the banks collapsed, and the center of wealth shifting from the banksters to the people, the protests in France would stop. The French would get rid of the current government and create a Sixth Republique.

The Kremlin just told Russian banks to prepare for disconnection from international payment systems. This is all happening as other countries back away from the US dollar as a global reserve currency. Can nations benefit from Bitcoin as a strategic geopolitical tool?

Uniquely, for the past 15 years, Russia has been paying down their debt and increasing their Gold reserves. No other country has been able to do this. Keep in mind, the point of the sanctions is to try and pry Russia back into the global debt-binging game, but they have resisted – while growing their economy. Much of this incredible success can be attributed to Elvira Nabiullina, the Russian central bank chief who is Russia’s secret weapon against Western debt-pushers and fiat money extremists.

In my opinion, Russia will start looking at Bitcoin the way they look at Gold and begin amassing Bitcoin as a strategic reserve. Putin has gone on record stating he wants Russia to be the world leader in crypto.

You stated that “we never left the financial crisis” as it simply got papered over by central banks. Now, we see the stock market starting to look shaky. If subprime was the cause of the ’08 crisis, what will spark the next crash?

The pin that pops the current bubble will probably be Deutsche Bank declaring insolvency. This will be the falling domino that starts another Lehman-esque cascading down of markets.

What will it take for Bitcoin to ‘cross the chasm’ on the tech adoption curve?

Meanwhile, some analysts suggest that this is a shakeout of retail investors while institutions are ‘buying the dip.’ Do you agree with this theory?

Bitcoin adoption has always been driven by bank failures, bailouts, bail-ins, and political unrest. The problem Bitcoin has had recently is its competitor, the US Dollar, has been rising.

When the dollar rolls over and starts dropping, Bitcoin will hit new ATH.

BTCC co-founder Bobby Lee, for example, is predicting the price floor of around $2500 based on historical trends. Do agree that the bottom is close or could BTC price go under $1000?

Bitcoin technology isn’t static. Many developments to improve privacy, fungibility, and utility are underway including Lightning Network, Schnorr Sigs, Sidechains, Confidential Transactions, Bulletproofs etc. What are you most excited about?

LN is awesome. I heard Elizabeth Stark talk about it at CryptoSprings last year and was incredibly impressed. We just got our Casa full node (full disclosure, we’re investors in Casa) and are setting it up now. Watch Jackson Palmer’s latest video on this.

How important are altcoins? Does a ‘diversified’ crypto portfolio make sense given their lackluster performance versus Bitcoin this year?

Always have at least 90% of your port in Bitcoin. Anything less and you’re undermining Bitcoin’s ability to defeat fiat. Leave alts to dickheads like Jamie Dimon.

Do you agree with Max Keiser? Share your thoughts below!