Meta Working On Deal With Brazil To Trademark Crypto

by khalisol
in Altcoins, Bitcoin
0

Meta is currently awaiting a final green light for an application registration deal done with Brazil and Brazilian authorities that will shake up the game and allow them to expand into a new market.

Meta published the application for registration in late January, and is currently awaiting opposition prior to INPI approval in Brazil; as Meta hopes to bridge a gap for Bitcoin and other crypto with its new hardware development that looks to change the game, could the company help add Brazil to the list of crypto destinations?

Related Reading | What Is AOPP? And, Why Is The Bitcoin Community Up In Arms About It?

Meta & The New Venture With Brazil…

Meta filed a trademark registration with the Brazil and the Brazilian National Institute of Industrial Property (INPI) for crypto products and services related to trading, wallets and exchanges platforms.

A metacoin platform is an information technology infrastructure that enables a digital currency and its digital asset transactions. It involves a distributed ledger technology that we commonly know and refer to as a blockchain. Popular metacoin platforms include the likes of Bitcoin and Ethereum.

Meta, the world’s biggest social media platform, has filed a trademark registration with the Brazilian authorities to design, develop and provision hardware and software for various Bitcoin and crypto-related services. To sum it up, this is a “design, development and implementation of software for third-party verification services for digital currency transactions, including (but not limited to) transactions involving Bitcoin currency.”

The National Institute of Intellectual Property (IPNI) is a French administrative public institution having the task of receiving applications and granting titles of industrial property, such as brevets or patents. Meta had filed earlier in the year, and has been waiting for some time now; once done, the move could open up the gates and raise up the awareness for crypto in Brazil. 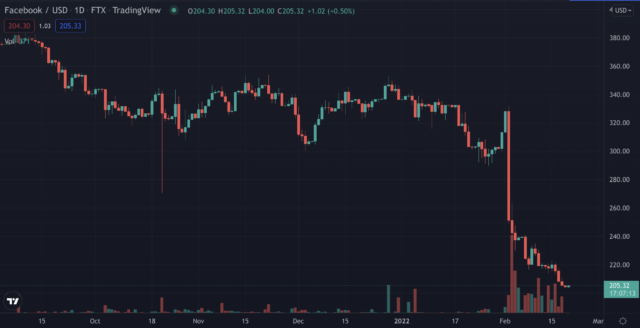 Meta published the application for registration in recent weeks, and is currently awaiting opposition prior INPI approval. According to the filing, Meta’s initial trademark filing order was placed on October 5 last year.

Meta: A New Place With An Old Trick…

Meta has done quite a bit of rebranding recently, especially around crypto and blockchain tech, and around it’s broader Facebook product in particular, with the intent to better align with the metaverse developments. Despite regulatory hurdles faced during its many attempts to enter the crypto space, Meta continues on. Meta is one of the largest social media platforms, despite it’s broader public perception of being the ‘social media for boomers’ relative to other platforms.

After connecting with Facebook and parting ways with some former crypto executives, Meta has shown good sight at the future – can they hold on to the momentum moving forward?