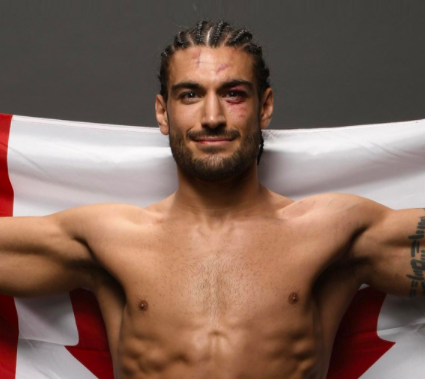 MMA fighter Elias “The Spartan” Theodorou has had an illustrious career, and has spent 2021 breaking barriers for athletes. In February 2021, Theodorou was the first athlete in his home country of Canada to fight to have a therapeutic use exemption (TUE) for medical cannabis. By May, he had received an additional TUE from the U.S., establishing him as the first athlete to do so in the states as well.

As Theodorou continues to fight the stigma of cannabis in athletics, paving the way for generations to come, the decorated MMA star is set to release a new series of NFTs as a part of his upcoming fight, courtesy of his partnership with New World. The NFTs will release on New World at 4:20PM on the day of Theodorou’s upcoming fight with Bryan Baker, December 18.

Our team at Bitcoinist sat down with Elias to talk briefly about the upcoming NFT drop, his perspective on cannabis and crypto, and more. Check out the full interview below.

“Fight The Stigma:” A Brief Chat With Elias Theodorou

Bitcoinist: We know about your background in cannabis, but let’s start off talking a bit about NFTs. What opened the door for you and got you interested in NFTs as we lead up to your NFT release this weekend?

ET: Yeah, basically a multitude of things, obviously the momentum component of making history as the first cannabis athlete in the US; I’ve already done so in Canada as well – I did that in March for Rise Fighting the Stigma. That platform was actually on another blockchain-based, subscription content provider. So I’ve been working in this space in some capacity for the better part of all of 2021.

And there is the obvious tie-in with regards to the aspect that cannabis is still, I wouldn’t say the word ‘fringe’, but rather, it still has a stigma – both in the economic and also the industry and the community-side as well. So in this space, I am trying to bring attention to the stigma in athletics, but also the stigma in being able to advocate and educate about this. For instance, ImagineBC, who I have worked with for my last fight around streaming, and it’s based on the blockchain. Now fast-tracking to today, we’re ahead of me making history again as the first cannabis athlete again, this time in the US.

The ability to commemorate and immortalize it, for my fans, for fans of cannabis, and for those that appreciate the space and want to be a part of it – in many ways, the NFT is going to be a commemoration in the capacity similar to how fighters walk out with their official fight tee, and with the purchase of this NFT, you will get an official signed fight tee, with my cannabis brand, as well as a digital one.

The sky is the limit on this, both in the past with what I’ve already done, in the capacity of making history in Canada, that’s going to built into this with my NFTs moving forward as well. Next year, I have a plan to continue knocking down barriers in the space of cannabis, that will again be immortalized with regards to an NFT, and everyone who purchases it will have a piece of this history, and a piece of the content.

One of the interesting things no longer being with the UFC, where I was essentially a contract worker, now I am actually both a fighter and promoter for these events, so I actually own the rights to the content of me making history. Everything I did in cannabis, I own. As a component of that, everyone who purchases one of my NFTs, will have use of all of the content and all of the footage – that’s something we’re working into it as well. It’s going to be a very all-encompassing NFT: its not just the artwork, its not just owning a physical shirt, it’s owning the actual fight itself, it’s being able to have a piece of history in your own right.

I’m really excited to go above and beyond, and build off of this – it’s just the beginning, I’m looking to make history Saturday December 18 when I fight Bryan Baker, but I’m also looking to continue to fight the stigma, and that includes plans to knock down more barriers, and knock down cannabis off of the prohibition list in athletics. 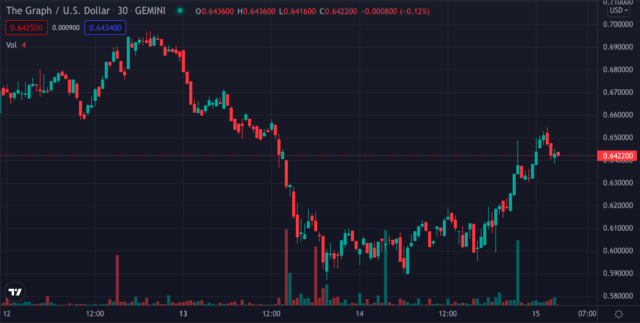 Being A Part Of History

ET: I think it’s moving in the direction. The cannabis side of history, if you will. And I’m both honored and excited to play my part in it. There’s leagues that are removing the testing altogether, which is great. I think the clarification with regards to what I’m doing, is that this is the first time that cannabis is considered a medicine. So, they’ll still test me for cannabis. The threshold is around 150 (nanograms), but because of my therapeutic use exemption, yours truly can probably have 1,000 nanograms at any given moment.

Basically, it’s recognizing cannabis for what it is: a plant, and also a medicine. And that’s what I’ve been fighting for. I already got my first win, here in Colorado, being able to medicate as prescribed by my doctor, afforded to me by my fundamental right as a Canadian, and according to the Charter of Rights and Freedoms in Canada. This sets precedent not only for myself but for other athletes, and that’s what I plan on doing: giving the blueprint for other athletes moving forward, so they don’t need to be persecuted by their use of a plant.

Bitcoinist: You mentioned earlier the t-shirt design. What inspired the design, and can you take us through a bit of the process of coming up with the design?

ET: It’s very much built off of me being a proud Canadian, it’s a play off of the Canadian font and brand, but adding a cannabis twist. And the aspect of the very proud partnerships that I have, the many different cannabis companies that are going to be in my corner as I look to make history. I’m really excited to wear them on my back. In addition, keeping it simple and crisp, but almost being like the ‘anti-anti-Canadian flag,’ if you will.

Bitcoinist: What do you see down the road? Will NFTs be utilized to highlight the biggest moments of your personal life and career, or what sort of engagement do you see in the future for you with NFTs?

ET: Yeah, that’s exactly it – building off of what I’ve already done, what I plan on doing. Moving forward, a bunch of different types of 1-of-1s, any type of commemorative moment, essentially being able to give it back. Of course, there’s an economic component of it where it’s for sale, but people will be able to own it and people will be able to be a part of that history in their own way. When people watch a sporting event, they feel that they’re a part of it, and this is a way for them to actually be a part of it.

I’m excited to grow with my fanbase, the community, and the industry – both in the NFT space and the cannabis space, and have them merge. I think there’s a huge opportunity to do so in a way that commemorates the different types of ‘knockouts’ to prohibition that currently stand.

Bitcoinist: Where can we learn more about your current brand endeavors, and your broader cannabis engagement?

ET: Yeah, it’s called ‘Cannabis Athlete,’ it’s a very basic ‘cannabis’ and ‘athlete’ layout, and integrates a cannabis flag. Different types of plans around dispensaries and product for the coming year, but as it stands right now, it’s more of a brand focused around the official fight tee that will expand to cannabis products.

I’m very pleased and proud to be representing a lot of great brands when I step in; there’s Cubed Biotech, a psychedelic company that is going to be a public company in the new year. They are going to change the game when it comes to sports medicine, both in the new age and in original forms of psychedelics. I couldn’t be more proud to have them as a major key sponsor. Also, Leafythings, the best cannabis app in finding product in your area, with deals, reward points, and a community that they’re building, and they’re a keynote sponsor for this event that I’m super excited about.

Finally, GGPoker – during COVID, we all had the capacity to grow, learn and try some new things, and for me one of the things I got to learn was poker. It’s been a hell of a run for me in poker, I even was in Vegas for my camp, and for the World Series of Poker, and I went on some decent runs while I was out there. I’m really pumped to have GGPoker in my corner as well, along with ImagineBC as I mentioned earlier.

Between these partners, along with New World, I’m really excited to represent not only myself, but cannabis, my country, but also the great companies that represent me too.

Bitcoinist: Thanks for your time, Elias!