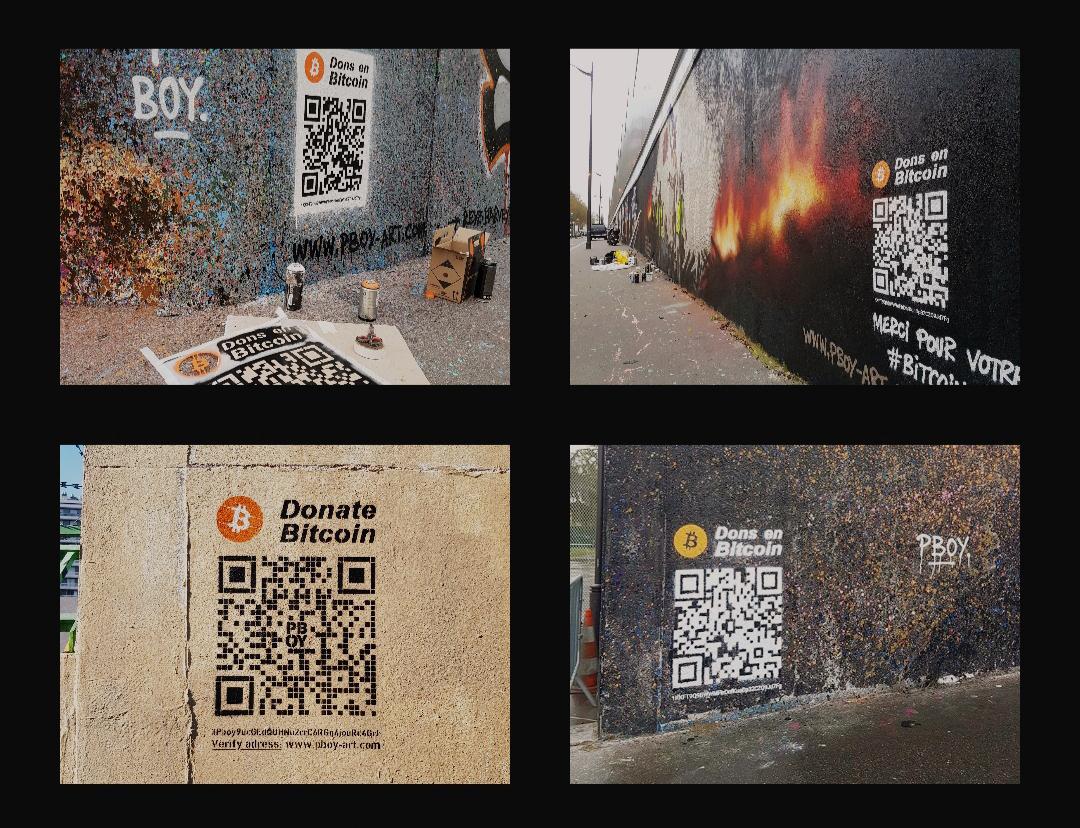 French artist Pascal Boyart was paid a total of 1.20 BTC for several murals scattered around Paris. Each mural held a QR code for donations. The sum, worth around $12,500 by today’s prices, was raised in the past two years.

Pascal Boyart is known for creating crypto-inspired art, with a slant of anarchism and skepticism about central banks. His large-scale murals also hide riddles that are rewarded with BTC payments. Boyart is inspired by French artist Eugene Delacroix (1798 – 1863), who also created large-scale art with revolutionary themes.

Sadly, Boyart’s murals are usually painted over a few weeks after their creation. But the artist is always busy with the next work of art. As for the older works, Boyart has used his knowledge of the blockchain, immortalizing them as crypto-collectibles.

Third #StreetArt Digital Collectibles from my 3rd fresco with a #Bitcoin QR code! The fresco "Delacroix vs ECB" is divided in 2 equal square parts. Each part is unique. The 2 PBOY #NFTs are available on @opensea for 20 ETH https://t.co/DSwDy4Vh4O #NFT #erc721 #ethereum pic.twitter.com/nidYWp4401

Crypto-collectibles are cards or images, that are also secured in a specialized token format. The donation addresses of Boyart are always visible, meaning the BTC contained in his wallets may grow in the future.

Boyart has also created scarcity, by limiting the tokenized art for collectors.

When not painting murals, Boyart is creating unique art out of ripped up dollar bills. He usually depicts prominent personas in the crypto space.

Multiple projects have attempted to tokenize various artforms. But Boyart, who has created some of his most visible works in the past year, is a native sensation, mixing great talent with great enthusiasm for Bitcoin. The tokenization of his art is only the latest expansion of the unique form of sponsorship he has found.

Crypto inspired artists have flourished in the past years, boosted by donations and social media popularity. Artists are also a part of the puzzles industry, where private keys are hidden within works of art. One of the most prominent puzzles held a bounty of more than 5 BTC.

In Boyart’s case, the coded private keys were hidden and only visible when visiting the actual mural. A part of the private key has been hidden in the painting strokes, while another part was written in UV paint, visible only under black light.

What do you think about the art of Pascal Boyart? Share your thoughts in the comments section below!