NBA athlete Spencer Dinwiddie is one of the most outspoken blockchain advocates in the league. While the Brooklyn Nets guard has been dealing with an injury for a good portion of the basketball season, it’s not slowing his entrepreneurial efforts in crypto. Two major headlines for Dinwiddie’s work in crypto hit the newswire this week – a partnership with Celsius, and new developments in Dinwiddie’s upcoming app.

In a press release this week, crypto yield-earning platform Celsius announced a partnership with Dinwiddie. He will engage with the platform through “a series of community engagement campaigns and social media events”. Additionally, he will engage with a “guest appearance on the Celsius’ weekly live YouTube and Clubhouse events.” The platform will compensate Dinwiddie entirely in their native reward-earning Celsius token, CEL.

Celsius CMO Vijay Konduru recognized Dinwiddie’s longstanding engagement in crypto. Konduru noted in the release that “Spencer is not only an accomplished athlete and entrepreneur but he is also a long-time adopter and ambassador of crypto and blockchain technologies. He also shares in the Celsius mission of doing good and then doing well.” Dinwiddie added that he’s “seen first-hand the benefits of blockchain-based finance and the opportunities it presents”. He went on to describe Celsius as a “pioneer in this space”, while also citing a values-alignment between himself and the firm. 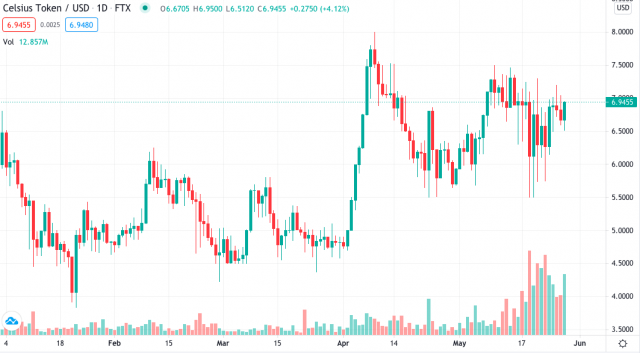 Last year, Dinwiddie started up Calaxy, a creator-first platform centered around fan engagement. The platform is aimed to let creators start their own creator tokens and offer unique experiences to fans. Creators are free to establish their own pricing and fan engagement tools. Dinwiddie is looking to build out Calaxy on the Hedera network.

Dinwiddie has said that the app seeks to drive “a decentralized future where creators will be able to foster, empower and incentivize their communities”. Around this week’s announcement specifically, Dinwiddie stated that the project is “thrilled to have such visionary advisors, who are driving innovation in the way creators interact with fans, how social media engagement develops, and in the development of crypto-native capital environments”.

The ventures aren’t new for Dinwiddie, either. In 2019, he sought to convert his $30M+ NBA contract into a digital investment vehicle. The NBA, and major leagues in general, continue to warm up to the idea of engagement in crypto and blockchain – including by way of partnerships and compensation of players.