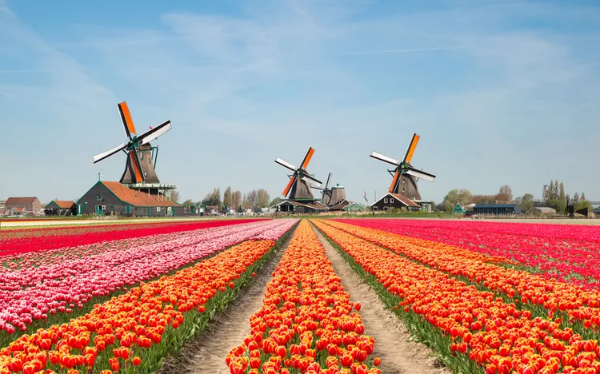 by Christian Encila
in metaverse
0

Metaverse venture investors appear to be getting more sensitive and cautious with the risks that comes with the pursuit of the futuristic vision of higher level of the industry’s mass adoption.

This could be one of the main reasons why there is a sharp decline on a quarterly basis in terms of funding directed towards companies involved in virtual worlds and augmented reality businesses.

According to data shared by Crunchbase, after peaking at $2.1 billion during the last quarter of 2021, metaverse-related funding consistently dwindled over the first two quarters of 2022.

Still, even with this setback, as the venture is nursing a total market value of over $60 billion, many countries are doing everything in their power to be metaverse ready. 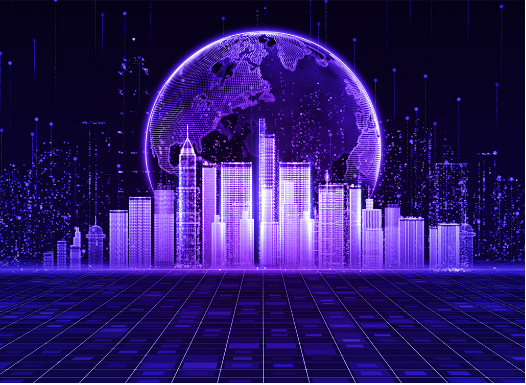 Netherlands Gets No. 1 Spot

Uswitch, an online and telephone comparison and switching service, recently conducted a study that aimed to determine which countries right now are ready to embrace the metaverse as part of the daily life of its residents.

During the research, the company considered key elements such as fixed broadband speeds and internet services price as well as blockchain financial startups and high technology exports costs.

Four nations garnered a Metaverse Readiness Score of at least 7 (10 being the highest possible score), led by the Netherlands with 7.74. 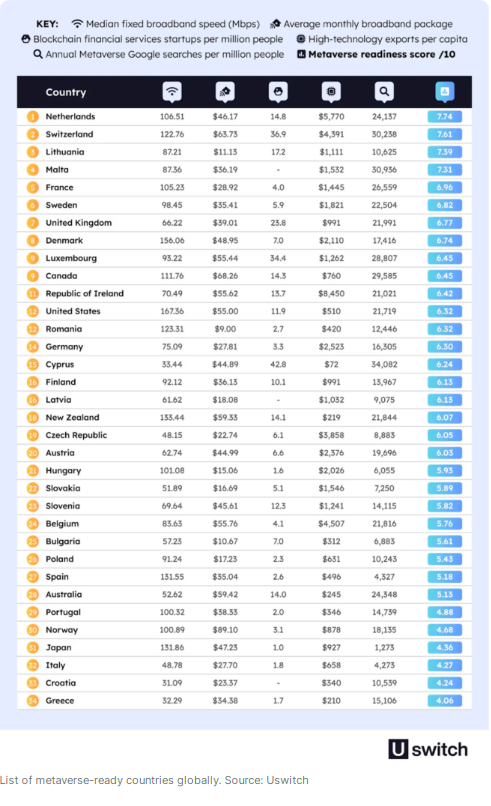 Curiously, the United States settled for 12th place after scoring 6.32 and was outpointed by Sweden, United Kingdom, Denmark, Luxembourg, Canada and Republic of Ireland.

According to information provided by competitive intelligence and market research platform MarketsandMarkets, the metaverse industry is expected to have a compound annual growth rate of 47.2% over the next five years to increase its current overall valuation of $61.8 billion to $426.9 billion by the year 2027.

Meanwhile, Precedence Research extended its forecast for the sector up to 2030 and said its global value (including all of its components) will likely hit $1.3 trillion.

For reference, the entire crypto market at the time of this writing has a total market cap of almost $870 billion. If cryptocurrencies maintain their current momentum until 2030, they will be surpassed by the Metaverse market in terms of overall valuation.