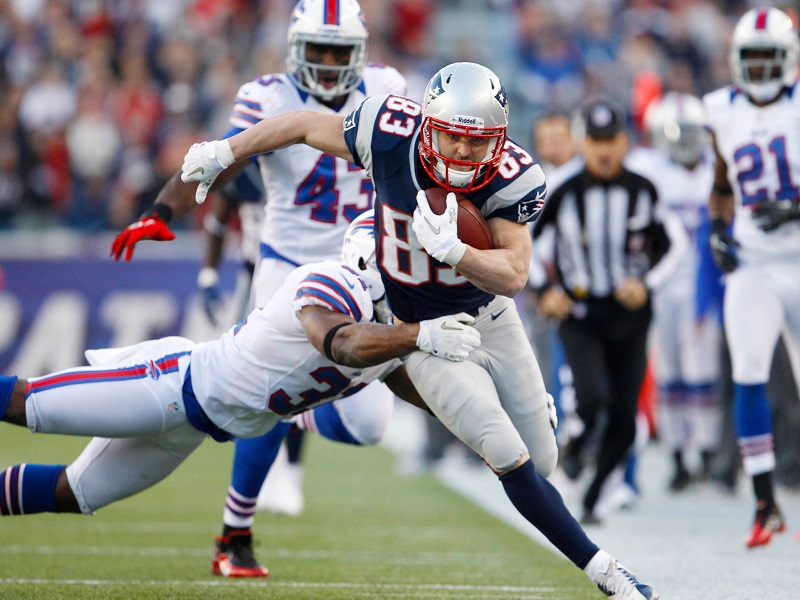 by Theo Goodman
in Bitcoin
0

How can you bet on the games? The easiest way to bet on the NFL is to use Bitcoin. You can load your sportsbook account and get a bonus for depositing. Let’s take a look at one of the big games this week.

This rivalry is not only players vs. players but a battle of coaches Rex Ryan vs. Bill-Belichick.

This time, the Pats travel to Buffalo will be a road favorite, a position they are used to being in. At first glance, you might think that the Bills do not have a chance. However, last year the Bills destroyed the Pats 16-0, as the saying goes, “on any given Sunday.”

Currently, the Bills are 4-3 and in second place in the AFC East, and the Pats are first in the division at 6-1, losing only to the Texans. On paper, New England is getting almost 100 yards more in passing yards per game and Buffalo has about 30 yards more rushing per game. The rest of the offensive stats are about even. On defense, both teams have been on the field 456 times, and the Bills have only given up ten more yards as the Patriots.

This line started at -5 Patriots and is already at -6.5. If you are going to bet on New England, go ahead and do it now when you can get anything -7 or less. If you want to bet on the Bills on the spread, then you should wait. There should be plenty of public money coming in on New England on Sunday, and the line could go to -7.5 or higher and then you can take Bills +7 or higher.

My two picks are Patriots -6.5 and first quarter under 7.5 points. The line for the first quarter is not out, but I expect the defenses to be fresh, and both teams will be happy to start with a field goal if they are in the distance.

When you are betting on NFL, do not forget the most common margins of victory. Most games have a margin of victory of 3 or 7 points. The difference between -7 and -7.5 is huge. If you can bet on spreads that cross the common margins of victory, you have increased your chances of winning significantly. If you are betting on an underdog consider placing half your bet on the Moneyline (outright win no spread) and half on the point spread. Do not overbet.

There are games every week, and there is no reason to bet on every game.

What are your picks? Do you have questions about point spreads? Post them in the comments below!

Bitcoinist is not responsible for any gains or losses incurred while gambling.