Despite a relatively mild week for NFTs, with dissipating volumes and headlines, there was plenty of action and activity in what resulted in an overall busy week for crypto. A multitude of hacks and exploits, drama and activity at DevCon Bogata, and new deals like Coinbase and Google working on cloud payments together all carried the bulk of the ‘noise’ around crypto over the past week, leaving little room for NFTs to make much of a splash.

Despite this, there’s continually high points and low points that we look to review and encapsulate every weekend to take you through the past week of NFT action. Let’s review everything from the past week as we hit mid-October.

Yuga Labs Under The SEC Microscope

Additionally, the SEC is reportedly looking into Yuga’s ApeCoin token with regards to whether it meets the conditions of a security.

Oscar-award winning actor Anthony Hopkins has recently expressed quite a bit of interest in NFTs throughout various press runs. That’s come to a head this week, as Hopkins’ NFT release has finally come and gone, resulting in a sellout debut in less than 10 minutes.

Hopkins released 1,000 NFTs in his ‘The Eternal’ collection, which featured visuals from his variety of roles that he played over the course of his career. While the project debuted on OpenSea, it was a collaboration between Hopkins and young NFT marketplace Orange Comet.

Konami The Next Major Gaming Player In NFTs?

Konami reps have said that they “plan to launch a service where players can trade… in-game NFTs (digital items) through a unique distribution platform using blockchain.”

Related Reading: Blockchain.com To Stop Crypto Accounts Of Russians Due To EU Sanctions 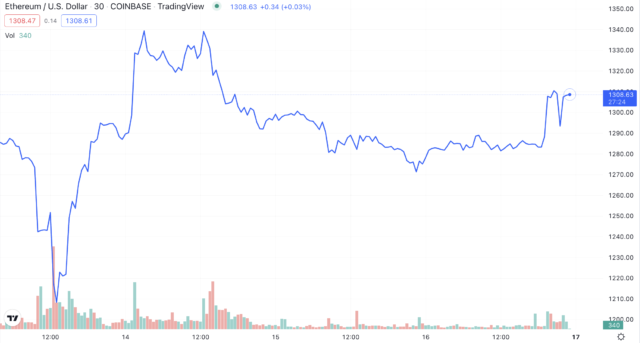 NFT audio platform OneOf is tapping into another music partner this week, Ziggy Marley. The Jamaican reggae artist comes from a noteworthy lineage of talent, and is another major win in the music category for growing platform OneOf.

Starting next week, the two will be offering NFTs that include ‘IRL engagement,’ such as an unreleased demo, a signed guitar, and even a special royalty-included merchandise collaboration.

OpenSea daily volumes hit a shocking new 15-month low earlier in the week, bringing to earth a once sky-high market to daily volumes seen before the boom late last year. This week was overall bone-dry in volumes relative to the peak market, with only a single day during the weekday last week seeing over $10M in volume. While there is still strong numbers in the market, they dwindle the peak seen over the past year and blue chip NFTs have seen a lesser impact than smaller projects.

OpenSea still had reason for celebration this week, however, as the NFT marketplace added growing NFT blockchain Avalanche to it’s budding list of supported chains. Avalanche has shown itself as a young but substantial NFT contender recently.

News conglomerate CNN is shutting down it’s NFT marketplace, “The Vault,” after just over a year of operation. However, CNN has left a community displeased after the overnight shutdown, suddenly describing “The Vault” as an “experiment” despite never using that language previously, and despite releasing a year vision roadmap in recent months. While the collectibles that CNN has released thus far will remain supported on the platform, CNN announced that support for managing the surrounding communities – and likely active maintenance of the platform – will be ceased.

So far, few news outlets have found success in NFTs.