Are NFTs the next new tool in real estate? A house in South Carolina was sold earlier in the week with the deed tokenized. Meanwhile, there are some questions surrounding Bored Ape’s Otherdeeds collection, there’s a new chain entering the NFT space, and another episodic series is finding it’s way to a blockchain.

These are just a few of the biggest stories over the past week’s worth of work in the world of NFTs. Let’s review all of the past action over the course of the last week.

Dapper Labs and CryptoKitties co-founder Mack Flavelle has signed on with powerhouse talent agency WME earlier this week, joining a roster of some of the biggest artists and creatives across every entertainment and sports vertical. WME has shown continued interest, along with its agency competitors, in building report in web3 communities.

What happens when the housing market makes its way on-chain? There is certainly much more to see and experience, but the NFT market got a taste of it over the past week courtesy of Roofstock Onchain, a subsidiary group that facilitated the $175,000 sale of a South Carolina home. The home was purchased via USDC.

While we’ve seen interesting OpenSea listings in early years, such as scientific research and other documents that see utility through verification, real estate is one area that has been largely untapped; we’ll see if Roofstock Onchain’s sale can drive impact in the space moving forward.

Bored Ape Yacht Club derivative and land-based NFT collection Otherdeeds has seen it’s floor tumble throughout the week, trending down to an all-time low following a change in LooksRare farming rewards. The new farming structure was implemented on Thursday to reward the bottom 200 listings per collection. Over 4,000 Otherdeeds were previously earning rewards that are no longer, leading to substantial selloffs; the project’s floor has fallen roughly 30% in around two days time. 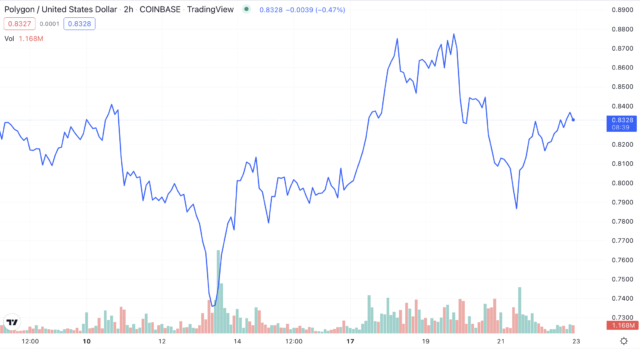 While many non-Ethereum chains have been gaining steam in NFTs – with the likes of Avalanche, Cardano, and Polygon (among others) making strong NFT strides in recent months, one name we haven’t heard too much of is Ripple and XRP.

However, a new amendment introduced to validators could change that, and introduce Ripple NFTs on the XRP ledger as soon as next month should the amendment pass. The proposal requires 80% of validators to approve it. Ripple utilized previous amendments to open up dev tools around NFTs to drive adoption in this vertical – so it would not be surprising to see this amendment pass.

Bored Ape Yacht Club found an especially unique IP utilization partner this past week in legacy playing card company Bicycle Cards. Bicycle has purchased Bored Ape #1227, according to social media posts earlier in the week, and will be creating a custom Bored Ape Yacht Club deck of playing cards – while teasing other future applications between the two parties.

Lord Of The Rings NFTs

Warners Bros. Discovery is the first studio to release movie NFTs with a new ‘Lord Of The Rings’ NFT collection on WB’s platform, WB Movieverse. Two editions of ‘Lord Of The Rings: The Fellowship Of The Ring’ will be released as a re-release of the previous 2001 film. Epic editions of the film are expected to be capped at 999 tokens.

Reddit NFTs on the Polygon blockchain surpassed the 3M wallet mark this past week. The news is a major win for the social media platform, whose NFT collection has been publicized but nonetheless a bit under the radar considering the number of current wallets. It started as an airdrop in recent months to loyal users for it’s new avatar program and the new wallet metrics were reported according to a statement from Reddit chief product officer Pali Bhat.