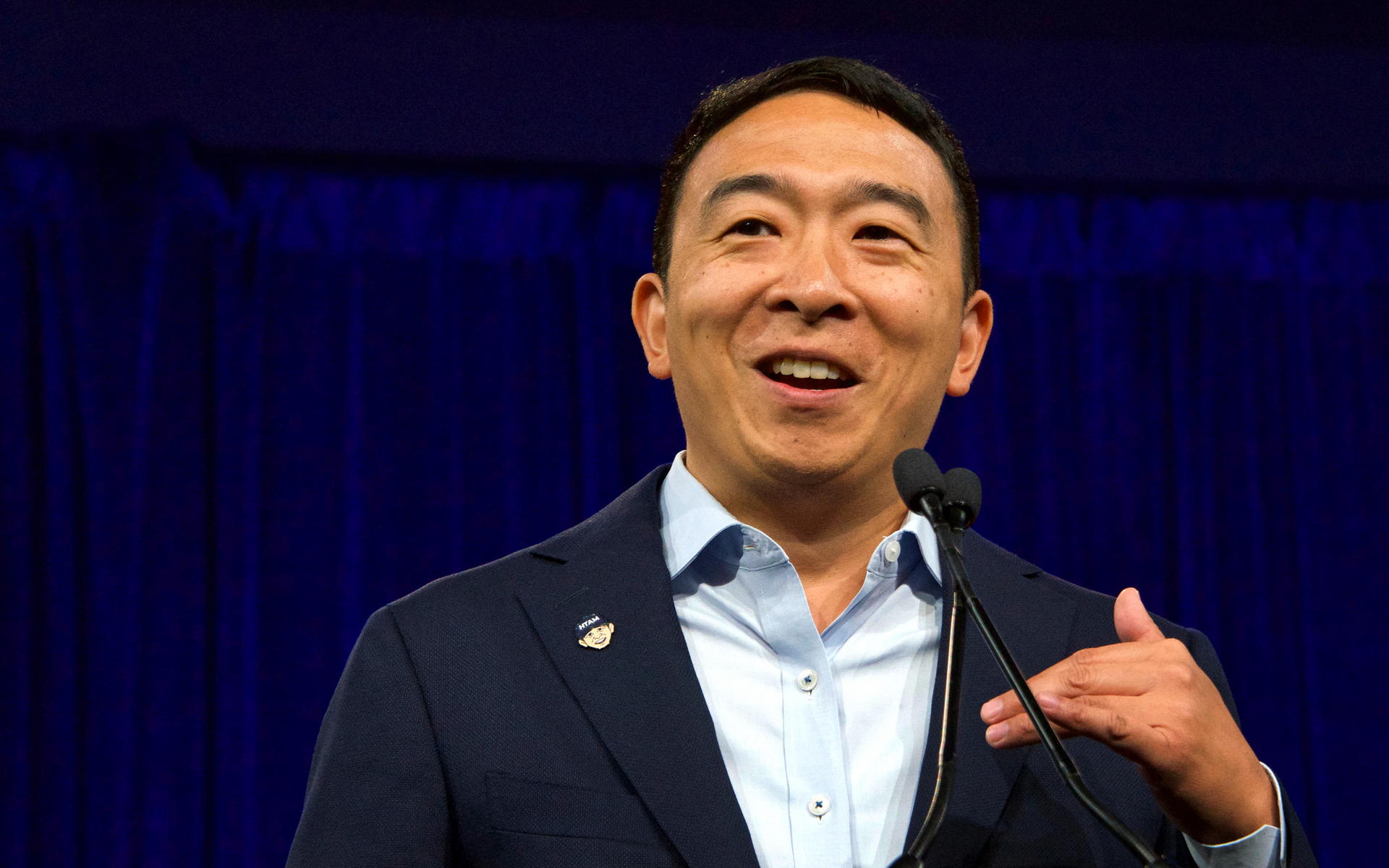 Pro-Bitcoin Candidate Andrew Yang is Officially Out of the Race

Something of a sad moment for the cryptocurrency space as its official pro-bitcoin candidate Andrew Yang withdraws from the presidential race.

Andrew Yang ‘The Numbers Guy’ Didn’t Like His Odds

Bitcoinist has previously reported on the pro-bitcoin Democratic presidential candidate Andrew Yang. Beyond his unique proposal to provide all Americans with a $1,000 per month universal base income, he was the only candidate to include cryptocurrencies as a priority on his agenda.

However, last night at a disastrous New Hampshire primary, in which he garnered just 2.8% of the vote finishing in eighth place, he told his loyal band of supporters, the ‘Yang Gang’, that he was officially withdrawing:

I am the math guy and it is clear from these numbers that we are not going to win the race.

Despite an undertone of sadness, Yang was genuinely appreciative of all the support, telling the crowd how much they had achieved and that:

This is just the starting line.

As far as Crypto is concerned, Yang incorporated bitcoin into the dialogue at the highest level – the U.S. Congress. It’s a shame to watch the progressive pro-crypto candidate exit the race.

Yang Had a Knowledge of Bitcoin Back to 2013

Yang was actively pro-bitcoin and his young and tech-savvy campaign team even accepted donations in BTC, ETH, and other cryptocurrencies:

Moreover, Yang’s history with the flagship cryptocurrency goes back at least as far as 2013 when he tweeted about the price meltdown as the asset plunged below $600.

I sense the bitcoin price correction will make some Fellows nervous http://t.co/VGCkXqtcLg #takesomeoffthetable

It was this in-depth knowledge of the space that excited the cryptocurrency community. Andrew Yang was clearly not just another latecomer to the game trying to force poorly thought-out regulation in the space.

He was someone who deeply understood the role of cryptocurrency and urged for regulatory clarity so that the U.S. could compete with the likes of China and Europe. On his campaign page, he stated:

He also pledged that, if elected, he would promote legislation that provided clarity in the digital asset market space.

So, let’s take a moment to take our “math” hats off to Andrew Yang. He may be out of the race, but he’ll always have a place at the table of crypto enthusiasts. And, we suspect that CZ will continue to follow him on Twitter.

Are you saddened by Yang’s withdrawal from the US presidential race? Add your thoughts below!