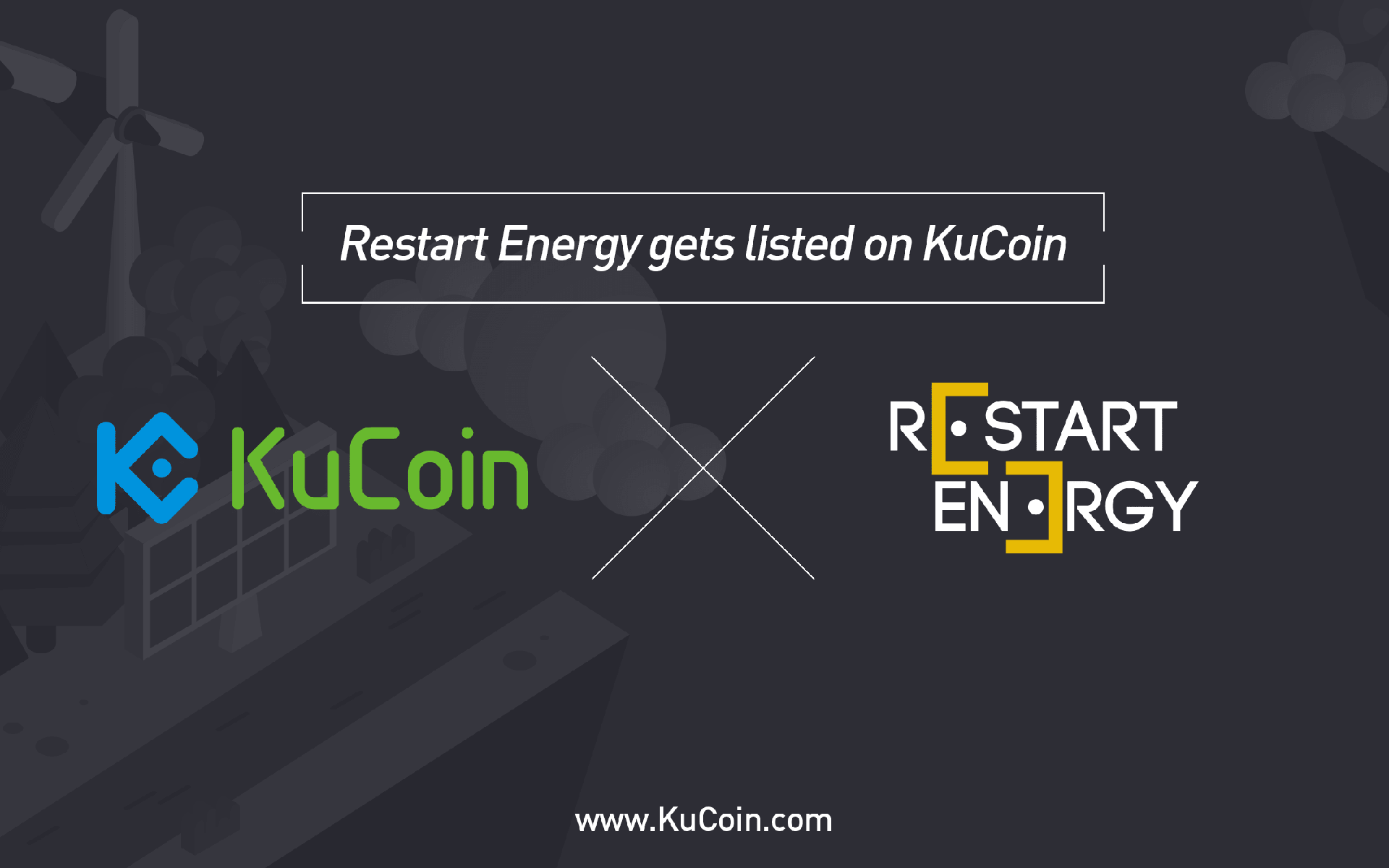 KuCoin is extremely proud to announce yet another great project coming to our trading platform. Restart Energy (MWAT) is now available to trade in the following pairs: MWAT/BTC and MWAT/ETH.

Restart Energy is an advanced energy providers who is now building a worldwide decentralized and delocalized electrical energy supply platform that encompasses all forms of energy to facilitate the buying, selling and distribution of the process into one complete ecosystem that promises to reduce purchasing fees by up to 30% whilst improving the profits of independent suppliers also by 30%.

The software platform, known as RED-P, aims to bridge the gap between energy providers and consumers, and in doing so, it will actively promote those providing, supplying and purchasing renewable forms of energy.

The Restart Energy ecosystem provides integrated energy, gas, and fuel services to households, SMEs, and even multinational companies, in a manner that achieves greater savings and the provision of all forms of energy consumed.

As governments around the world finally begin to acknowledge that our excessive demand for energy is quickly stripping the planet clean of valuable natural resources, the consensus that all countries must innovate to generate power in more environmentally and economically friendly ways is clear and must be acted upon swiftly.

The end of goal of the RED platform is to create a world in which sustainable, affordable energy can be created and consumed by anyone, anywhere. In an industry worth over US$ 2 trillion per annum, a figure that continues to grow each year, this ambitious projects predicts the functionality, the driving force behind the system, will lead Reset Energy to become the biggest global energy supplier, with a next-generation business model to suit better the digital age.

Restart Energy, a company developed by Armand Doru Domuta in 2015, is responsible for the development of the first and only energy retail franchise in Europe and has been ranked number one independent supplier in the deregulated household gas market and number two in the deregulated energy household market in Romania. Using its existing network the company was the first to accept Bitcoin as payment and has already gone some way to proving the viability of its new project.

Risk Warning: The cryptocurrency investment is a venture capital deal, it has 7 x 24 hours trading business model with no market close time.Please pay more attention to risky investment. KuCoin holds a strict system of censorship about all tokens deal, But we never take any liability for the investment behavior.