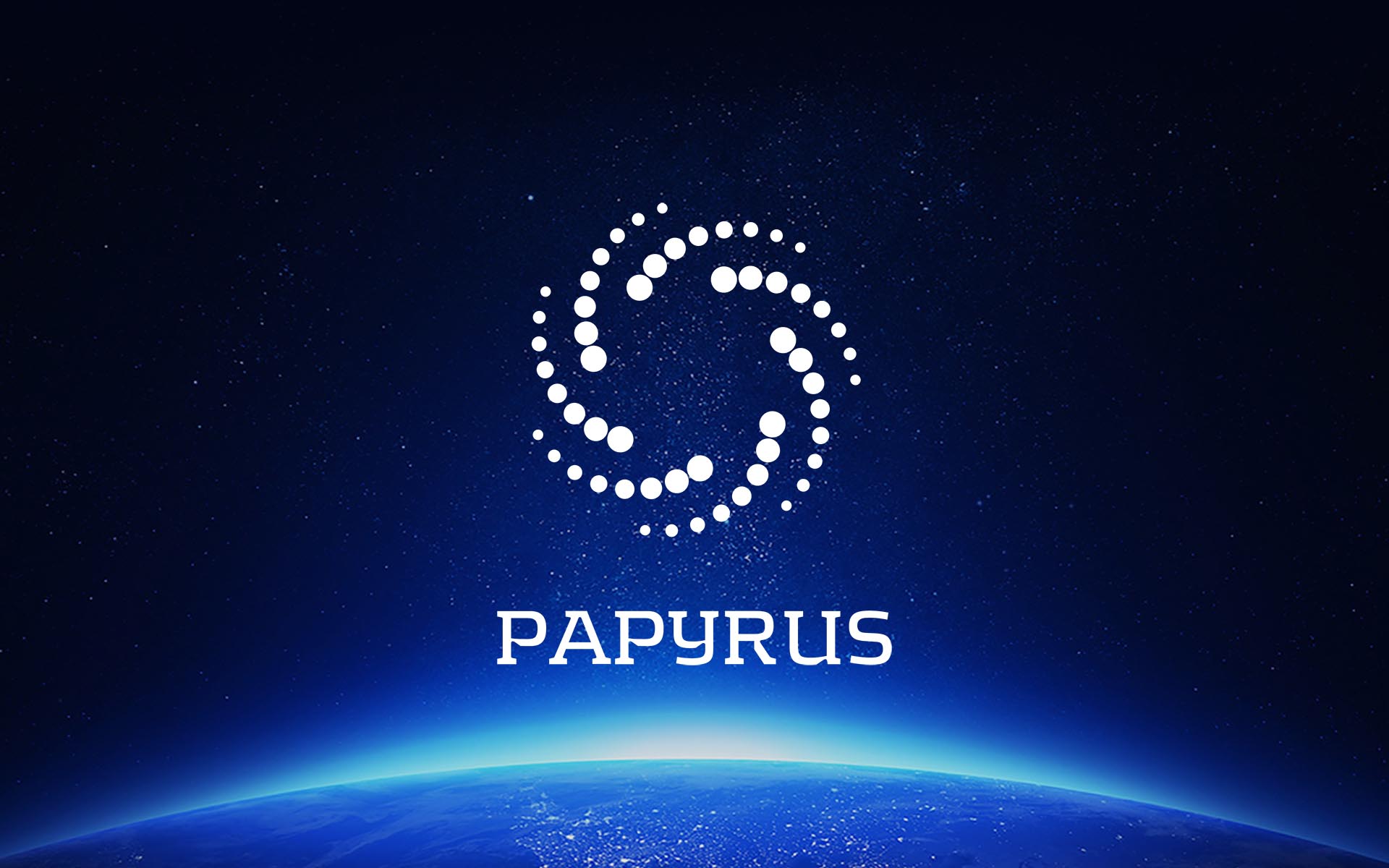 Scalable Blockchain Ad Platform to Save Industry Up to $110B Annually

The project was first conceptualized in January 2017 and has been funded to date by $1 million from private investors. Papyrus aims to develop a disruptive digital advertising platform using a constellation of integrated technologies that will transform and unite the entire digital advertising market in a single, comprehensive solution that offers unmatched transparency, security, and cost-effectiveness.

“We see disruption of digital advertising as the next big thing for blockchain”, said Papyrus Product Director Alexander Shvets. “There never was a chance to provide true transparency in the digital ad supply chain before Papyrus because

that convoluted and non-transparent environment prevents market players from establishing trusted relationships – abuse and fraud are rampant. Blockchain is the first technology in history that allows the development of an impartial transactional environment that facilitates instantaneous verification of all aspects related to transactions. Papyrus is the world’s first highly scalable solution able to handle hundreds of billions of ad impressions every day in the programmatic ad supply chain and provides complete transparency of all operations for their stakeholders.

Papyrus goes even further – it creates a new economy for digital advertising, where, along with publishers and advertisers, even end users become full-fledged participants in the ad cycle able to control what ads they see and what personal data they share. End users will get reasonable compensation for their attention instead of just warding off ads with ad blocking software”, Alexander added.

A New Vision for AdTech

Papyrus will deliver a decentralized, scalable digital advertising ecosystem capable of processing hundreds of billions of targeted advertisements daily. The system will bring together users, publishers, advertisers and developers of decentralized applications (dApps) in a new digital economy with built-in reputation management that incentivizes all parties to interact in an efficient, transparent and mutually beneficial way and penalizes dishonest behavior. This offers an unprecedented level of fraud prevention and control, even for users.

The current digital advertising market is plagued by the absence of transparency, costly intermediaries, ad fraud, brand safety issues and growing penetration of ad blocking software. The result is up to 70 percent of advertising budgets derailed before reaching publishers. For every $1 spent, advertisers receive less than $0.50 in value. As the 2017 global market for digital advertising reaches a value of over $223 billion, this could mean $110 billion of misused ad spend by the end of the year.

The uniqueness of the Papyrus approach lies in the “trustless” environment powered by blockchain technology. Using blockchain, participants rely on decentralized reputation management and antifraud consensus as well as universal transparency and incentives for fair and efficient cooperation within the ecosystem.

Papyrus emerged as an alternative approach to digital advertising market pains and a response to the overwhelming negative user experience of irrelevant, irritating and cumbersome digital advertising that slows down browsers. In addition, unwarranted surveillance of user behavior and data exploitation by adtech market players has prompted the growth of adblock programs that reduce ad market size and efficiency. Papyrus brings end users into the digital advertising economy as rightful owners of their attention and data.

With Papyrus, users will be able to control what ads they want to see, what data they are ready to disclose and how they would like to be compensated for their attention to ads. This will make ads more relevant and improve the correlation between ad spend and response. This introduces a totally new level of flexibility and comfort for Internet users. The Papyrus digital ad economy will finally balance the interests of advertisers, publishers and end users in a completely unprecedented manner.

Unlike other blockchain advertising projects, including BasicAttentionToken, Adchain, QChain, AdEx and others that have a focus on particular components for the digital advertising market such as ad exchanges or browsers, Papyrus is a single point of access, full-service ecosystem for all components, platforms, and market players. Another challenge for projects in the field is limited blockchain scalability and absence of interoperability with existing adtech platforms. Papyrus offers decentralized real-time bidding (dRTB) protocol that is capable of handling vast amounts of simultaneous ad impressions and ad payments in real-time with built-in antifraud architecture that can be easily integrated into existing programmatic ad infrastructure.

The scalability and open architecture of Papyrus represents a truly global, decentralized platform open to all developers of new adtech solutions for continuous improvement and evolution based on fair competition and transparency.

“Papyrus is basically Ethereum for advertising”, says Papyrus Ecosystem Evangelist Thomas Hulbert. ”Blockchain together with our scalability solutions is game-changing tech that will not only solve the industry’s transparency and fraud problems but unleash a new era of advertising creativity. The Papyrus mission is to use the best of blockchain to transform the entire digital advertising market by offering advantages to efficient and value-adding players and marginalizing unscrupulous and irrelevant players. This will be a major distinction in the new era of digital advertising – if you’re operating on Papyrus, you will be seen as transparent, if not – your credibility will be questionable”.

Technology for the Future

The Papyrus decentralized digital ad ecosystem is built on top of the Ethereum blockchain and its smart contracts, utilizing a network of state channels for bandwidth scalability and a reliable decentralized data storage structure. This enables Papyrus to minimize storage costs and maximize speed for handling large amounts of data.

Papyrus consists of four layers of architecture with the components of each layer developed as open source software. It employs blockchain-based identification and reputation management tools for ecosystem participants, as well as a dRTB protocol that will support dApps and instantaneous ad payments. This framework combines decentralization, capacity, and speed.

Like other blockchain based environments, the Papyrus ecosystem will operate with utility tokens.  Publishers, dApp developers, advertisers, end users and other ecosystem participants will use Papyrus Ethereum-based tokens as a utility tokens for:

After deployment of an initial ecosystem prototype on the Ethereum network on 12 October 2017, Papyrus will launch the public phase of its first Token Generation Event (TGE). During this event, Papyrus Ethereum-based prototype tokens (PRP) will be distributed among token buyers. These tokens will be used to bootstrap the Papyrus prototype ecosystem and launch pilot integrations with Papyrus partners, including antifraud vendors, publishers, SSPs and DSPs. The public phase of this TGE round will last 21 days and will be completed when either the $5 million target cap is reached or the TGE period ends. During the public phase, PRP tokens will be sold with prices starting from $0.8 and ending at $1.0.

Papyrus is planning to use a milestone-based approach and schedule several TGE rounds to provide deterministic value for the tokens sold:

During TGE rounds Papyrus will be introducing two different tokens:

Prototype PRP tokens will be exchanged to permanent PPR tokens after TGE Round 2.

Additional details on Papyrus TGE are provided on the project official website: https://papyrus.global/tokensale.

For more information about the team, vision and technical architecture of Papyrus, visit the company website at https://papyrus.global/ or download the whitepaper.