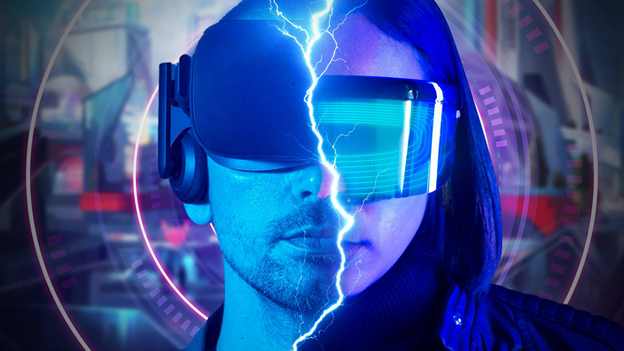 RFOX Takes On Competitors As It Builds A Metaverse For Everyone

The metaverse has become a hot topic since Facebook announced it was officially building its own. The rebranding of the social media giant’s name from Facebook to Meta caused a surge in interest that sent metaverse tokens rallying around the crypto space. One thing that this newfound popularity has dredged up though is the rise of metaverse projects all vying for the top spot.

Out of all of the metaverse projects currently in operation, only a few can boast of what RFOX has achieved. The project is strategically positioned to be one of the leaders in the space as it rolls out its metaverse for everyone.

In the RFOX metaverse, there is no barrier to entry as all are welcome to participate in its desktop, mobile and virtual reality spaces. Users can journey through the RFOX metaverse, enjoying a fully immersive experience that is focused on retail, media, entertainment, gaming, and rewards.

How Does RFOX Compare To Competitors?

RFOX boasts of a suite of products that can stand toe-to-toe with its peers. From play to earn to decentralized finance, RFOX offers everything a player could ever ask for. Businesses and content creators are able to take advantage of RFOX VALT, a virtual reality retail and entertainment experience that is bringing together the best-in-class of crypto through NFTs and real-world applications of e-commerce, gaming, entertainment, and more.

RFOX VALT features SHOPs that can be bought and used to display NFTs for sale in the metaverse. Not a lot of metaverse projects can boast of this capability where users are able to implement real-world applications.

During the release of Callinova, an art-inspired quarter, RFOX put 25 SHOPs (virtual spaces) up for auction, all of which were sold out. The shops sold for a total of 29,403,803 RFOX, worth about $1.4 million at the time of the auction.

FOX VALT is back with the sale of its gaming-inspired quarter, ARKAMOTO. 25 premium SHOPs are set to go under the hammer starting on December 9, 2021, at 12:00 PM (GMT+8). Prime metaverse property is up for grabs and bidding starts at 1 ETH. Auction winners will get their SHOPs in the form of NFTs, which will give them access to tools for customizing their 3D SHOPs with different interior designs and textures, as well as managing their NFT assets on sale. In the future, they will also be provided a hosted white-label storefront website with an integrated NFT marketplace and NFT creation tools.

How Has RFOX Token Performed?

RFOX token is the native token of RFOX that powers the metaverse. Released alongside the project, the digital asset has done well in the market. The token has grown 800% from its all-time low from one year ago and is one of the top-performing metaverse tokens.

A $500 investment in the RFOX token a year ago would be worth close to $4,000 today. It has outperformed top coins in the market like Bitcoin and Ethereum and continues to bring massive gains for investors.

The token has a total supply of 2,000,000,000 (2 billion) coins and is listed on major centralized and decentralized exchanges in the crypto space. RFOX tokens can be bought on KuCoin, Liquid, Gate.io, Uniswap, Loopring, Bittrex, and CoinSpot.

Compared to its peers, the token is still undervalued and hence provides an excellent opportunity for growth.

RFOX Games is the arm of RFOX that develops its play to earn games. Players are welcome to participate in these games where they can collect KOGs. KOGs are used to access other games in the metaverse in addition to being a hot commodity. KOGs can be sold on secondary NFT marketplaces like Atomichub, NFTHive and Opensea after they are collected as they are collectible, playable, tradable, non-fungible tokens.

RFOX Finance is the arm that brings decentralized finance services to its users. Its protocol features highly competitive interest rates compared to the market average, with up to 21.96% APR to be earned in farms.

RFOX Finance allows users to lock their RFOX or VFOX (a rewards-based token for the RFOX VALT ecosystem) tokens in exchange for APY up to 13.58% per year. Users are also able to trade for other tokens using the RFOX DEX and earn by providing liquidity for assets on the platform.

The adoption of RFOX has grown rapidly since its inception in 2018. Currently, there is over $75 million in TVL (Total Value Locked) on the platform. RFOX’s mission is to “empower everyone to play, create, and earn in an immersive metaverse without borders.”