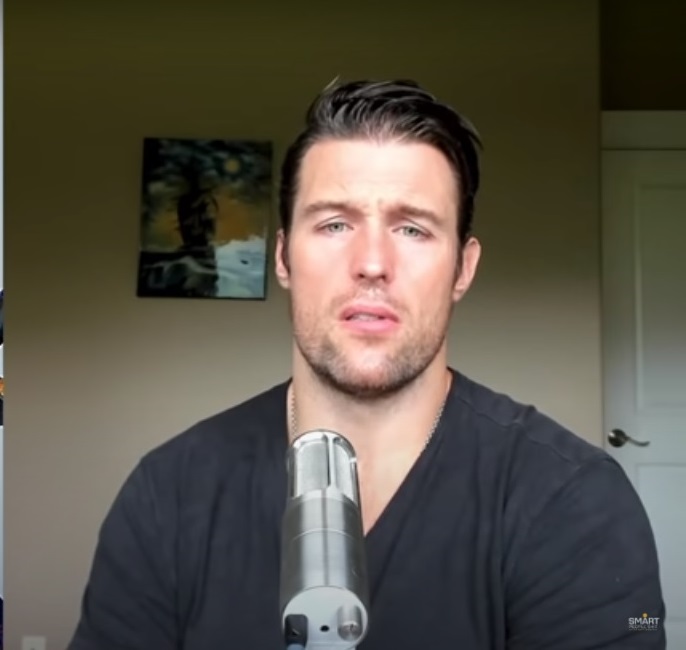 Robert Breedlove Breaks His Silence About The BitClout Fiasco

In an emotional, awkward, and enlightening conversation, Bitcoin author and podcaster Robert Breedlove took full responsibility. His flirtation with the blockchainy-Twitter-clone BitClout really hurt his brand. The Bitcoin community was ruthless. Breedlove’s response-essay “Freedom from Bitcoin Maximalism” didn’t help his cause. He seemed to blame everyone but himself on that one. In the introduction, he said:

This article is the result of that careful consideration and will not, as some will likely expect (or dare I say, hope) involve me “bending the knee.” I have no apologies to make or explanations to utter for simply exercising the honest pursuit of inquiry.

Even though he donated all of his Bitclout loot to Bitcoin’s core developers, the community wouldn’t let go until he admitted to his supposed wrongdoings. And now, he kind of did. The “Smart People Sh*t” podcast scored big with this interview. The host got Breedlove to really talk about the messy situation and even inspired some insights.

Related Reading | Is BitClout a scam, or is it the next big thing?

The interviewee said several times that he wasn’t yet ready to address the topic, however, he did. Breedlove took his time and thought about every word, in his face you could see the wheels turning. Nothing seemed prepared, though. The interview was raw and unfiltered.

An Introduction To Breedlove And The BitClout Situation

For the uninitiated, the text host Dennis Porter wrote for the episode description puts things in context:

Robert Breedlove is a well-known speaker, writer, and host of the “What is Money” podcast. He got into some hot water when he tweeted about BitClout and then defended his approach with a long medium article.

I invited Robert onto the show to speak about our experience in the bitcoin community dealing with being called out by fellow bitcoiners. Eventually, I could not pass up the opportunity to go very deep on all things regarding the BitClout situation. We discussed his side of the situation and how we can shift the focus back onto bitcoin.

The discussion started slow, like an exhibition race. But it got into high gear when the host asked the following question.

In a sea of questionable projects, Breedlove chose the most questionable of them all. “It was increasingly obvious to me that I was getting into a political sh*tstorm.” The revelations started later, Breedlove had already answered the “Why BitClout” question in his first response. “I disclosed that in the written piece. The prospect of free money is the reason I looked at that in the first place.”  What did he say in the essay, exactly?

Was profit a motive? Of course! Entrepreneurs are prophets who attempt to map present action to future market data in the dogged pursuit of profits. Markets are error correcting. My actions push the market toward correcting the error of attempted social media decentralization on a non-censorship-resistant chain.

Almost two months after the publication of that piece, his attitude is different, “We’re f*cking human all the way to the core and that entails error-making.” Currently, Breedlove is trying to come out on the other side of the unfortunate situation and find “the path back to focus on Bitcoin.”

Why Didn’t Breedlove Inquire About BitClout In Private?

The infamous tweet that started it all was this one:

At first, Breedlove avoided the question. “I’ve done this before. I’ve asked these questions before. And never got this kind of response. There’s this evolutionary transition that I wasn’t keeping in mind.” Is he unaware that the Bitcoin community has a strong aversion to this particular project? That seems unlikely. To Breedlove’s credit, he then admits that inquiring in private would’ve been a good idea, “that is a valid coment.”

After that, he tried to analyze the Bitcoin community’s rationale. “They’re just holding you up as some kind of ideal, I guess. In some respect. And then if you break away from that ideal, there’s a lot of disappointment that comes along with it.” There’s some truth to that, but, wasn’t his indirect endorsement of BitClout the main reason for the outrage? Would the Bitcoin community’s reaction had been similar if Breedlove “looked” at any other project?

Was Breedlove Just Doing Research Or Was He Trying To Profit From His Followers?

“When I actually made the first tweet, I didn’t even know that you had to tweet a link to activate a profile… I literally knew nothing about BitClout.” Bitcoinist’s first thesis was that Bitclout paid some influencers to talk about their project. The Bitcoin community, however, suspected that Breedlove was pumping his BitClout coin to then dump it and profit. It seems like they were right because that’s just what he did.

“That’s another area where I think it could’ve been a misstep on my part. Because my intention was to see what was going to happen to the market cap as a result of a tweet. And now, in hindsight, I’m like: you should have just overly disclosed that.”

The desire to “overly disclose” his intentions in the future was a main theme of the interview. Breedlove considers that he should’ve been clearer and that’s something we can all agree on. “Bitcoin, if you’re not even pure and forthright with your deepest intention in any word or any action, it will detect that and it’ll cut against you.”

Does Breedlove See A Problem In Leading Others To Buy An Asset That He Sold And Profited From?

This time, he acknowledged it from the get-go, “I think it is a problem.” And promised, “I will now try to over disclose these intentions.” However, for a good part of the Bitcoin community, “It’s a Faustian bargain to even touch a sh*tcoin.” 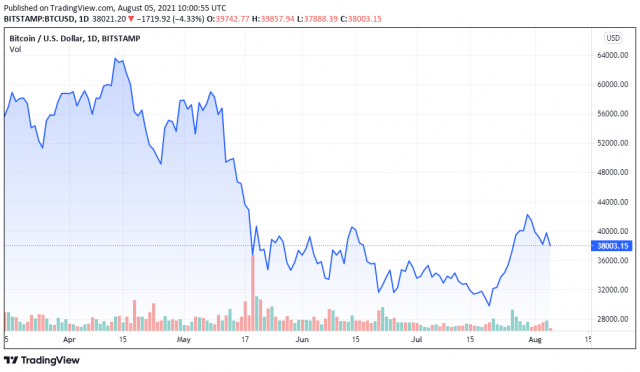 We’re in an economic, monetary war. Can we trust you to be on our side?

“No. You can’t trust anybody. That’s the ethos of Bitcoin. Don’t trust, verify” And that’s another thing we can all agree on. Then, Breedlove had an epiphany. “You can delay volatility with a lie. Smooth things over. But what you’re actually doing is exacerbating that ultimate volatility.” Was he talking about his essay? In it, he concluded:

Irrefutably, my course of action was depletive to bitclout and accretive to Bitcoin. My decision was based on an investment thesis developed through my own critical thinking, not by blind faith in the opinions of others.

Breedlove’s indirect endorsement of BitClout, that was the original problem. Not what he did with his coins. Now, he seems to see things differently. “Bitcoin has this capacity to just really burn away all falsehood. Even things you might not detect as falsehood in yourself.”

I am a student of #Bitcoin, and a fighter for freedom.

No need to trust me, you'll know me by my work. https://t.co/uN9YKApFcj

By the end of the interview, Breedlove seemed to see the error in his ways. “The way I’m leaning now is, I need to just take personal responsibility for the whole thing. I need to just own this. I created this little infraction against, call it the mission of Bitcoin if you will.” In fact, he took it one step further. “I just want to own the whole thing and say: you know what, I f*cked up. This is me, you know, I’m a human being. Whatever pedestal I was on, sorry I let you down.”

He even questioned his motivations, “Did I self-deceived myself into this whole thing? I don’t know.” And realized that there’s still work to be done, “I’m still in this confused, messy place, as a person, about it.” However, he got some clarity and finished the interview with deep insight. “Every time you think you have a certain thing figured out, that’s when you trip. And, you know, I hope to trip less.”

Will this be enough for the admittedly toxic Bitcoin community? Only time will tell.