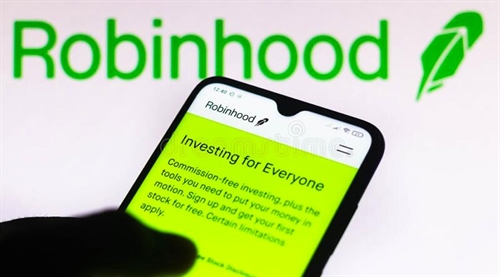 Robinhood announced Tuesday that it has agreed to acquire Ziglu, a fintech startup based in London that enables users to trade bitcoin and a variety of other cryptocurrencies.

Robinhood’s stock increased nearly 6% Tuesday following the announcement of the Ziglu acquisition. Since its July initial public offering, the stock has fallen 71%.

The acquisition will aid in the business’s expansion aspirations in the United Kingdom and Europe, and will bring an end to the US brokerage’s lengthy hiatus from overseas operations, the company said.

Second Big Push In The UK For Robinhood

The transaction provides Robinhood with a platform that enables clients to buy and sell 11 cryptocurrencies, as well as transfer and spend money internationally, the Menlo Park, California-headquartered business announced Tuesday.

This is Robinhood’s second big foray into the UK market, following the cancellation of a proposal to enter the market in July 2020.

Additionally, the push occurred less than two weeks after the business expanded its crypto wallet services to more than 2 million US clients.

The transaction might provide a critical boost to Robinhood’s growth prospects, which have dwindled since the GameStop trading frenzy last year.

Robinhood reported a decline in monthly active users in the fourth quarter of 2021 — to 17.2 million from nearly 19 million in the previous three months — and forecast first-quarter revenue of less than $340 million in 2022, down 35% year over year.

The deal’s terms were not disclosed, and the acquisition is still subject to regulatory approval, both companies disclosed Tuesday.

Since listing on the Nasdaq this summer, Robinhood has lost almost two-thirds of its market value.

“By combining our strengths with those of Ziglu, we’ll explore new methods to innovate and tear down obstacles for clients across the United Kingdom and Europe.”

“Ziglu and Robinhood share a common DNA of lowering the barriers to entry for a new generation of investors, and we look forward to working together to accomplish that purpose,” Ziglu informed clients in a message, according to The Block.

Ziglu, founded in 2018, enables users to send and receive payments, invest in a variety of cryptocurrencies, and earn interest on bitcoin and British pounds sterling holdings.

To date, the company has raised nearly $23 million, including $19 million from retail investors via equity crowdfunding platform Seedrs. It was previously appraised at $90 million.