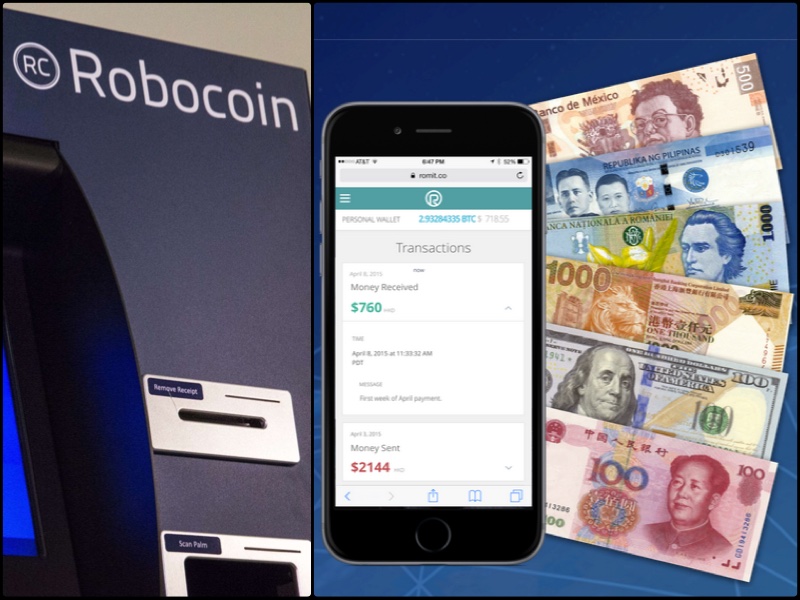 Robocoin, an early bitcoin ATM manufacturer, is rebranding itself as Romit and debuting new software aimed at the international remittance market. The features will go live at existing Robocoin ATMs around the world, as well as internet-enabled cashiers who install the Romit application. The technology leverages the bitcoin blockchain in order to provide cheap money transfers at rates competitive with Western Union and MoneyGram.

Robocoin was one of the earliest entrants in the bitcoin ATM space, releasing its first machine in October 2013. It was the first time customers could visit a physical location that would allow them to buy and sell bitcoin for cash. Since then, the company has faced challenges, such as strict know-your-customer requirements and shipping delays for some machine operators.

Now, the company is taking a somewhat different approach with their business. With the debut of the Romit remittance software and parallel rebranding, Robocoin is making an aggressive play on international money transfers. The product uses blockchain technology to facilitate cheap, instant transfers of cash without making customers deal with bitcoin themselves. Cash goes in and cash comes out — the blockchain handles the rest in the background.

The sender simply enters the phone number and location of the person they want to send it to, and the machine handles the rest. It automatically notifies the receiver via SMS message and gives the location of the nearest Romit-enabled machine where they can withdraw. The person receiving the money goes to pick it up, verifies their identity, and receives the cash in their local currency. End users never need to use a bitcoin wallet or worry about volatility.

For their services, Romit charges a flat 4% fee on any amount of transferred funds. This means that a transfer of $20 costs $0.80, a transfer of $100 costs $4, and so on. That rate compares favorably to traditional competitors in remittances — such as Western Union and MoneyGram — whose highly variable rates can fall anywhere between 7% and 50%. The cost difference is especially pronounced in transfers less than $200.

Although Robocoin first launched almost two years ago, its bitcoin ATMs haven’t achieved the level of penetration that some had expected or hoped for. There are currently only a handful of Robocoin ATMs installed around the world in cities such as Vancouver, Las Vegas, Mountain View, London, Singapore, Melbourne and Sydney. So although the machines can be found in several different countries, Robocoin simply hasn’t sold enough of them to support a global remittance network.

However, that is where the Romit software comes into play. The company has essentially rendered its own ATM obsolete by building an application which performs all of the necessary remittance functions on whatever device it’s installed on. The app is compatible with smartphones, tablets, and PCs — as well as any web-enabled kiosk, cash register, or traditional cash ATM. This opens up a massive potential user base that can be set up to send remittances on the blockchain.

“Romit lets Robocoin’s operators scale their businesses – not by buying more kiosks, but by onboarding partner stores with the Cashier app,” CEO Jordan Kelley told TechCrunch. “For example, our partners in Romania and Italy, a $1.1bn remittance corridor, have their sights set on market penetration and are looking to scale from three kiosks each to hundreds of Romit-enabled human and machine locations before the end of 2015.”

By pivoting the company’s focus away from bitcoin trading and toward global remittances, Robocoin is staking its claim on a market that is highly susceptible to disruption. It was already possible to use bitcoin — and especially bitcoin ATMs — as an avenue for cheaply transferring money across the world. Now, Romit is attempting to make that process short, sweet, and to the point — all while the bitcoin blockchain powers it in the background.

Do you think Romit will take off as a cheap solution for remittances? Sound off in the comments below!