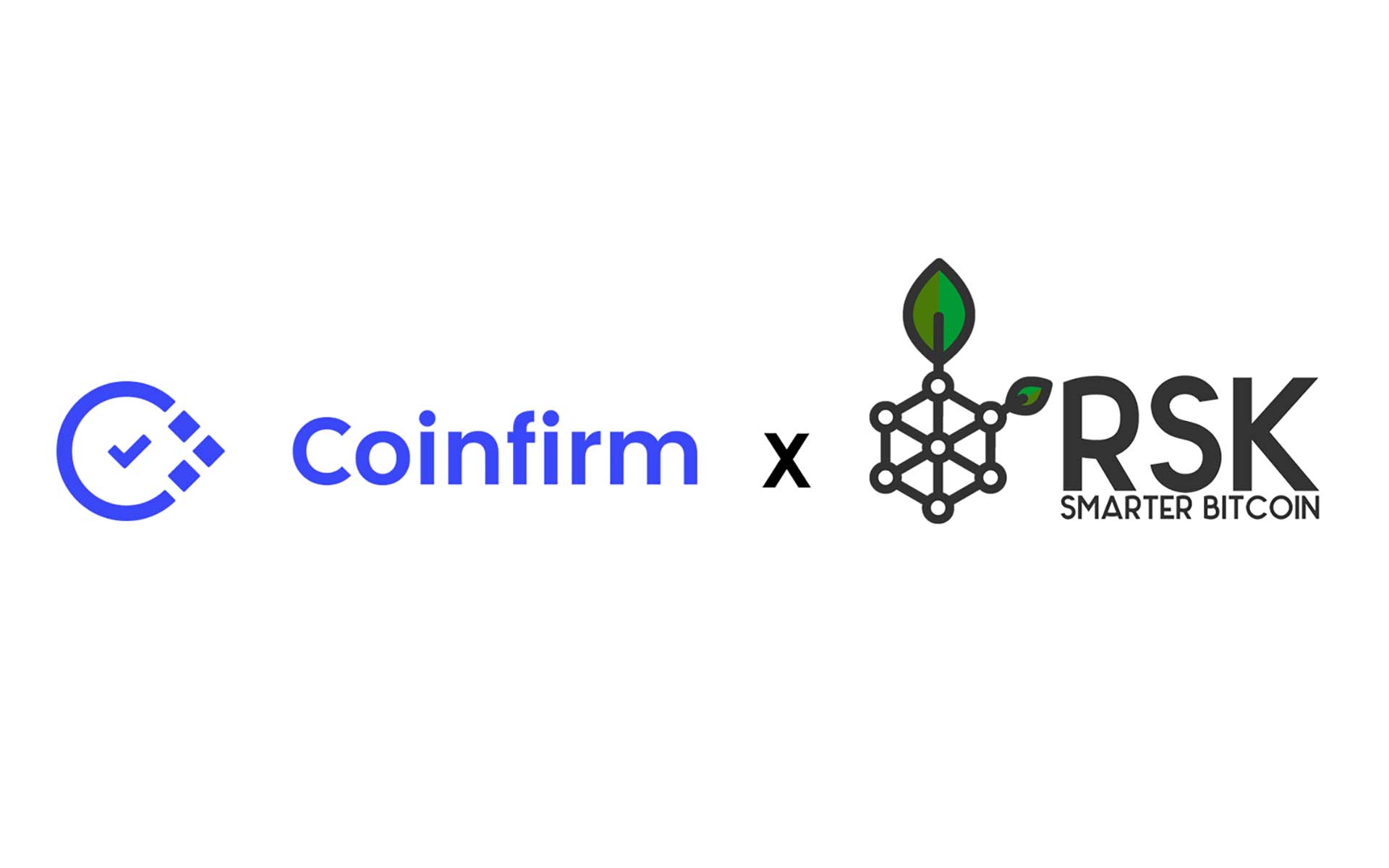 Set to bring smart contracts and new scalability to bitcoin, RSK  has partnered with Coinfirm and brought it into its federation to address AML/CTF through the team’s expertise and recognized blockchain AML/CTF Platform.

LONDON, November 22, 2017  – RSK, the company behind smart contracts for bitcoin, and leading blockchain regtech Coinfirm announced today a partnership to address anti-money laundering and counter-terrorism financing compliance for the cryptocurrency marketplace.  RSK  has brought in Coinfirm’s AML/CTF Platform along with its proprietary algorithms and big data analytics into its Federation. RSK has now added another strong blockchain player to its federation that has created an ecosystem that provides them with the best potential for their large-scale adoption and success.

With both companies comprising themselves of blockchain experts in their respective fields, this collaboration will efficiently address regulatory compliance issues such as AML and CTF through Coinfirm’s platform.

Not only having significantly improved smart contract capabilities in bitcoin, RSK has also been able to increase scalability within the ecosystem, having successfully accelerated transactions per second from 7 to 400. Subsequently, Coinfirm has been one step ahead of the ever-changing commercial scalability for bitcoin. A major strength of the Coinfirm AML/CTF Platform is streamlining and automating compliance processes for blockchain transactions, taking the process from a double-digit percentage of labor and time expenses to a practical, automated utility.

We are happy to welcome Coinfirm as part of the RSK Federation. We both share the vision about the importance of smart contracts powered by the Bitcoin network. Their strong commitment to compliance facilitates blockchain technologies becoming mainstream and the Internet of Value becoming a reality.

RSK is bringing a needed element to Bitcoin and taking the network and ecosystem forward. Coinfirm understands their importance and they understand our unique role in the future commercial and mass adoption of bitcoin so our joint relationship was a natural step for both sides. Together we’re going to continue pushing the further adoption of bitcoin around the world.

Recently the two entities linked up at Coinfirm’s monthly blockchain event Warsaw Block and spoke on RSK’s Federation and the role Coinfirm is playing as a part of it. Both RSK’s Ruben Altman and Coinfirm’s Pawel Kuskowski took to the stage to set out their planned collaboration on confirming transactions to create greater security and scalability within the blockchain ecosystem.

RSK Labs is the company behind the project codenamed ‘RootStock’, a smart contract platform with a 2-way peg to the Bitcoin Blockchain. RSK founders have been actively involved in the Bitcoin ecosystem and smart contract development since early 2013. The company was founded in 2015 and its initial white paper was later published in December 2015.

Coinfirm is a recognized leader in their field and ranked among the most influential blockchain and regtech companies and serves as a foundation for the safe adoption and use of blockchain. The Coinfirm AML & Compliance Platform uses proprietary algorithms and big data analysis to provide structured actionable data that increases efficiency, reduces costs and streamlines compliance to near automation. The blockchain agnostic platform not only benefits companies operating around blockchain but also major financial institutions, asset management companies and BI companies. Coinfirm has also recently released it’s AMLT Token to allow for market participants to help provide information and democratize the financial system.