When it comes to explaining bitcoin to a novice user, you will eventually run into the problem of finding a suitable bitcoin wallet for them to use. There are plenty of good wallets out there, but wouldn’t it be easier if they could use an exchange wallet to begin with? However, considering that several bitcoin exchanges have been hacked over the past few months, storing your coins in an exchange wallet might not seem like a good idea. Swedish Bitcoin exchange Safello hopes to change that. 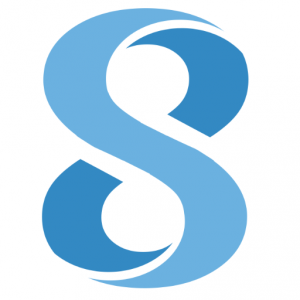 A bitcoin exchange creating their own wallet service may sound like a conflict of interest at first, but not so where Safello is concerned. Granted, they let you buy and sell bitcoins in exchange for fiat currency on their platform, yet that also gives them a better idea of what kind of bitcoin wallet would be most suitable for novice users.

And it is exactly those novice users who struggle with grasping the concept of signing up for an exchange yet needing a separate piece of software to store their bitcoins. Safello wants to cater to these users in order to raise Bitcoin adoption across the European Union – and eventually, the entire world.

If you are a user of the Safello exchange platform and you can convince your friends to do the same, sending funds among each other becomes a breeze. The Safello Bitcoin wallet will let you send Bitcoin to a specific alias instead of having to copy their entire Bitcoin wallet address. This is just one of the many interesting features this wallet brings to the table.

We all like to check our Bitcoin transaction history. When you do this with the traditional Bitcoin client, you won’t see all that much relevant information. The Safello Bitcoin wallet presents users with an informative infographic, detailing the entire transaction history from the date a specific address was generated up until right now. All of this information is available on Blockchain.info, which is where Safello gathers its data from and uses their own graphical interface to display said information.

Last but not least, the Safello Wallet offers a “Verified Accounts” feature, which nullifies the risk of sending money the wrong person – or someone trying to steal your coins by stealing another user’s identity. If you are sending funds to a user who also uses the Safello Wallet, they will receive a little checkmark next to their name, indicating this is a Verified person/company, and that you are sending funds to the right account.

Once you have completed all of the steps to set up your Safello Wallet, you will notice there is another interesting feature we have not talked about yet. Every Safello Wallet is able to generate a public wallet and a private wallet. This system can be compared to having a Bitcoin wallet for hot storage and one for cold storage.

What do you think about the Safello Wallet? Let us know in the comments below!

All images courtesy of Safello