Data analytics platform Santiment has concluded that Ethereum based altcoins might be at the forefront of the next bull market.

The End of the Bear Market Draws Near

The last two quarters of 2018 have been dominated by talk of a Bitcoin-ETF approval by the U.S. Securities and Exchange Commission (SEC), institutional investment, Bitcoin [coin_price] closing the year above $10,000 and a bull market reversal by occurring toward the end of Q4 2018 or Q1 of 2019. It seems that literally everyone is waiting on a market reversal and analysts are on the fence regarding whether Bitcoin’s low volume and record lack of volatility are positive or negative signs.

The analysts at Santiment believe that a bull market is already in the making and the data analytics platform primarily focuses on public blockchain activity and social media sentiment analysis.

Their most recent ‘Signals’ newsletter discusses three key areas they believe support this point of view.

While the current stability of BTC and ETH seem boring to many, Santiment analysts have observed that over the last month “a number of ERC-20 projects completely [broke] their ETH price interdependence” which means many tokens are now marching to their own beat instead of moving in step with ETH price.

For example, yesterday Basic Attention Token jumped 25% after Coinbase announced they will list token and this was after the altcoin rallied 25% on the release of an update for Brave browser about two weeks ago. 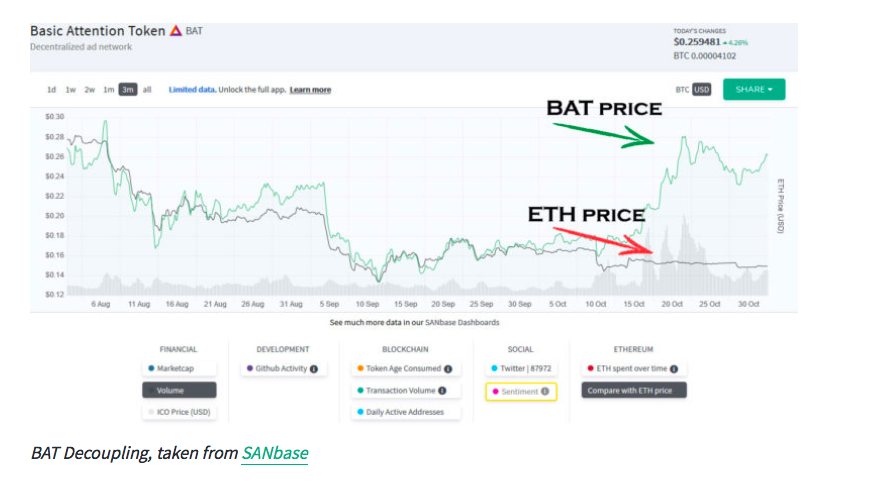 According to Santiment, MKR and ZRX also appear to be following the same “ETH decoupling pattern” and this divergence is unique as BAT, MKR and ZRX traditionally mirrored ETH price [coin_price coin=ethereum] action. 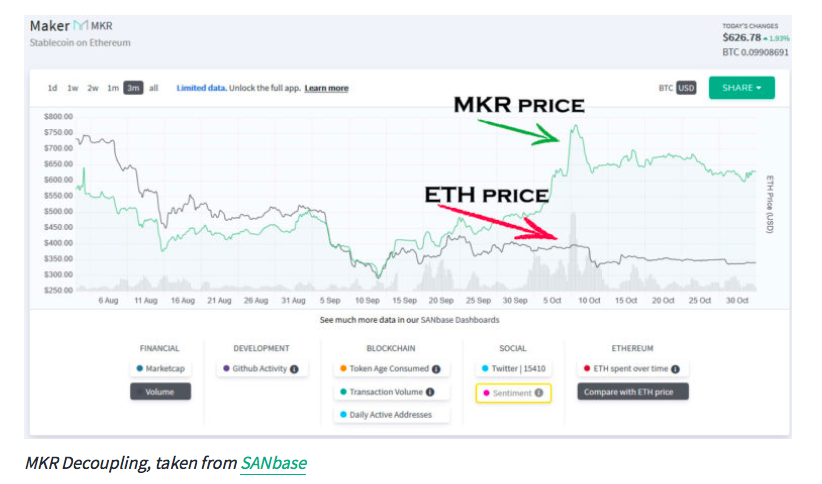 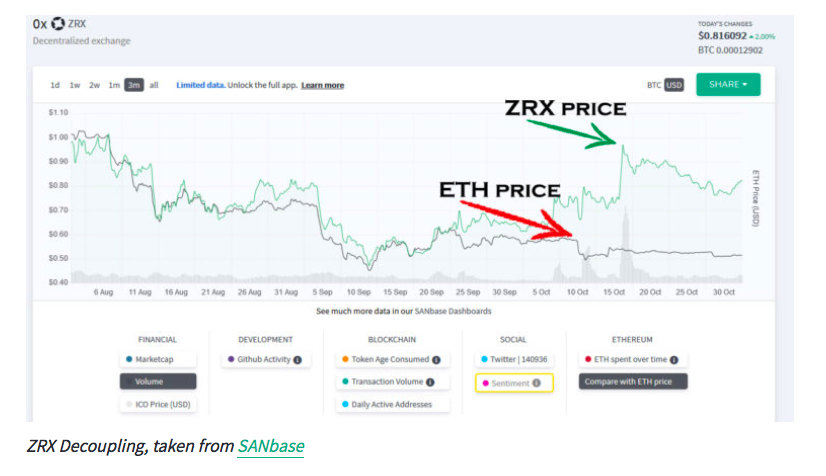 Santiment also found that each altcoin had strong on-chain activity and the bullish price action was clearly visible on-chain. Their third ‘bullish’ measure incorporates a rather unconventional observation of “behavior analysis” to gauge the “social volume” of each token by the number of mentions across various crypto-associated social media. 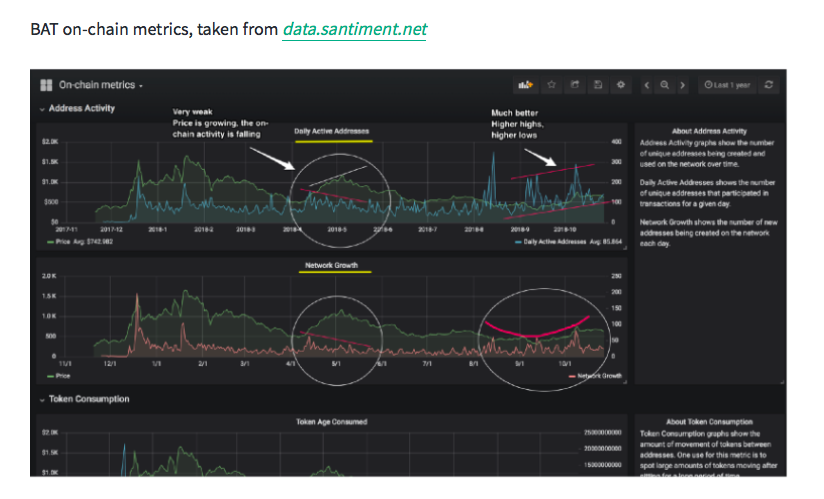 Altcoins Could Save the Day

A combination of these three factors led Santiment analysis to conclude that cryptocurrency projects built on Ethereum blockchain are slowly leading the market into a bull run.

They do concede that market could drop another notch before reversing course but Santiment feels confident enough about the current market set up to conclude that “The bull market has started. It’s not about “when” anymore – it’s about “who.”

Do you think altcoins ‘decoupling’ from Ethereum is a sign of the start of a bull market reversal? Share your thoughts in the comments below!