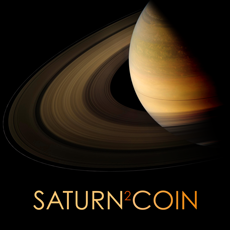 SaturnCoin: Change to SAT2 and its new specifications

SaturnCoin has done much to imrpove upon their coin with a great developing team striving to get the best out of their coin. Their press release can be found here. One of the big things that the SaturnCoin team has done is the elimination of the original premine that had been in place by the original developers of SaturnCoin. However, as seen in the document, the premine had been straight deposited into Mintpal and Cryptsy by the original developers back in March, and had already been dumped. Therefore, there was no need for the premine to be blocked as it had already been purchased by other users, which I for one, consider as a good thing.

Originally, it was wanted for SaturnCoin to be transitioned into a PoS, but as known, most ways to transition into PoS would fork the coin which is not wanted for the coin. Therefore, the creation of a new coin was due. It will be abbreviated SAT2 and it will be a hybrid PoW/PoS. The total coin supply will also be down from 7.77 billion to 7.77 million which is a huge difference concerning total supply, and marketcap. SAT2 will be exchanged at a rate of 1SAT2 = 1000 SAT. Detailed Coin specifications are the following: –

Most coins implement these through their premine, but it is very hard to believe that the coins held in the development fund are not simply going to be dumped on the market. Other than that, the premine is also used to pay off bounties, and after that is done, there isn’t as much left for the actual development. Therefore, the SAT2 development team has a good idea in place to solve both these issues which works as follows:

At the start, this fund is empty
– For every minted block, a small % of the reward gets deposited into the development fund
– It will be up to the community to collectively decide what these funds will be used for (like
creating a new bounty and deciding what the reward for it would be, as well as deciding
whether the developer in question has fulfilled the task well enough to be eligible to receive
the bounty payment)

The new codebase is already ready and the genesis block has already been mined. It would however not make sense to release this immediately while the SAT -> SAT² transition is taking place on the 30th of June. This would only cause the initial supply to start staking prematurely. Therefore we are planning to release the new blockchain the Friday before the transition, which is the 27th of June 2014.

Plans for The Future

An extract from the announcement itself:

“We are looking forward to attract vendors, because they are crucial for real world usage. To do so
the SAT² blockchain will be used not just to store information about transactions, but specific kinds of
information related to transaction or people/entities involved, depending on what sellers need to be
sure about safety of transactions, and what sellers are willing to share.

“In this way the use of SAT² will be safer and protected by the buyer-seller themselves, without any
central control. Informations stored in the blockchain, transaction after transaction, would build a
history building up transaction safety. ”

“In parallel to this there will be another application, using the blockchain as an advanced storage
system for specific applications and distributed data services, but on this one we can’t reveal much
more at the moment. ”

“The features that are being worked on are strongly geared towards real-world adoption, for usage by
anyone online (including those who don’t use crypto directly at all). Think of open API integrations
into non-crypto systems (and think beyond the bounds of only transferring money). The possibilities
are endless. And the opportunities for bringing new concepts closer to the general “non-crypto”
public are huge.”

A new website is also being launched today, found here

The SaturnCoin team is obviously dedicated to their project, and they have big plans in store for their coin. With the creation of a new coin that will also include a PoS stage, and a lowered total supply down to 7.77 million, they are showing signs of a very focused development team. I also like the idea of a community development fund that won’t be funded by a premine. This is a true community fund as they have the decision whether they want the development to keep on going strong. This helps a coin gain trust from its followers as it is not being done by a premine which many people don’t agree with. Overall, the plans in store for SaturnCoin are very good, and remember that the price of a coin never reflects the actual value of said coin. A month is left before the transition, and expect some big movements as we creep closer to that date.