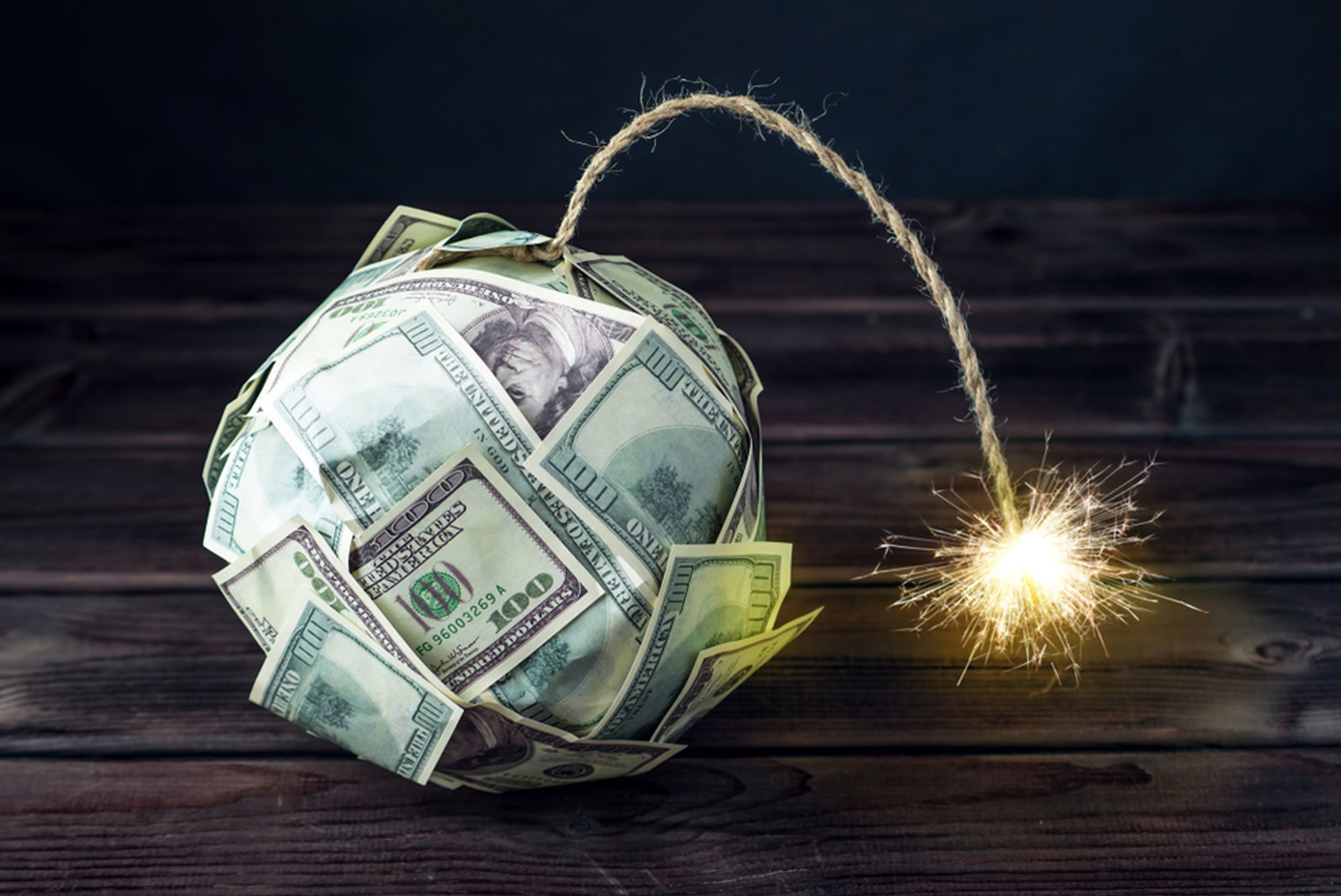 Bitcoin is increasingly being viewed as a store of value, even US politicians are now accepting this notion as investors grow increasingly wary of fiat and its propensity for devaluation. One of the biggest fears is a repeat of the global financial crisis which wiped billions off stock markets and plunged economies into turmoil.

The next one could be closer than we think and there are a number of trigger events that may set the avalanche in motion which would lead to a massive reallocation of assets in our financial system. CEO and Co-founder of BnkToTheFuture.com, Simon Dixon, highlighted some of the events that could trigger the next economic collapse.

Government debt is out of control in most major global economies which have been using financial markets to borrow excessive amounts of money. The debt is so large now that governments cannot meet their financial liabilities and it has gone into a negative return. There is an ever-increasing debt ceiling in the US as the debts spiral out of control which could trigger another meltdown.

A second trigger event could be the stock market which propped up by debt rather than natural consumption. The central bank also injects money into the markets by lending at artificially low rates through schemes such as quantitative easing. With billions entering the economy, some of the larger companies can have excessive profits which enable them to have stock buyback schemes. These could eventually turn investors off the stock and bond markets.

A global movement towards discouraging savings has resulted in negative interest rates in many countries. Fractional reserve banking, whereby a bank does not need a deposit to issue a loan, also contributes to excessive debts as does the lack of saving deposits which now costs money under negative rates.

Insolvent pension schemes whereby governments do not have enough to meet their obligations could also become a trigger event. Traditionally pension plans have invested in lower-risk asset classes such as bonds but with higher yield sought they will be going into higher risk classes such as stock markets which are artificially propped up by debt.

Over-dependence on student loans whereby students were sold the promise that once qualified, a better job would enable them to pay off the debt, has resulted in too many with degrees and masters still deep in a growing debt cycle. Banks also encourage the debt cycle by offering low-interest loans which exacerbates the entire debt crisis.

Credit card debt is also on the rise and a lot of people are reallocating loans and mortgages through lower repayment credit card systems with little intention to pay it all off. This could lead to another trigger or systemic risk event in a credit card crisis.

An over-dependence on real estate markets could also spark off an economic crisis. Banks, which can print money, rely on lower-risk assets such as property to issue mortgages. Banks were encouraging people with lower credit ratings to take on loans (subprime mortgages) in order to ‘own’ their own property, which also created artificial prices and a false sense of security from those taking the mortgages.

Anyone of these trigger events could cause a meltdown in the current financial system which would lead to massive wealth distribution. Bitcoin has a lot going for it with these factors in mind. With its finite supply, approaching halving event, mathematical integrity, immunity from the political and banking systems, and a growing mainstream and institutional interest, BTC could be the place to go when the financial walls tumble down again.

Would you invest in bitcoin to survive the next crisis? Add your comments below.