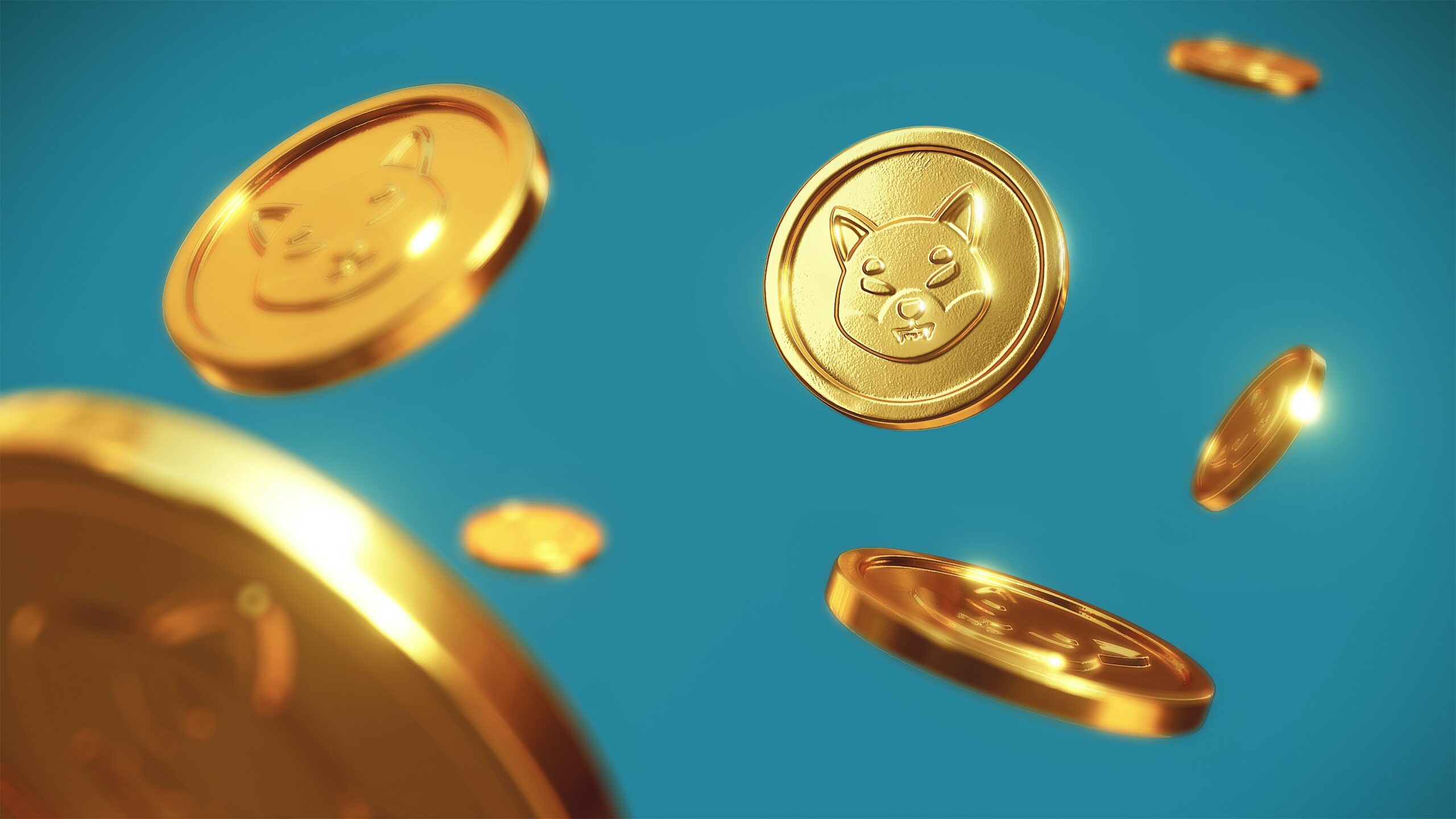 Shiba Inu has declined another 3% in the last 24 hours, but the meme coin remains the top dog of the Ethereum whales.

Shiba Inu Continues To Slide, But Whales Hold Onto It

Recent months haven’t been the best for the cryptocurrency market, as even the top coins like Bitcoin and Ethereum have suffered deep negative returns, but SHIB has had it especially worse lately.

At the time of writing, Shiba Inu is trading around $0.00000795, down 3% in the last 24 hours. Below is a chart that displays the trend in the asset’s value during the past month. 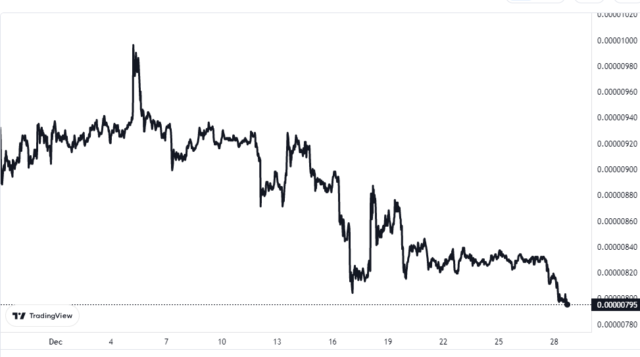 The graph shows that this final month of the year hasn’t been kind to SHIB holders, as the coin has dropped almost 15% in value during the period. For comparison, Bitcoin profited 1% for the same period. However, rival-coin Dogecoin has observed a decline nearly double that of Shiba Inu’s, as DOGE is down 28% over the past month.

Regarding the weekly performance, SHIB investors are at a loss of around 3%. While the crypto is having a terrible end to a terrible year, where the coin has lost more than 77% of its value, there might still be some hope left for the meme coin’s holders for the next year.

According to data from the Ethereum whale tracker WhaleStats, Shiba Inu still holds the biggest of the top 5000 ETH whales.

These whales hold about $46.8 million in SHIB, approximately 2% of their entire holdings (most of their supply comprises stablecoins). This amount is low, especially when these whales used to hold $1 billion in SHIB earlier in the year.

However, it’s also true that they have shed holdings of other coins throughout this bear market. Therefore, the fact that SHIB is at the top of their list shows that they still see relatively more value in holding the meme coin, which could thus be bullish for the coin’s price.

A consequence of Shiba Inu’s recent bad performance has been that the coin has been slipping down the top crypto by market cap list. Here is a table that shows where the meme coin currently stands among the broader market:

It wasn’t long ago that Shiba Inu was the 13th largest coin in the market, but it has since tumbled down to the 15th position on the list.

Shiba Inu Bags ‘Most Popular Starter Crypto’ Title, According To This On-Chain Analytics

Shiba Inu Gets Another Boost As Robinhood Launches Wallet