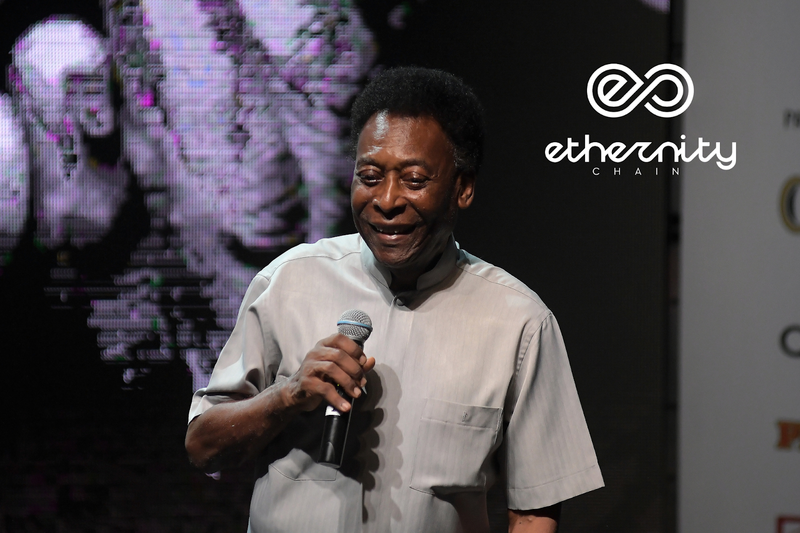 The Pelé Foundation will receive 90% of NFT sales to empower children battling poverty around the world.

Ethernity, which is auctioning digital artwork featuring crypto, sports, and investment icons, is set to host an NFT collectible based on iconic Brazilian soccer player Pelé. The launch of Pele’s token comes at a time when the NFT market is truly thriving.

The Black Pearl will be up on Ethernity’s marketplace for authenticated non-fungible tokens, or ANFTs, on May 2nd. Despite retiring in 1977, the striker remains widely regarded as the greatest soccer player of all time.

Pele’s first-ever crypto cards were developed by Australian concept artist Kingsletter and Visual Lab. The collection honoring Pelé is expected to top all Ethernity’s previous card sales and rank as one of the highest-priced soccer cards ever sold.

The recent craze around sports non-fungible tokens (NFTs) comes amidst an explosion in mainstream interest. NFT markets are really taking off in a big way in 2021 with average monthly trading volume topping the total for all of 2020.

The nascent marketplace saw collectibles from the likes of Kansas City Chiefs reportedly selling $3.4 million worth of NFTs on a single day. A single piece of crypto art from American artist Beeple also sold for $69 million to become the most expensive digital image ever.

Ethernity provides an avenue to auction off art and other NFTs

Ethernity Chain specializes in non-fungible tokens, a form of blockchain-based assets with a unique identification code, which explains why it stands out for its status as a collectible item. With prices soaring, collectors and enthusiasts rush to buy items which only exist in digital form.

Ethernity saw steady growth since its launch last month as the platform has amassed notable listings, including its top-priced Legendary Edition NFT, which sold out for $162,000 after having attracted 22 bids.

Ethernity Chain also produced other successful authenticated NFTs including the “Limited Super Edition” and “2012 Original,” which sold for $173,824 and $224,8000 respectively.

Built on the Ethereum Network, Ethernity is dedicated to donating the proceeds of digital art auctions for charitable causes. Global stars lend their image to limited-edition artworks, with proceeds going to the star’s chosen charity.

Celebrating the legacy of soccer legend

More than four decades after his playing days ended, Pele is still universally described as the world’s most famous and talented footballer. He led his country to three World Cup victories in 1958, 1962, and 1970.

But Pelé doesn’t have a one-track mind. He had supported a multitude of different charity organizations and previously worked with FIFA as an ambassador against racism as well as with UNICEF to advocate for children’s rights. He has moved on in 2018 to inaugurating his own organization, called The Pelé Foundation, which will receive  90% of Pelé NFT sales to empower children battling poverty around the world.

The first in a series of Pelé NFTs will be followed by another batch due for release later in the year. The token proceeds will help Pelé’s organization expand to cover issues such as gender equality and will eventually birth offshoot programs.