With reports claiming that Asian traders are responsible for the bulk of the upward price action in Bitcoin and altcoins, it comes as no surprise that their governments want to gain some control of the runaway markets. With South Korea reportedly accountable for over a quarter of the global trade in crypto currency, its government is considering taxing cryptocurrencies.

The average citizen can partake in this feverish market, and South Koreans are taking to cryptocurrencies in droves. Governments are naturally cautious entities, especially those in Asia which tend to be more autocratic than their western counterparts. According to a Reuters report, the South Korea government said on Wednesday that it may tax capital gains from cryptocurrency trading as concern from global regulators about a bubble escalated. 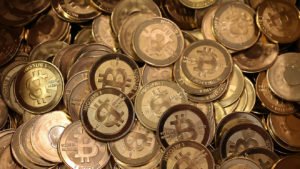 Warning from Down Under

Australia’s central bank chief also issued a warning of a “speculative mania” that has caused prices to skyrocket over the past month. A further step towards virtual currency mainstream acceptance was made when US exchange CBOE launched their Bitcoin futures contracts on Sunday, with CME to follow this weekend. Policy makers have been forced to pay attention to cryptocurrencies now that they are gaining more momentum.

An emergency meeting today in Seoul concluded with the government stating that it will consider taxing capital gains from the trading of virtual coins and will also ban minors from opening accounts on exchanges. According to Reuters, the head of marketing at Hong Kong-based exchange Gatecoin, Thomas Glucksmann, stated:

The regulations in Korea will not have a negative effect, licensing brings certainty, which encourages already regulated entities … to get involved in addition to skeptical retail investors.

South Korean crypto exchange giant Bithumb stated that it would be fully compliant with any potential regulation from the government and adequately capitalize itself to protect its clients. Earlier this week, the finance minister said that ministries are in talks to decide whether such trading should be regulated. The chief of the financial regulator said some Justice Ministry officials are calling for an outright ban on cryptocurrency trading, though no official decision has been made.

Bitcoin-related shares in Seoul tumbled in early trade on news of the government’s emergency meeting, but they soon rebounded as the statement did not confirm any prohibitions. Bitcoin itself has been trading sideways for a couple of days and currently sits just below $17,000, according to Coinmarketcap. Litecoin, a favorite in Korea, reached an all-time high yesterday, and Ethereum and Ripple are currently trading at their highest levels. Any speculation of South Korean regulation has yet to affect crypto market prices.

Will a Korean clampdown affect global crypto markets? Share your thoughts in the comments below.