There is never a dull day in the crypto-sphere, and the altcoins are dominating the action this week. With Litecoin surging to all-time highs of over $340 yesterday and Ethereum making similar moves a few hours ago reaching $660, we are left wondering which coin will be next.

Those ‘hodling’ XRP may have been getting that sinking feeling that crypto mania has left them behind. Having recently been relegated from its fourth position in the coin market capacity league by LTC, Ripple has been waiting for a resurgence. 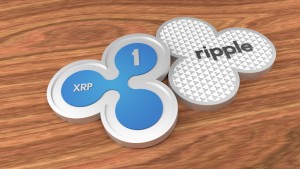 XRP has been pretty much inactive for the past half a year. The last time it made any serious moves was back in May when it reached $0.40. May was the Big Bang for crypto with all of them inflating into the universe at the same time. Since then, Ripple has slowly sunk back towards the $0.22 level, where it has been languishing for months. Small movements up to around $0.27 were about all the excitement we could expect out of this altcoin … until now.

According to a report in the Nikkei Asian Review, banks in Japan and South Korea will begin testing blockchain technology from the San Francisco fintech firm this Friday. The goal is to achieve same-day international fund transfers while cutting costs by 30%. SBI Ripple Asia leads a group of 61 Japanese banks that will be at the forefront of the trials. Seoul-based provider of blockchain solutions, DAYLI Intelligence, will handle the South Korean side. If successful, the Ripple blockchain could be facilitating fund transfers between Japan and South Korea as early as spring next year. Using XRP to send funds could save the banks and their clients up to 60% when compared to conventional methods. 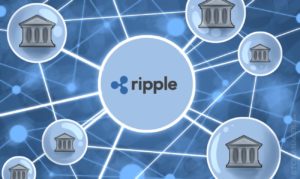 The price reaction to XRP was quite dramatic. The dragon finally awoke and headed up towards the key resistance level of $0.30, which was tested, then broke at 20.00 UTC. From there, the only way was skyward, and the next couple of hours saw the coin head to an all-time high of $0.43, according to CoinMarketCap.

The market has since corrected, and XRP was trading at $0.39 at the time of writing, up 46% in the past 24 hours. The crypto firm decided to put 55 billion XRP in escrow last week to keep prices under control, releasing it slowly as needed. Many crypto traders have been wary of Ripple due to its close ties with the banking industry, but those that have been ‘hodling’ have finally got some rewards.

What are your thoughts on Ripple: as good as any crypto or too close to the banks? Share your opinions with us in the comments below.