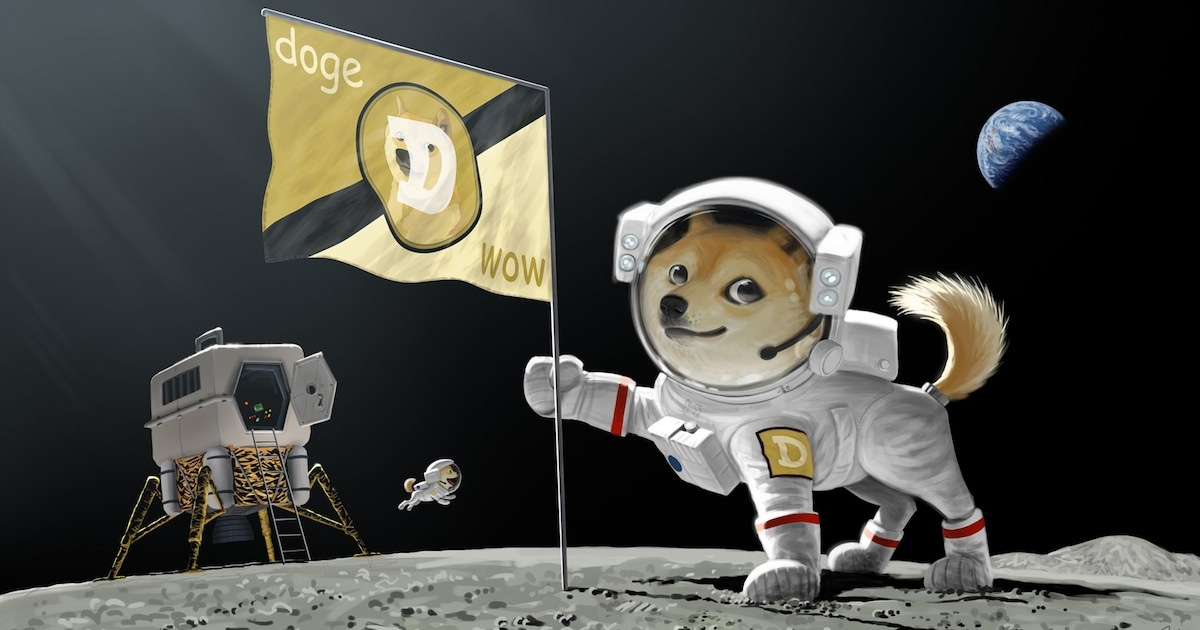 Dogecoin has always been destined for Space. Dogefather Elon Musk has always made that clear. When the billionaire had first tweeted about the project that was scheduled for 2022. But one thing that was not anticipated to be in space is ads. It seems that amongst billionaires and rocket ships headed to space, advertising is headed up there too.

A recent partnership between SpaceX and Geometric Energy Corporation (GEC) will see advertisers be able to place ads in space. The ads will be projected from a space ad satellite that is scheduled to launch into orbit soon. The satellite will feature a pixelated display screen on the side of it. Which is where the ads will be displayed on.

The exact type of satellite to be launched is a kind called a CubeSat. The CubeSat will be loaded onto a SpaceX Falcon 9 rocket. And then release the CubeSat into orbit before the rocket reaches the moon.

Advertising On A CubeSat

Anyone is able to advertise on the CubeSat after it launches. This can range from small companies to big advertisers. Interested parties will be able to put any illustrations or images they want to be advertised in space.

The process to get ads on the CubeSat involves buying tokens for the ads. There are five tokens made available for this project. The Beta for X coordinates. Rhoe for Y coordinates. Gamma for the brightness on the CubeSat. Kappa for the color. And lastly, XI will be for the time.

These tokens determine where the ads are placed. Also will help people to determine what the pixels they pick would look like when projected. While XI tokens will determine how long the ad will be up for.

The tokens for the ads can be paid for using Ethereum. With the company (GEC) saying that it will eventually introduce Dogecoin payments for the tokens. But presently, there is no official price for which these tokens are going to be sold.

Related Reading | The Dogs Are Back: Dogecoin And Shiba Inu Post Massive Gains In Weekend Run-Up

“There might be companies which want to depict their logo. Or it might end up being a bit more personal and artistic. Maybe Coca-Cola and Pepsi will fight over their logo and reclaim over each other.” – Samuel Reid, CEO, and Co-Founder, GEC

The project is scheduled to launch in early 2022 with the SpaceX Falcon 9 rocket launch. The CubeSat will be fitted with a selfie stick that will live stream its screen on either YouTube or Twitch.